Some things seem difficult and easy to act, while others seem simple and difficult to do.

Accurate positioning is the most important.

Originally, I planned to make up for the regret of the summer vacation.

I rode back to school for about a week near the winter vacation.

I thought I would ride home and get everything ready.

There was a problem in time.

However, the bicycle is always a bicycle in school.

It is not a tool for travel.

If I really use it, I can reflect its value, so I thought I would mail him back to Jinan and ride it for my family, Then contact China Railway Express.

Unfortunately, China Railway Express, where the school is located, didn’t arrive at the train in Shandong.

“Why don’t you send it to Beijing? The car in Beijing is so difficult to ride.” Thinking, um! If it was feasible, I contacted China Railway Express.

After consulting, the price and speed were OK.

I decided to ride to the railway station on the holiday day, and then I took the bus home.

Everything was ok, but I brought a little more things, I carry two bags directly behind me (big bag), don’t hang up a bag.

It’s really hard! Then I don’t have a long memory after returning to Beijing.

I’m so tired! It took me two hours to ride by mail.

It took me four hours to ride back from Beijing.

Don’t take anything else! 2.

Burp, don’t ride a bike! I started burping the day before.

More innovations on the car Make storage space, or you’ll have to tape the pump to the car like me.

Adjust the car to its best condition! 6.

Pay attention to safety and don’t look around! 7.

Again, don’t bring anything else! 8.

12 ways to save money by riding old birds 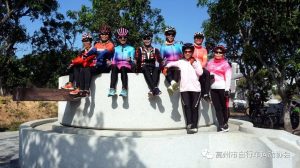