Nowadays, the transportation function of motorcycles is gradually weakening, and the leisure and entertainment functions are gradually improving.

In particular, some young people like to buy Motorcycles for a while.

The traffic police remind us here!!! Don’t forget to take it with you when cycling – safety awareness, legal awareness and social ethics awareness.

Details: at 15:46 on June 24, 2021, the traffic command center of the public security traffic police department found a motorcycle running from east to west at Heping intersection of Zhongwu Avenue, without a license plate and running a red light, The command center immediately commanded the ground brigade to organize interception.

Motorcycle drivers refused to cooperate in the face of traffic police interception and fled frantically with their own flexibility.

Finally, at about 16:20, the traffic police arrested the car in the blue science and technology cultural and creative industry park on Huaide road.

The driver Zhou confessed to the illegal act, and the police fined him according to law, recording 15 points.

After investigation, the driver Zhou has just bought a motorcycle and has not had time to apply for a license.

He has just obtained an additional motorcycle driver’s license and has only been in hand for more than 10 days.

In other words, Zhou’s motorcycle driver’s license is still in the internship period.

According to the regulations, if a motor vehicle driver has a road traffic safety violation during the internship period and is recorded with 12 points, his driving qualification of the licensed model for internship shall be cancelled.

Let’s take a look at all kinds of motorcycle violations found by the traffic police # case exposure # slide to see the next picture > the police intercepted two two wheeled motorcycles breaking into the restricted area on Feilong Road, Changjiang Road.

After checking that the information of vehicle personnel is correct, the two drivers will be fined 100 yuan and recorded 3 points according to law, At the same time, strengthen its publicity and education.

When the police were on duty at the intersection of Longjin Road, Tongjiang Road, they found a person riding a motorcycle without a helmet, so they carried out a routine inspection.

The driver Su Moumou was suspected of driving a motorcycle without a license after verification, and the motorcycle has been temporarily suspended for further treatment.

The police found that the motorcycle broke into the restricted area at the intersection of Tongjiang Road, Longcheng Avenue.

The police imposed a fine of 100 yuan and 3 points on Zhai, the motor vehicle driver, driving a three wheeled cargo motorcycle with license plate No.

When the police were on duty at the South Bridge of cuipinghu Road, they found the Su lr6185 ordinary two wheeled motorcycle driven by the drunk driving suspect Yin Moumou at the scene.

The police tested the driver’s breath, and the breath result of alcohol was 63mg / 100ml.

They were suspected of drunk driving.

The police suspended their driver’s license according to law and further handled it by the traffic police squadron.

When the police carried out the special rectification of drunk driving on Yetang Road, Luoxi Town, the driver Wang was investigated and punished for driving a two wheeled motorcycle without a license plate.

The alcohol breath test was carried out on site.

The result was 23mg / 100mL, which met the drinking driving standard, and Wang had a criminal record of drunk driving.

He was seized by Xuejia squadron of Xinbei brigade at the intersection of lvtang line of private third road in 2019.

Although motorcycles are convenient and fast, please care for life, safety and civilized travel.

Don’t let traffic violations become a tragedy in your life. 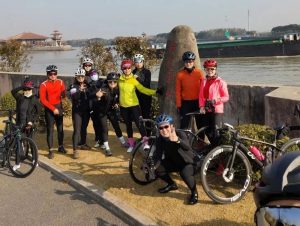 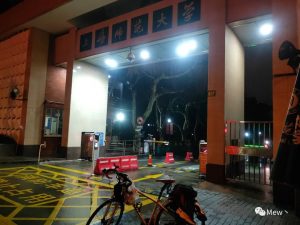