“The handsome guy who wears dark green clothes, glasses and drives a black electric car, please put on your helmet!” Recently, a video of a Fujian Putian UAV shouting at high altitude to correct violations was hot.

Many netizens of Putian traffic police in Fujian said that such high-tech law enforcement is very handsome and efficient.

It is suggested to promote ▽▽ across the country to mainly capture traffic violations such as retrograde vehicles and illegal parking.

It is reported that Putian traffic police department began to use UAV high-altitude investigation in September last year in order to accurately crack down on traffic violations, It is specially used to capture road traffic violations.

At present, the traffic police detachment of Putian Public Security Bureau has established a “UAV team”.

The team has two UAVs, with 10 members, of which 6 have UAV driver’s license.

It is reported that the UAV can patrol in the air of 50 meters, with a maximum flight time of 30 minutes and a flight radius of 15 kilometers.

△ data map | visual China has investigated and dealt with more than 2000 traffic violations this year.

After several months of communication, their girlfriend suddenly disappeared, but the police called and said…

Does cycling affect sexual function? Do you dare to “drag racing” 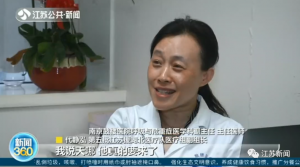