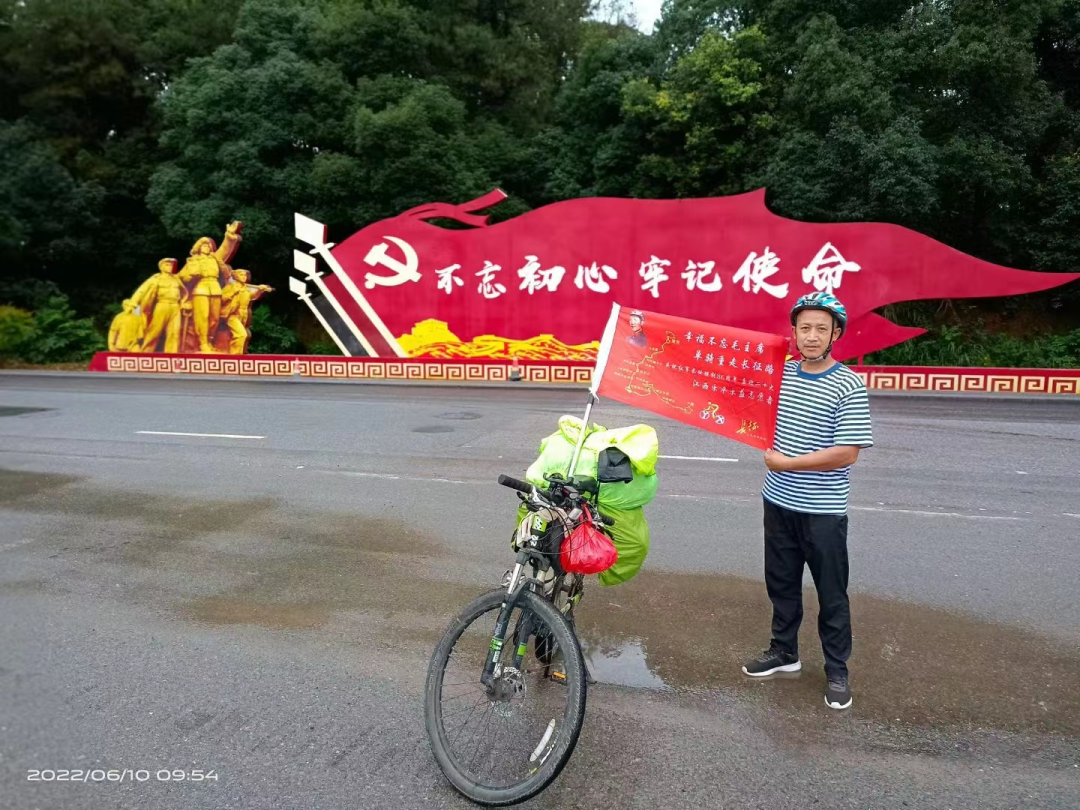 Today’s peaceful environment is the result of countless heroes and martyrs’ bloody battles, which future generations should always remember. 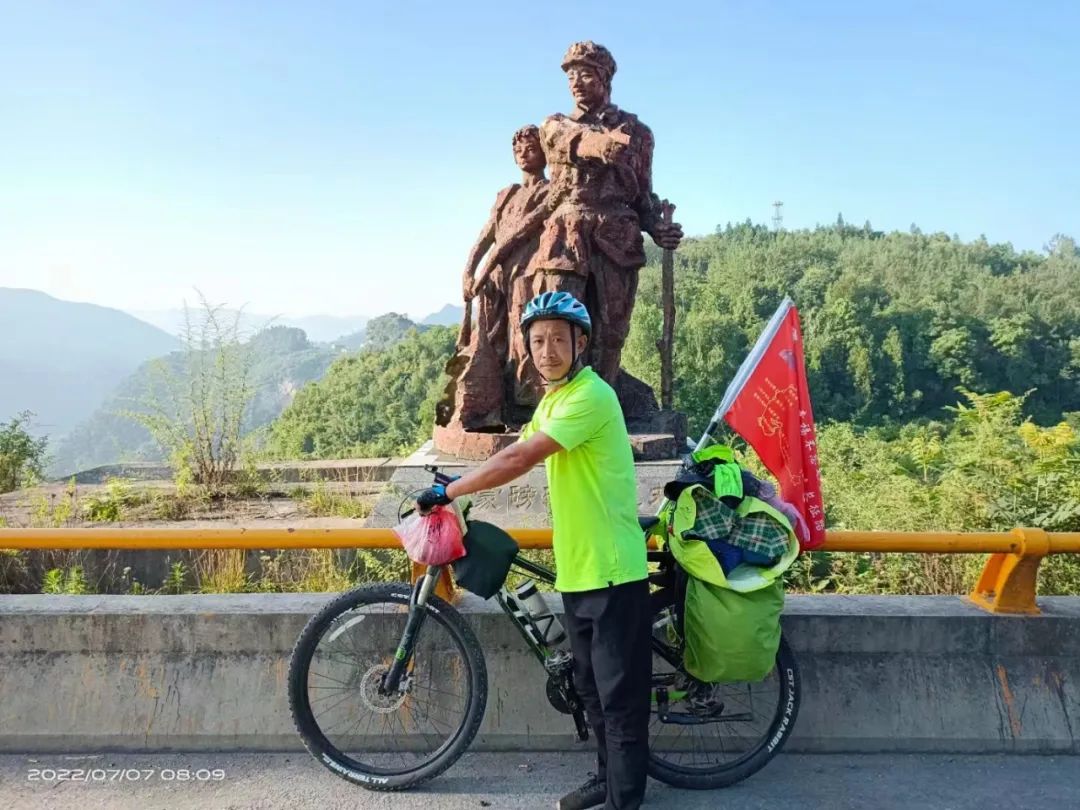 A man is about to set out, take the long march road of the Red Army by cycling, and feel the red history. 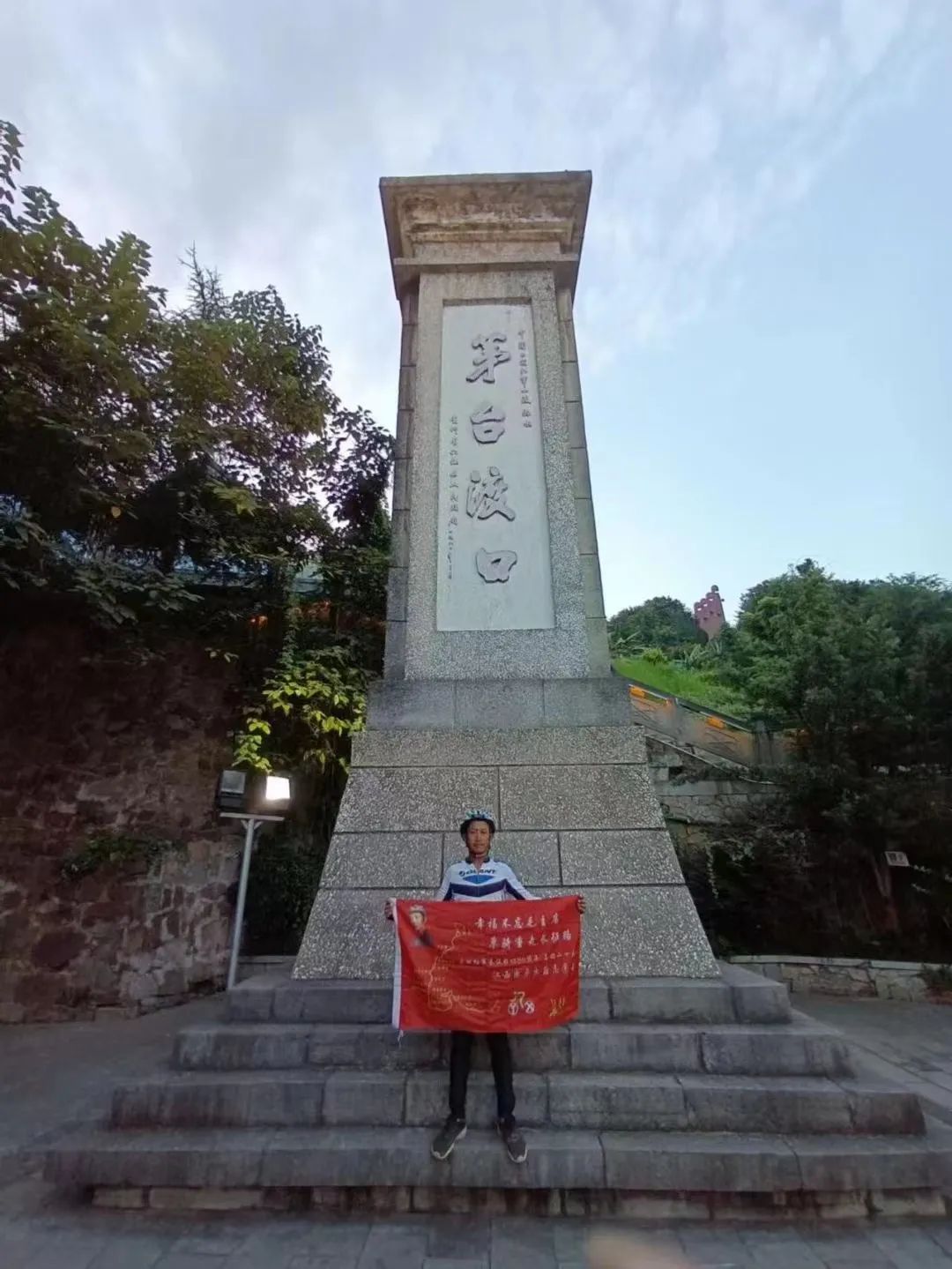 In order to celebrate the 101st anniversary of the founding of the party in Chongqing, and to realize the wishes of many years, visit the Holy Land and promote public welfare, “good people in China”, Yu dezai, an outstanding member of Leping Leyi Action Public Welfare Association, began the feat of riding alone for thousands of miles on June 9 – bringing his tent and necessary supplies, riding alone in revolutionary holy places such as Pingxiang, Ruijin, Yudu, Changsha and Xiangtan, paying tribute to great men and revolutionary martyrs. 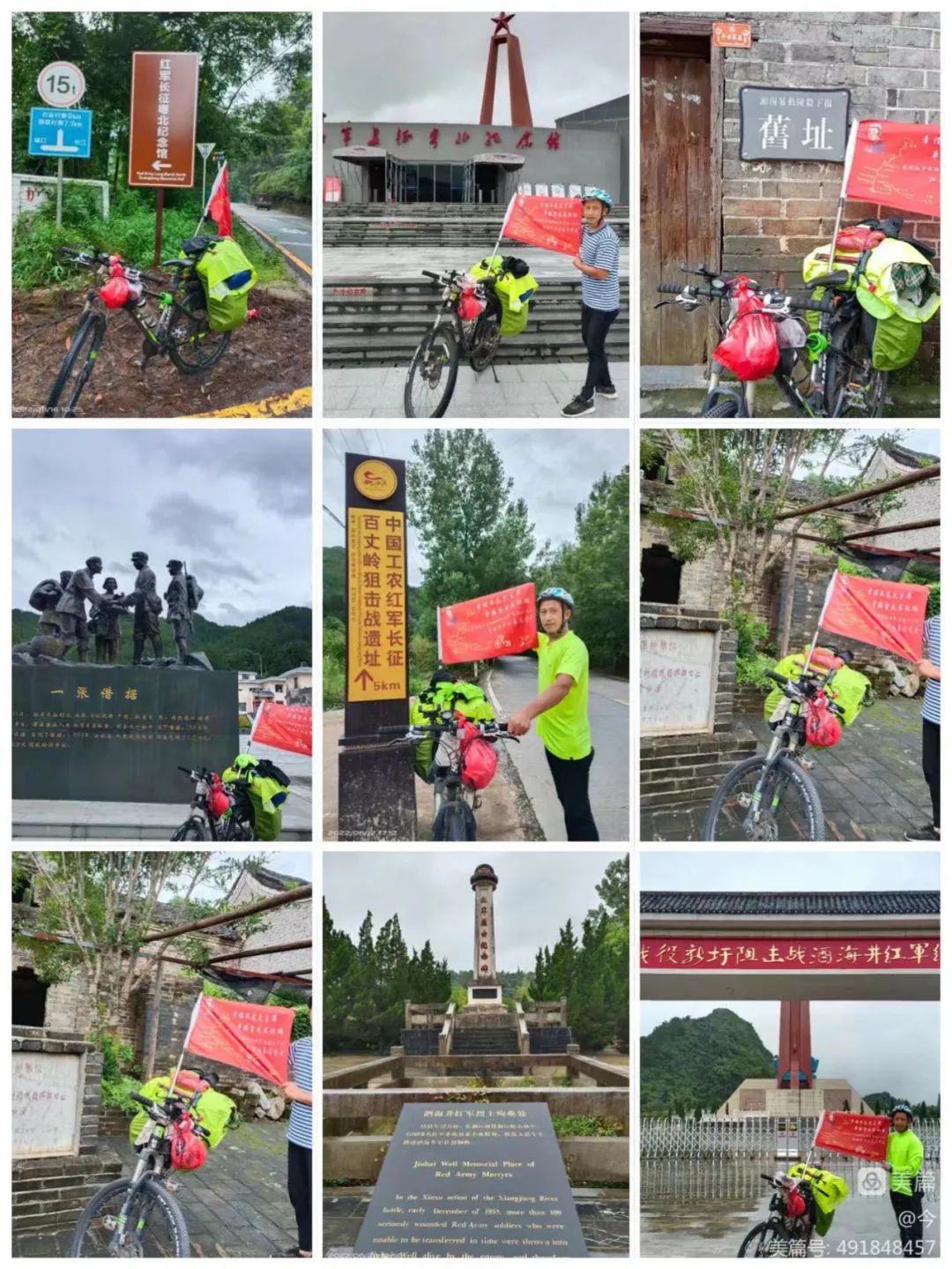 After 31 days, Yu dezai has rode to the Maotai ferry in Zunyi City. 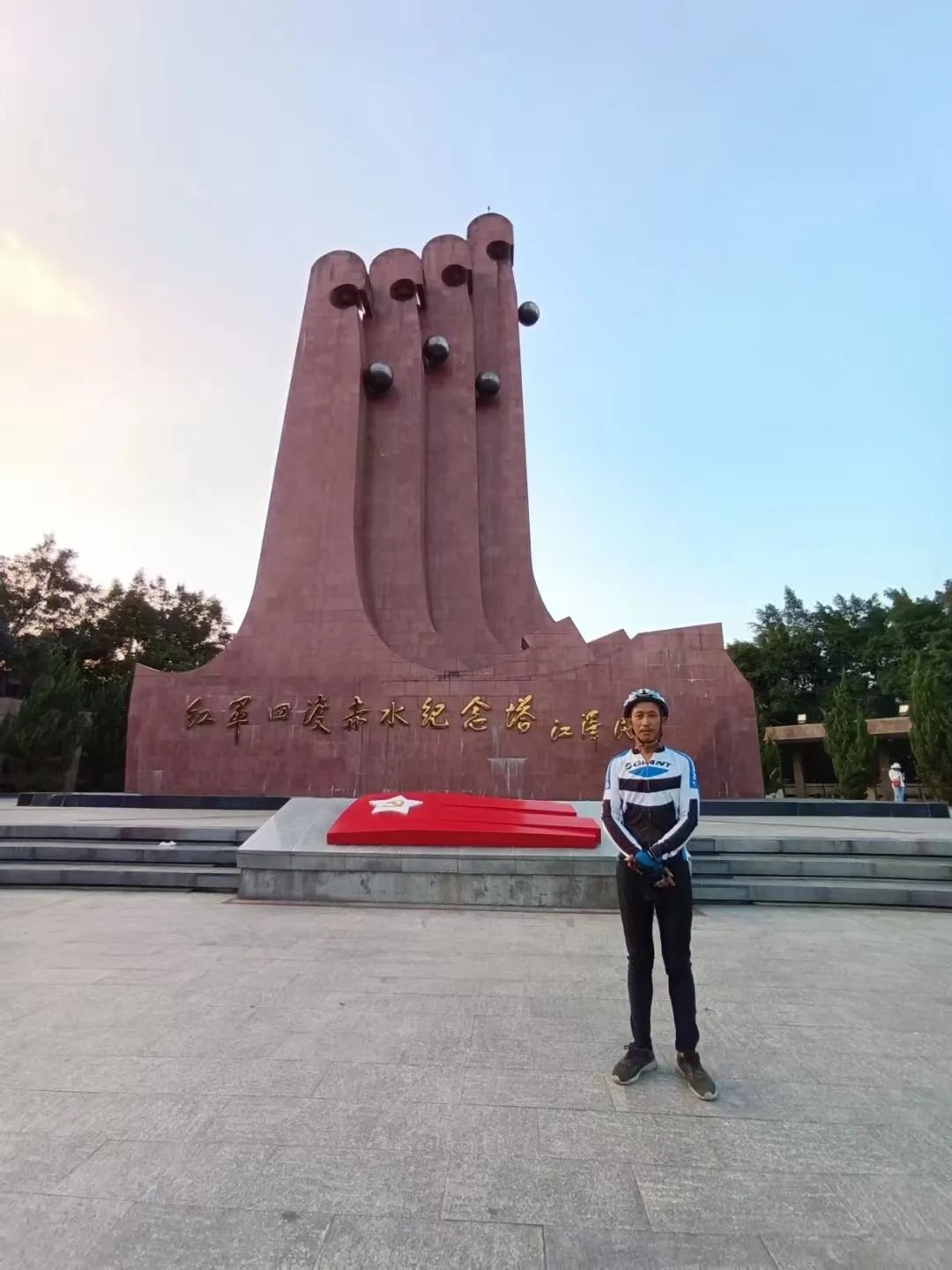 For our generation, we have not personally experienced the hard blood and tears of the Long March, let alone the test of life and death.

We can only feel everything on the long march from textbooks, TV and movies.

During the 31 days of cycling, “returning to the long march”, Yu dezai recorded a bit of experience in his circle of friends every day.

Through his long march diary, he brought us back to the eventful years of the Red Army’s Long March.

Perhaps, this is a spiritual gift of the 25000 mile long march to this era and the future… 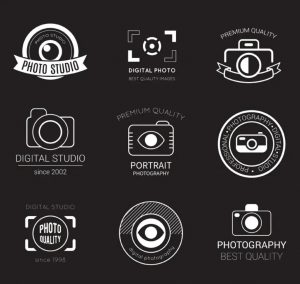 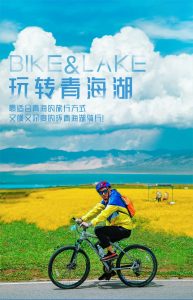 Qinghai Lake cycling – Xinjiang Duku highway cycling, playing is not a conquest, there is no regret!