Today, Xiao Ba came to talk with you about how to choose your first electric assisted bicycle.

Maybe you already have an electric bicycle and plan to buy a new one.

This article may also inspire you.

There are many kinds of electric power assisted bicycles.

Faced with so many categories, how should you choose? There are two important factors that will help you narrow down: style and price.

These two factors will help you get through the noise and find an electric bicycle suitable for your specific needs.

First, let’s start with the “style” that is easy to decide! Electric powered mountain bikes are very suitable for mountain riding and off-road, but other electric powered vehicles are more suitable on the street.

Although electric powered mountain bikes with low price range can also be an excellent choice for commuter electric powered bicycles, these bicycles are usually hard tailed, which means they lack rear suspension.

However, although they usually have only one front suspension fork and the suspension system may not be suitable for hard core cross-country riding, it is usually enough to deal with some potholes on the way to work.

If you really want to jump on your electric bicycle and do some challenging downhill rides, you can take a look at professional electric mountain bikes.

These bicycles are to a higher standard and are designed to withstand years of high-intensity use.

For example, riding down from a 10 foot (3-meter) platform and effectively coping with one jump after another is the normal use environment of professional electric powered mountain bikes.

Just like the electric powered mountain bike with octagonal M500 central motor produced by alpekbikelans and agazzinibikes, it has a large torque of 95nm, but its unit price is not cheap.

Most have some common features, including narrower tires, more forward leaning riding triangle, narrower saddle, lack of suspension and emphasis on lightweight design.

If you take bicycle as a hobby and you mainly ride on the road, then electric road bike is a good choice.

This kind of electric power assisted highway / commuter vehicle has the most efficient tread frequency design and the lightest choice.

It can also ride easily when there is no electricity in the electronic assistance.

The electric drive system is more to help the rider unobstructed in the case of slope.

It’s like a DeRosa road bike with an octagonal M800.

If you’re going to commute by electric bicycle instead of enjoying riding, you may want to learn about all terrain or even cross-country style bicycles.

These vehicles usually have slightly wider tires, and their design emphasizes the all terrain frame.

It has no suspension, but the body steel frame is stronger, and the motor has enough power to ensure that you can go home easily after an exhausted day of work.

They don’t have cool designs, nor are they born for sports, but they are the best.

Electric power assisted bicycle is designed to drag as many goods as possible.

In order to do this, the designers put their ingenuity together and used some different ways.

The car has good traction capacity, but it is not very convenient to turn again due to the long head, especially when driving at a slow speed.

In order to keep closer to the size of standard bicycles, some electric powered freight bicycles use a rear stretched frame to provide a support or cargo platform on both sides of the rear wheel.

They also offer some different freight accessories, such as shelves, bags and children’s cars.

They can perform well in loose soil, sand and even snow.

Their heavy tires, usually 4 inches or larger, can help fat cars ride on and over almost any surface.

(fanticissimo equipped with octagonal M500 central motor) of course, they can also ride on the street, but they also have the ability to ride directly in the middle of the park across Luya.

Most of them do not have suspension devices, although some are equipped with front suspension.

But for such wide tires, the suspension system is not so important – fat tires can absorb most of the bumps from the ground and wade through most potholes.

Xiaoba will introduce them separately in the future. 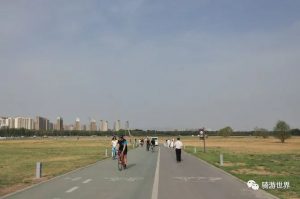 Talking about riding greenways all over the country (26. Inner Mongolia) 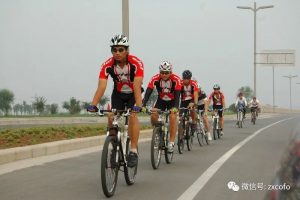 From the irreplaceable pleasure of cycling