Are springing up in the streets and alleys of the county.

As a new product of the concept of sharing economy, they alleviate urban traffic congestion and become an alternative tool for convenient travel.

They embody the concept of ecological and environmental protection of energy conservation and emission reduction.

Shared bicycles add a beautiful scenery to urban life, but in fact, There are also many problems faced by sharing bicycles.

Minors ask you not to ride.

First, stand aside when you are under 16.

Sharing bicycles can only depend on being obedient.

Be obedient and travel in a civilized way.

Cute little knowledge: for safety, you can’t ride electric vehicles when you are under 16.

The law clearly stipulates that students should strive to be law-abiding citizens.

Riding a bicycle with many people can only be carried by one person.

If you don’t carry people or not, you should also bear a little knowledge: there are hidden dangers in carrying people in electric vehicles, so even if your parents want to carry us, they should refuse, It’s no exception to the sharing travel used as toys.

Great traffic safety tips: with the rapid development of our hometown, there are also shared travel tools, but these shared vehicles are not drawing boards or toys.

Don’t graffiti or damage Oh, safety and civilization, start with you and me! All the above behaviors have affected the smooth traffic and the beauty of the city.

The public security traffic police remind everyone to share bicycles and civilization from now on, Start from yourself, consciously abide by traffic rules, civilized use shared bicycles, and build a civilized city together. 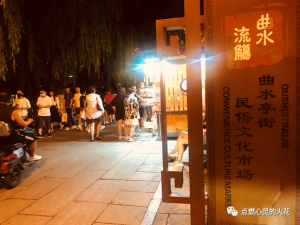 The eighth day of cycling in Jinan: night tour of Jinan City