The best choice is to go to Linzhi, which has the reputation of “Jiangnan in Tibet”.

There is a light rain in the sky, but it does not affect our trip.

Today, the destination of the knights, Lhasa, has been riding for 7 hours, about 420 kilometers.

In rainy days, the road is slippery, and safety comes first! In Nyingchi, there is a xiuba ancient castle, also known as Rongbao, which has a history of more than 1000 years.

It is the oldest, oldest, densest and best preserved ancient castle group in Tibet.

With the change of time, the castle has changed from an ancient battlefield more than a thousand years ago to a peaceful and peaceful fairyland on earth.

Walking in the middle of xiuba village, there are ruins and decaying walls of ancient houses, old trees, dead trees and broken branches, the ancient castle stands in the sky, and old stones are quietly piled up.

Step into xiuba Castle slowly, touch the stone wall of the castle with your fingertips, and place yourself in the castle more than a thousand years ago.

Each stone is the condensation of the wisdom of the ancients thousands of years ago.

During the ride, we came across an old man Zhao Lianying from Shangshui County, Zhoukou City, Henan Province.

Angel talked with them and learned that uncle Zhao’s wife had been ill for 16 years.

In order to avoid regret in his life, he planned to take his wife around China.

The two old people started from Henan on May 1.

Now they have been to Chongqing, Lhasa and Hainan.

Next, they will visit all the great rivers and mountains of the motherland.

The romance of the elderly, let us see the real love.

They didn’t have romantic dialogue, but they wrote the most affectionate love letters to each other along the way.

We also wish the two old people peace and health! In the linzhilinze ecological and cultural tourist attraction, there is also the only wild Tibetan macaque scenic spot in Tibet.

On the foothills, in the dense forests and on the stone walls, groups of Tibetan macaques either chase and play, climb the cliffs, or scratch their ears and cheeks.

When the keeper uncle brought a large bag of peanuts, the branches and leaves of the mountain forest began to shake, Tibetan macaques swarmed to the park, and baby monkeys lay on their mother’s back, enjoying the delicious peanuts to their heart’s content.

Linze is not only a natural oxygen bar, but also a paradise for Tibetan macaques.

Here, we fully appreciate the natural interest of harmonious coexistence between human and animals.

Mila pass at an altitude of 5013 meters is not only the last pass on the Sichuan Tibet line, but also the highest pass.

After crossing Mila pass, it is not far from Lhasa.

The most distinctive sign on Mila mountain pass is the three towering and strong yak statues.

Standing at the mountain pass, the mountain wind is blowing, under the blue sky and white clouds, the colorful prayer flags are fluttering between the earth and the sky.

Taba ceramics is a traditional handicraft ceramic product with a long history of more than 1200 years.

In the exhibition area, there are tea cups, wine pots and soup pots of the Tibetan people, as well as porcelain plates with rich shapes and exquisite workmanship.

Making ceramics is a careful job.

There is also an experience area in the intangible cultural heritage workshop.

Several craftsmen sit on the ground, make embryos from clay, and slowly shape them.

Porcelain pieces are beginning to take shape in their hands.

On the road of rural revitalization, Taba people are not satisfied with the abundance of material life, but also make Millennium Taba ceramics glow with new brilliance through intangible cultural heritage activation.

The significance of travel is not only the scenery along the way, but also the memory of history.

In the eight exhibition halls of Songzan Gampo memorial hall, Songzan Gampo’s life was recorded in a comprehensive and detailed way around his deeds before his death, and the historical grand occasion of the Tubo Dynasty during the Songzan Gampo period was also truly reproduced.

Although we can’t listen to Songtsan Gampo’s story carefully because of the travel time, we will come here again to punch in when we have the opportunity! With the blessing of the culture and Tourism Bureau of Mozhugongka County, we continue to move forward Dazi is known as the “East Gate” of Lhasa.

On a sunny day, Dazi gathered with family and friends in tajise kanglinka, rowing rubber kayaks, flying kites, playing football How carefree it is! Dazi artisans have applied the technology of Baina copper forging to the production of daily necessities and the development of cultural and creative products, combining tourism and culture, so that more people can understand the technology of Baina copper forging.

The history of Tibetan incense can be traced back to more than 1300 years ago.

Tibetan incense is not only a part of Tibetan culture, but also a national intangible cultural heritage.

One stop, one scene, picturesque scenery, Tibet at 9 p.m., the lights are on, Lhasa, here we are! Thank you for the strong support of China Television Tourism Alliance, Guangdong Radio and television culture and tourism center, and Beijing life channel! A comprehensive audio-visual sense of China’s magnificent rivers and mountains will bring new cultural and tourism experiences to netizens across the country.

on the network terminal. 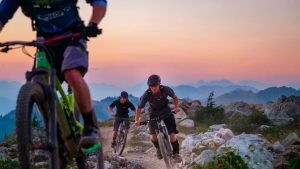 Which of the four levels of cycling do you belong to?

“Let’s go to Lhasa” the first stop of “riding in China” has come to a successful conclusion!