In the context of the “rise” in the field of electric vehicles since the beginning of the year, with the recent spread of the epidemic in many places in China, the two wheeled vehicle market is also facing increasing supply pressure. 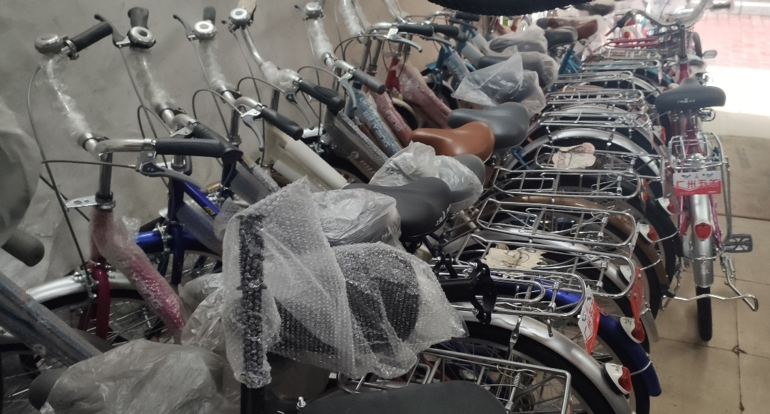 The price increase originally scheduled for April 1 will be delayed, and the price of some models will be increased from 0:00 on April 25.

Due to the sharp rise in raw materials such as upstream lithium batteries, maverick electric previously announced that it would raise the retail guidance price of all lithium battery products from April 1, with an increase ranging from 200 yuan to 1000 yuan.

It is reported that in November last year, Emma and Yadi electric vehicles have sent price adjustment notices to dealers.

It is not just two wheeled electric vehicles that raise prices.

Nandu reporter recently interviewed and found that many parts of bicycles and two wheeled electric vehicles are relatively dependent on imports.

Affected by the global epidemic and international geopolitical instability, since the second half of last year, the supply and circulation of raw materials required by bicycle upstream suppliers to produce parts has been blocked, and the cost has continued to rise.

Coupled with the great uncertainty of the epidemic cycle, these pressures will also bring fluctuations and increases in the price of bicycles and the cost of sharing bicycles in the future.

The price of bulk raw materials is running at a high level, and the cost of production and procurement has increased by 30%.

As a major bicycle production and consumption country in the world, China’s output of complete bicycles accounts for about 60% of the world’s total output, and its domestic consumption also ranks in the forefront of the world.

According to the latest statistics of the consumer goods industry department of the Ministry of industry and information technology, from January to August 2021, the total output of two wheeled pedal bicycles and electric bicycles in the National Bicycle manufacturing industry was 58.01 million.

However, the production chain of manufacturing industry is long and complex, which is very vulnerable to domestic and international environmental factors.

Nandu reporter noted that from the perspective of sub index, since the end of last year, the manufacturing production index and raw material inventory index have shown a downward trend, the fluctuation of delivery time of manufacturing raw material suppliers has slowed down, and the purchase price of main raw materials has increased significantly.

Zhao Qinghe, Senior Statistician of the service industry survey center of the National Bureau of statistics, explained that the recent intensification of international geopolitical conflicts, the reduction or cancellation of export orders of some enterprises, and the weakening of manufacturing production activities and market demand.

At the same time, affected by the sharp fluctuation of international bulk commodity prices and other factors, the purchase price index and ex factory price index of main raw materials in upstream industries such as petroleum, coal and other fuel processing, ferrous metal smelting and rolling processing, nonferrous metal smelting and rolling processing all exceed 70.0%, bringing great cost pressure to the middle and downstream industries.

He found that since the second half of last year, production costs began to rise: “under the influence of global epidemic and other factors, the production and transportation of supply chain in the international market is not smooth, and the prices of important raw materials such as chip electronic materials, plastics, steel and aluminum alloy are rising from last year to now.” Shengdi Electronic Technology Co., Ltd., a shared bicycle assembly workshop in Guangdong, located in Shunde District, Foshan City, mainly produces reflectors and other accessories for bicycles (household and shared fields).

Since the end of last year, the price of tin has doubled, and the price of aluminum has also increased by 80% ~ 90%.

Together with various customized materials and spare parts, The average procurement cost increased by 30%.

Another bicycle franchised dealer told Nandu that among the costs of various bicycle accessories, the cost of transmission kit increased rapidly, and the cost of various constituent materials made of plastic steel increased.

Phoenix Bicycle related personnel told Nandu reporter, “Since the end of last year, the prices of some major international raw materials have still risen or remained high, which has led to the rise of the purchase prices of some parts of the company.

At present, affected by the situation in Ukraine, the prices of some bulk commodities still fluctuate greatly.

Therefore, it is difficult to estimate whether the current price rise of parts and components has eased.

We will pay more attention to the price fluctuation of bulk commodities and actively cooperate with suppliers Communication.

” In addition to the factors from the international market, the domestic epidemic situation has also brought great challenges to bicycle production in recent months.

Zhao Qinghe said that the output and demand of the manufacturing industry fell simultaneously in March.

With the effective control of the epidemic situation in some areas, the suppressed production and demand will gradually recover, and the market is expected to pick up.

Statistics show that after years of development, three major bicycle industry clusters have been formed in Jiangsu, Zhejiang, Shanghai, Guangdong and Tianjin..

Cold sweat! The reason why the bicycle is retrograde on the highway is this

What is riding for?