It’s a nice day for Qiyou No.

Where are you going by bike? 🚴‍♀️ Go! Which section of road are you going to ride this time and how much is the pace? The spring of Qiyou No.

2 is just right, and the breeze is warm.

I believe many cyclists have gone to the good scenery of “white sand embankment in the shade of green poplar”.

However, there was an accident on the way, which made the millet look frightened…

Where am I on Qiyou No.

1? 🤔🤔🤔 At about 14 o’clock on April 5, in the afternoon, when the Shenzhen traffic police patrolled to a certain section of the road in the direction of the aircraft crane westbound, they found a man riding a bicycle retrograde in the emergency Lane! The situation looks worrying, for fear of unexpected situations…

The police on duty stopped the man under the condition of ensuring safety, and asked the man carefully why he rode on the high-speed after doing a good job of safety protection.

The road condition on the highway on that day ， vs.

the road section where the man is located ， it turned out that the “Rider” accidentally got on the highway by mistake, but he was a little flustered, From time to time, I checked my mobile phone and scratched my head while explaining to millet: “I don’t know what’s going on with my mobile phone navigation…

I don’t know what to do.

T.T.” the police on duty on site saw that it was an unintentional loss and that they were a little scared in the traffic flow, so they gave them serious safety education.

After that, they informed the road administration to take their safety belt away from the expressway and ask questions from pure passers-by.

It shouldn’t be a common harm to miss the expressway.

Don’t say, it’s really one night, The traffic police found a pedestrian at the southbound of Nanguang expressway.

Upon inquiry, the pedestrian mistook the expressway because he didn’t know the road.

In the evening, the traffic police found two people riding a tricycle retrogradely on the highway at the Guangming exit of the southbound Longda expressway.

In the afternoon of March, a disabled old man mistakenly drove a two wheeled electric vehicle from Pinghu to the expressway and was safely intercepted by the police on duty at the Qinghu epidemic prevention card point.

It is essential for both cyclists and pedestrians to comply with the law and regulations as long as they go out.

Highway, expressway, tunnel, overpass and other prohibited sections must be far away! Only because of the large number of vehicles and high speed in these sections, in case of traffic accidents, pedestrians and non motor vehicles often suffer the most serious damage.

If the driver has no fault behavior, pedestrians and non motor vehicles will bear the full responsibility for the accident.

Article 67 of the road traffic safety law of the people’s Republic of China stipulates that pedestrians, non motor vehicles, tractors, wheeled special mechanical vehicles, articulated buses Full trailer tractors and other motor vehicles with a designed maximum speed of less than 70 kilometers per hour shall not enter the expressway.

Warning bicycle in previous cases · rec in March 2017, a man riding a shared bicycle drove in the opposite direction on the main road on the Shiyan section of Longda expressway, and died after colliding with a normal car.

Electric vehicle · rec in October 2018, a man forcibly entered the high speed on an electric bicycle.

After being hit by a car, he was run over by the rear car and died on the spot.

Pedestrian · rec in March 2020, a man illegally entered Shenhai Expressway and died after colliding with a vehicle.

There is only one life.

Some friends will ask, “I really accidentally got on the highway.

What should I do?” Don’t worry.

Keep these important points that millet tells you in mind.

Each entrance of the expressway is equipped with signs that pedestrians and non motor vehicles are prohibited from entering the expressway.

The “appearance” of the high-speed entrance is also different from other buildings 👇 2.

When correctly setting the navigation for walking and riding, pay attention to switching the mode to the corresponding “walking”, “riding bicycle” and “riding electric vehicle”.

If it is wrongly set to “driving” mode, it will be taken to the highway by navigation.

(take the previous route to a vegetable market as an example) 3 remember the way for help.

If you accidentally get on the highway, please ask the road traffic police for help in time or call the Shenzhen traffic police hotline at 0755-83333333333 at the first time.

At the same time, evacuate to the roadside safety zone and wait for the rescue of the traffic police.

If the citizens report that the rewarded citizens find that pedestrians and non motor vehicles enter the expressway or expressway and call the police, they will be rewarded if they are found to be true.

(click on the picture to jump) @ Ma Daha, remember?! Next time, don’t let millet see you on the highway.

Always remember that there is no shortcut to life and you can’t break through the highway. 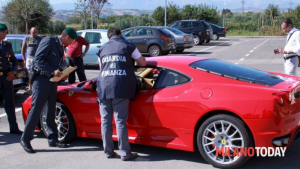 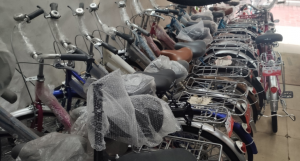 Not only electric cars, but also bicycle raw materials have also increased in price!