Since 2011, “Bi smokeless” has fallen in love with cycling and even more loved to publicize the dangers of tobacco through cycling. 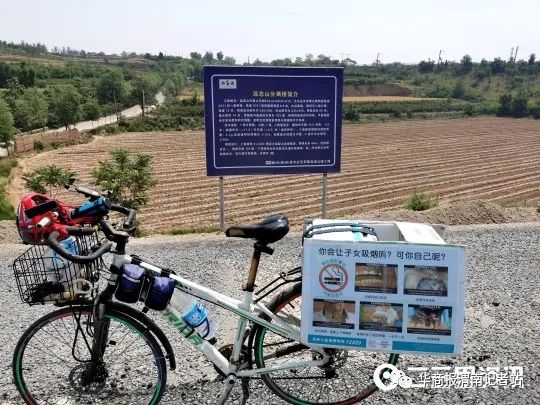 In the past 11 years, he has traveled more than 100000 kilometers by bike and publicized tobacco control countless times.

He said that as long as one person listens to it and does it, his efforts will be rewarded.

When I was a child, I was choked with tears.

When I grew up, I rode to publicize tobacco control.

The afternoon before, Liyou “Bi No Tobacco” made preparations for the beloved “car”.

In addition to drinking water and other necessities, the self-made publicity panels at the back of the car were the most popular, which were printed with the hazards of smoking and second-hand smoke.

The real name of “Bi smokeless” is Bi Jing, who was born in Lantian, Xi’an in the early 1980s and has worked in Weinan for many years.

Outside of work, he spent most of his time publicizing the dangers of tobacco.

“There are many elders who smoke at home.

When I was a child, I was not sensible.

Seeing that adults smoke very comfortably, I secretly took one of my father’s cigarettes.” He said that after only one puff, he was choked to tears and felt dizzy.

From then on, he “hated” tobacco.

After growing up, with the growth of knowledge, he realized the harm of tobacco and decided to promote tobacco control and prohibition on his own.

Since 2011, he has fallen in love with cycling.

While enjoying the scenery along the way, he keeps fit and publicizes the harm of smoking to himself and the people around him.

“I have to walk at least sevenoreight thousand kilometers every year.

I can’t remember how many tires my bike has changed.” He said that whenever he went to a place, as long as someone wanted to see it, he stopped the car to let people watch the publicity display board, hoping that through the dissemination of their attention, more people would be aware of the dangers of smoking and second-hand smoke.

“I won’t smoke!” On the road of promoting tobacco control, the non-smoking home is like a small non-smoking exhibition hall.

In order to do a good job in tobacco control, he also purchased a color printer at his own expense and printed out a no smoking leaflet for distribution.

“There are times when I don’t understand.

Sometimes when I’m publicizing the harm of tobacco, some people will come back.

It’s none of your business for me to smoke.” He said that in such a situation, he would patiently persuade, and many people also realized that smoking also affected others.

The profile he wrote to himself was “I won’t smoke!” He said that there was a year when he could not cure his cold for several months.

The doctor told him not to smoke, but he wouldn’t listen to any explanation.

Later, he realized that it might be the second-hand smoke around him.

He has also persuaded his relatives, friends and colleagues to quit smoking by persuasion.

Although most of the persuasions have no effect, he will persist.

After hard work, now his father and a colleague have successfully quit smoking, which also strengthened his confidence.

In the early morning of May 31, Bi smokeless started his new day of publicity and tobacco control.

He said that he hoped that every smoker could quit it from today on.

I will also continue to carry the propaganda display board and keep going on the road of tobacco control propaganda. 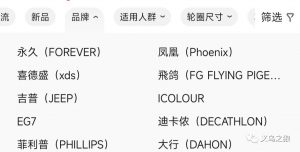 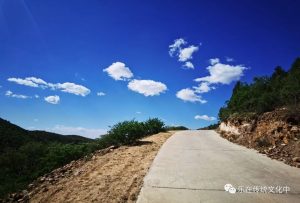 [new riding experience] I feel more beautiful in the mountains