▍ Milan hopes to build more bicycle lanes than the French capital in the next 15 years; ▍ Berlin plans to create a car free area larger than Manhattan; ▍ the European Union is considering a proposal requiring 424 cities in the European continent to develop “sustainable urban transport plans” by 2025, giving priority to bicycles and walking.

The governments mainly in European and American cities have shown great ambition in “replacing cars with bicycles”.

At the same time, there is also a “riding boom” in China.

Due to the publicity and uncertainty of public transport under the epidemic, individual traffic flow has increased rapidly.

The number of bicycle trips in Beijing has increased significantly under the epidemic @chinaialogue.

Willbutler Adams, CEO of Brompton, a folding bicycle manufacturer, said, “the world has changed dramatically in the past two years.

The COVID-19 has made us rethink what kind of urban life we want.” Riding is not only a new trend in Europe and America, but also a new round of riding fever in China.

Under the epidemic situation, the news of bicycle out of stock and out of stock emerged one after another, even to the point of “one round hard to find”.

Figure source: the static management and traffic control under the control of Xiaohong Shu and Yan Xiaocai have made some people bring riding back into the main commuting mode.

Limited public transport and difficulties in charging and parking electric vehicles have made “threshold free” bicycles popular among people.

“Commuting by bike” has become a memory of the epidemic shared by many people on social platforms.

During the epidemic period, a large part of people’s demand for leisure and entertainment has shifted to outdoor leisure and sports, and cycling is also in this wave of trend.

On the spacious Second Ring Road in Beijing, cycling has become the most lively thing every night.

© Ke Jianbo’s riding not only represents the vehicle itself, but also reflects people’s deep understanding of the importance of a sustainable and environment-friendly lifestyle after the epidemic.

Cyclists / visions beside the Yongding gate in Beijing China’s trend2 car free city the current increasingly urgent climate crisis has made the world begin to re-examine the existing means of transportation.

Meredith Glazer, director of the Amsterdam City Bicycle Institute, said: “bicycles are the perfect answer to questions about health, climate, economy, social justice and air quality.” Last year, Paris announced that it would invest 250million euros to upgrade the bicycle infrastructure and expand the bicycle lane network, aiming to achieve the goal of “100% cycling” cities.

This is a five-year urban project that will strengthen the role of bicycles in the city and provide safe and convenient routes for passengers and pedestrians.

The number of bicycle parking spaces will also increase from the current 60000 to 180000.

The implementation of this plan is largely affected by the COVID-19.

During the outbreak, a considerable number of Parisians gave up their original commuting methods and chose to ride instead.

Today, Paris rides nearly 1million times a day, but there is no appropriate infrastructure to support this number.

The existing bicycle lanes in Paris are shared with cars and motorcycles, and are separated by marks on the road ground, without actual physical division, which greatly increases the risk of collision.

Considering that car pollution will aggravate the global health crisis, Anne Hidalgo, the mayor of Paris, announced a plan to encourage the use of bicycle lanes and buses in May 2020, creating more space for pedestrians and cyclists throughout the city and reducing the number of cars in the city center.

The announcement of these plans is to maintain the anti infection and anti congestion policies introduced during the period of confinement when it is reopened after the outbreak.

Ringbahn is a circular route around the inner city.

Once the proposal is passed, it will become the largest car free zone in the world.

The citizen initiative aims to prohibit the use of private vehicles in the Berlin center except emergency vehicles, garbage trucks, taxis and express delivery vehicles.

The goal of this sport is “Ensure that Berlin’s public streets are fairly distributed, healthy, safe, livable, climate friendly and environment-friendly.

Within the ringbahn Ring Road, except the federal highway, all street traffic will become streets that reduce cars.

Only walking, cycling and public transport will be reserved, and this area is larger than Manhattan.

After seeing citizens participating in the proposal The Senate in Berlin is now considering this plan.

If the idea is rejected by the government, the organization will collect signatures again, with a target of 175000 people.

A vote will be held in 2023 to let citizens decide whether it should become law.

Helsinki, the capital of Finland, is currently implementing the bicycle action plan. 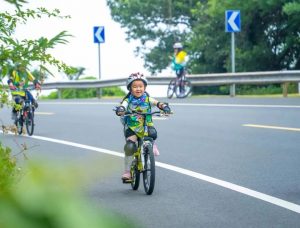 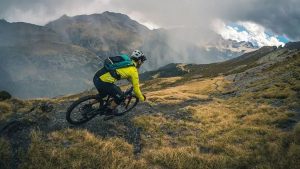