Sky burial must be mysterious and bloody in the eyes of most people! Many people came to the celestial burial platform with curiosity, and their hearts were deeply shocked! Some people regard it as the talk of this trip! No matter what you think, celestial burial exists on this plateau in its unique form for generations! I.

significance of celestial burial: Tibetans who believe in Buddhism have the customs and concepts of releasing animals and protecting the natural environment since ancient times.

It is recorded in Tibetan ancient books that during the “Five Pines” period of Tubo, Songzan Ganbu made “no killing” the headline of the national law and strictly implemented it.

No other country except the Tibetans has ever made the non killing of animals the front page of the national law.

Gradually, releasing animals and protecting the natural environment gradually changed from the “national law” to a “conventional custom” of the Tibetan people.

Tibetans believe that after giving corpses to animals that feed on other small life, they will not hurt those small animals again.

This can protect the lives of many animals and is regarded as a good deed with boundless merit.

Thanks to the care of the Tibetan people, many animals and plants that are almost extinct in the world still grow and multiply in Tibetan areas.

The core of celestial burial is the immortality and cycle of the soul.

Death is just the separation of the immortality of the soul and the old body.

It is the different transformation of different sub spaces.

They believe that feeding vultures with “skins” is the most noble alms, reflecting the highest realm of Mahayana Buddhism – sacrifice alms.

Instead of the fallacy that “celestial burial can make the soul go to heaven” in the online travel guide, there is no saying that “people can go to heaven after death” in Tibetan Buddhism.

Therefore, a large amount of land originally used for tomb repair has been saved, and the practical problems of large population and relative shortage of land have been well solved.

This is a compassionate, environmentally friendly and advanced funeral method.

What are the funeral rituals in Tibet? In the new book of Tang Dynasty, it is recorded that the Tibetan biography said: “when my parents died, my hair was cut off, my face was dressed in black.”.

Although it has changed today.

However, this strict taboo system still prevails in Tibetan areas.

In Tibetan areas, no matter who has a funeral, the whole village will contribute, contribute money and food, and often get together to chant scriptures for the dead.

In order to make the souls of the dead quiet, the whole village will stop all recreational activities.

Then you say, if tourists who come to Tibet for tourism hear that someone in this family is going to be buried in heaven, you rush there with your photo bag on your back.

Is that appropriate? During celestial burial in most areas, according to the etiquette and customs, only celestial burial masters and assistants, family members who are responsible for carrying the remains, or lamas who chant scriptures for the dead are present.

Generally, the family members are avoided, and the female family members will not be present, so as to avoid the sad tears of the relatives that will affect the soul of the dead into the middle Yin.

At such times, it is very taboo to have irrelevant outsiders present.

In religious ceremonies, this disturbs the peace of the soul of the dead.

The sky burial masters and their families with stronger personalities will expel you impolitely.

However, most Tibetans were immersed in a sad atmosphere at that time and had no time to pay attention to you.

But can you stand there with peace of mind? Why did you go to see the celestial burial? To satisfy curiosity? Cremation why don’t you want to see it? Think heart to heart; If your family’s dead body is taken to the crematorium, and two people with SLRs and assault jackets run to the stove to watch, what’s your mood? You’ll have to beat him to death if you don’t push him into the stove? This is the case with celestial burial.

Don’t you think that ordinary farmers and herdsmen will not get angry if they have a good temper? To go back and brag and show off? Unfortunately, when people hear you come back from Tibet and talk about your experience of watching the celestial burial, they will only think that this person is not only ignorant, but also very uneducated.

Another kind of people, who are Buddhists, said: I understand the meaning of celestial burial, but I just want to see the process of the disappearance of the bones with my own eyes, so as to exercise my will, increase my understanding of impermanence, and better enter my view of bones.

I just want to tell you that I am so selfish.

I am the only one in my heart.

I know a lot of Buddhism but don’t understand respect.

Do you mean to call yourself a Buddhist? Another friend said: I don’t watch celestial burial.

Can I go to the unmanned celestial burial platform? Well, why do you have to be so unlucky? IV.

laws and regulations on the protection of celestial burial.

Some people say that Lao Tzu just looked at the earth! Break the law? Sorry, in Tibet, this is really against the law! Now let’s read the notice on the Interim Provisions on the administration of celestial burial issued by the people’s Government of the Tibet Autonomous Region in 2005.

This is the third time since 1985 that the Chinese government has issued a special announcement and notice on the protection of Tibet’s celestial burial platform, which has fully respected and protected the burial custom of the Tibetan people, which has a history of thousands of years.

Article 4 celestial burial shall be protected by law.

Any organization or individual is prohibited from engaging in the following activities: (3) watching, photographing, photographing and videotaping the scene of celestial burial activities; (4) publishing, broadcasting, recording, and recording through newspapers, magazines, books, radio, film, television, Internet and other media. 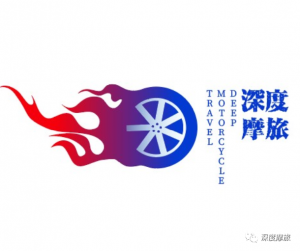 Moyou was punished for riding at high speed. Justice will be recovered in the second trial!