Choosing green travel not only protects the environment, but also facilitates people’s life in terms of economic efficiency.

But the problem also follows.

The car has an airbag to cushion in case of collision, but the accident of bicycle and electric vehicle will become very dangerous.

Recently, the traffic control department forced people riding motorcycles and electric vehicles to wear safety helmets, but this big and stuffy helmet really didn’t meet the aesthetics of Xiaobian, so I found it, an airbag helmet invented by Swedish engineers to protect the owner’s head when riding and falling – H ö vding.

H ö vding adopts the design of embedded airbag collar, which is divided into two parts: an inner collar and an outer cover.

The inner collar is made of waterproof fabric and ergonomically designed to evenly distribute the weight of the shoulder.

The airbag is filled with helium, which is the main gas of the vehicle airbag, non-toxic and harmless.

The cover is made of durable nylon fabric, which will not tear even if it is scratched with the ground after falling, and can be removed and replaced in different styles.

Under normal circumstances, the airbag is folded and placed in the collar.

The white airbag helmet made of reinforced nylon fiber will be opened into an airbag cap in 0.1 seconds and wrap the head, which is 3 times the shock absorption effect of the traditional helmet.

The University of Stanford tested the protective effect of H ö vding.

The experiment shows that compared with traditional helmets, H ö vding can reduce the risk of concussion after collision by 8 times, almost completely eliminate the risk of skull fracture and greatly improve the survival rate after the accident.

The high-precision sensor in H ö vding can record 200 head movements per second and monitor the owner’s state in time.

As long as it detects a large movement of the rider’s head, such as violent collision or fall, it will immediately trigger the airbag in the bib, pop up and quickly and completely wrap the rider’s head and neck, so as to reduce accident damage.

It can last for 9 hours at a time.

The power will be displayed at the LED light at the neckline.

With H ö vding, you don’t have to worry about the hard-working hairstyle being messed up, and it has a full sense of fashion.

If you don’t use it, it looks like a fashion item, which is pleasing to the eye and ensures your personal safety at the same time.

The helmet has been certified by the Swedish government and is a safety device in accordance with the regulations.

Its only selling price is less than 23299 euros on China’s official website. 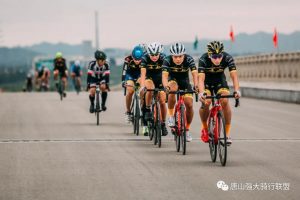