Carry your bag, rent a bike, wear sunglasses and enjoy the scenery while riding in the breeze. 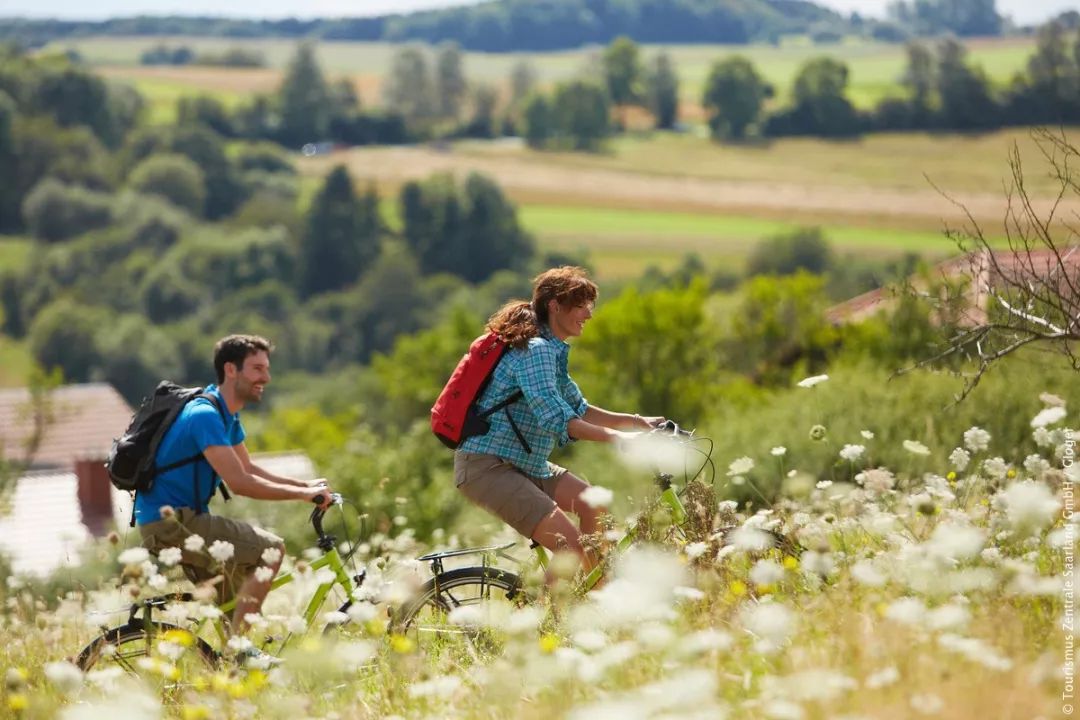 From time to time, have fun with your companions and talk about your longing for the next journey; The sun is bright, the river is clear, and the lawn is soft… 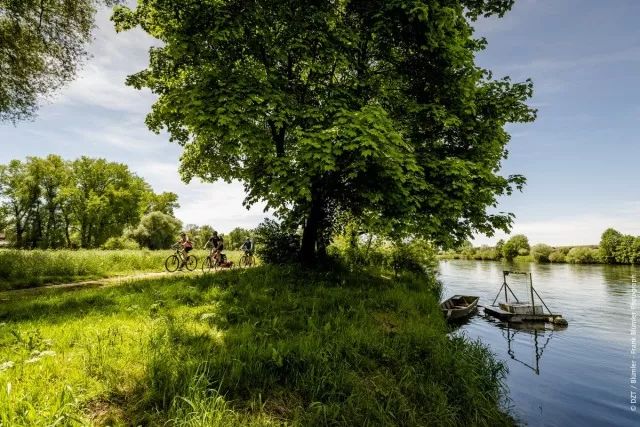 Do you want to experience a bike ride freely? Germany has more than 200 long-distance bicycle lanes, of which the 10 are most popular with tourists. 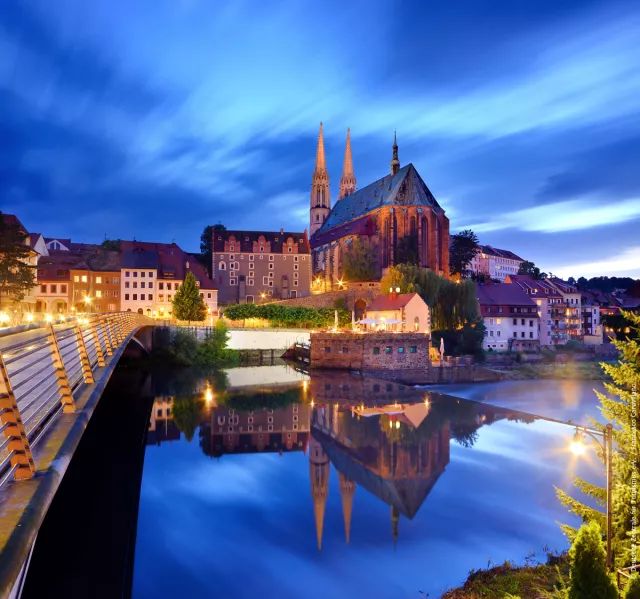 The Elbe cycling route is from Dresden to the beach to enjoy the scenery of the Elbe River. 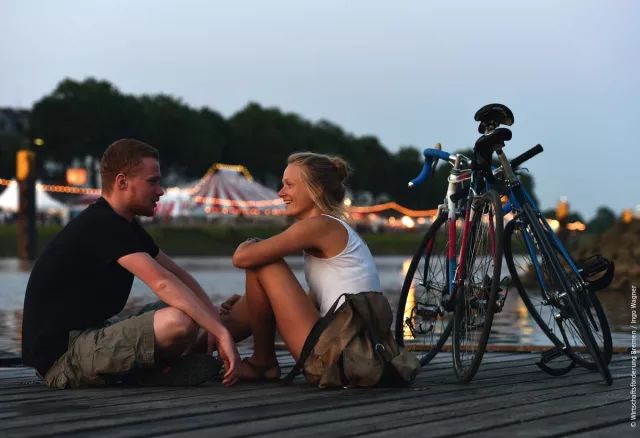 In addition to taking the Elbe River Cruise, cycling is also a popular way for tourists. 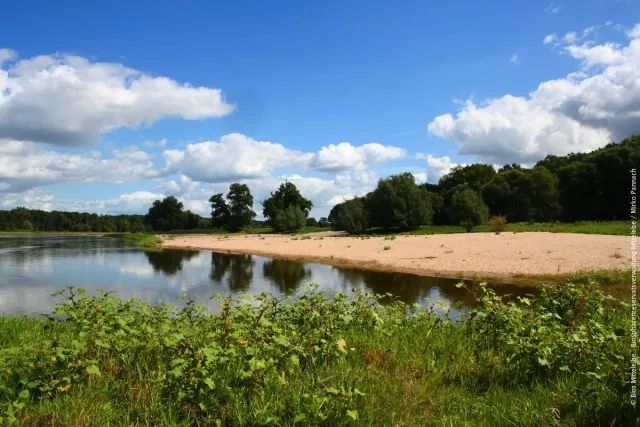 Although the length of the Elbe River ranks second in Germany, the Elbe River cycling route has topped the most popular list for 14 consecutive years in the vote selection of the German Cycling Federation. 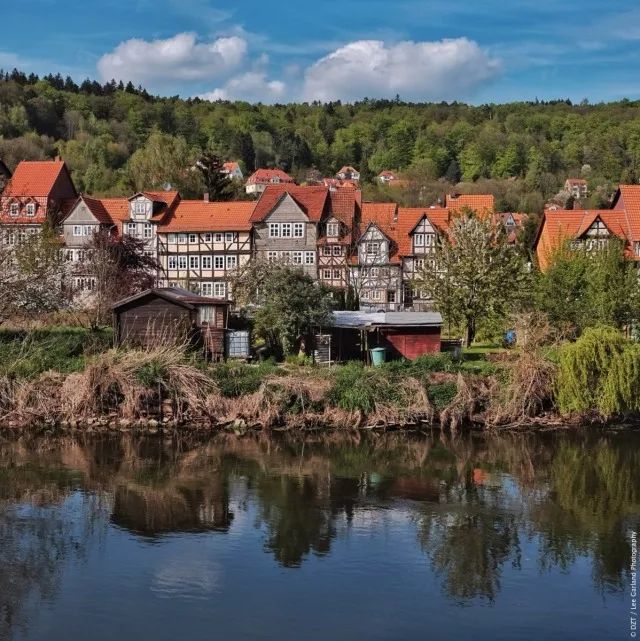 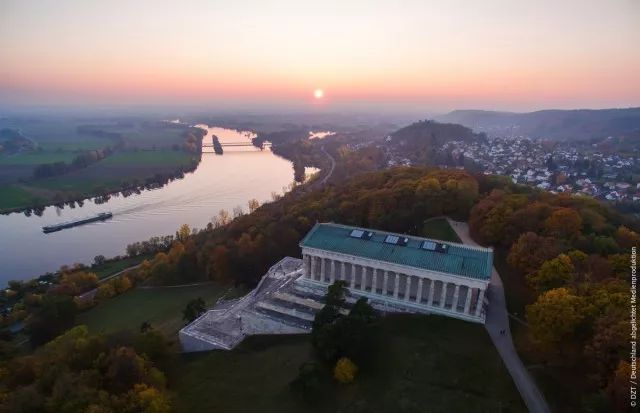 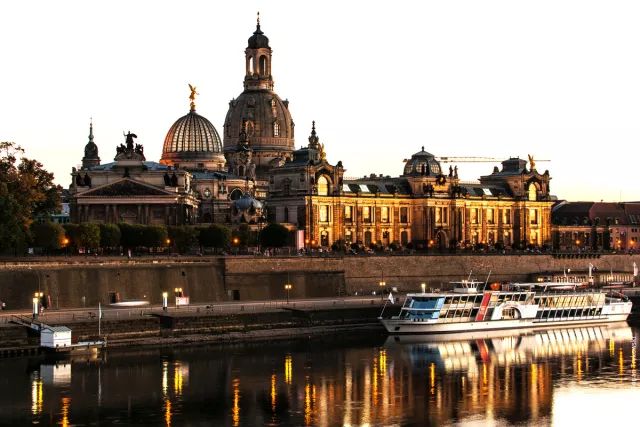 The Weser River cycling route flows downstream along the Weser River and passes from Weserbergland to six different areas of the North Sea. 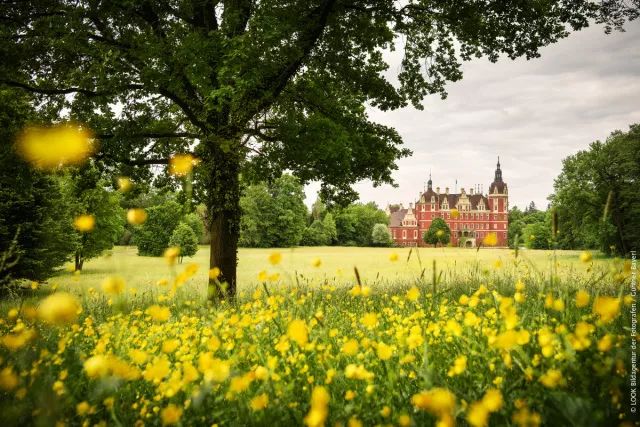 The terrain is relatively flat and there are few hills. 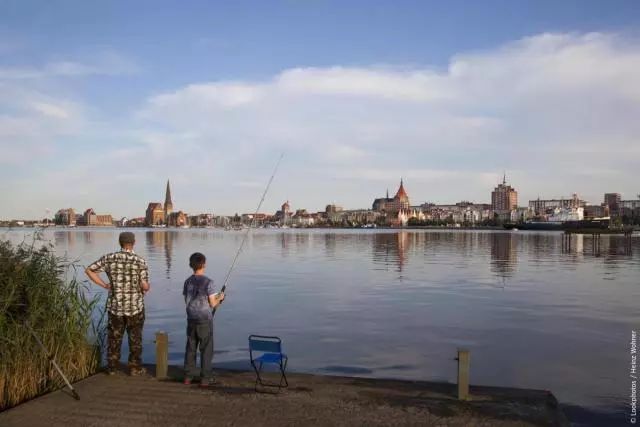 It is a leisure route to the seaside. 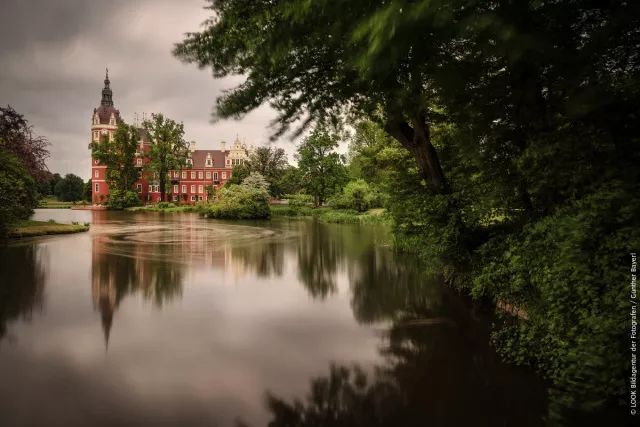 When you get on the bike, you will follow the castle, palace and historical ancient town all the way. 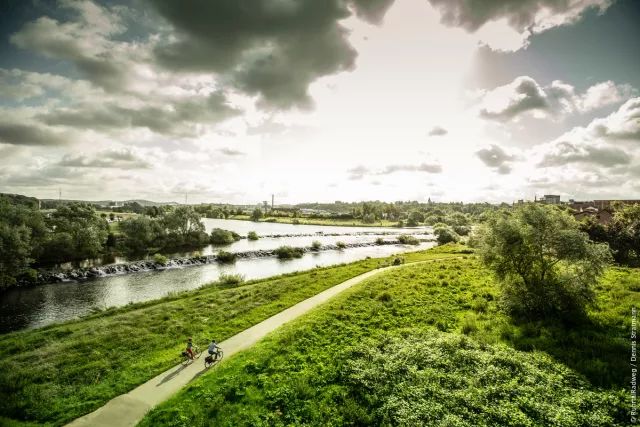 In Bremen, the alliance city of Hanseatic League, you can have a rest and adjustment. 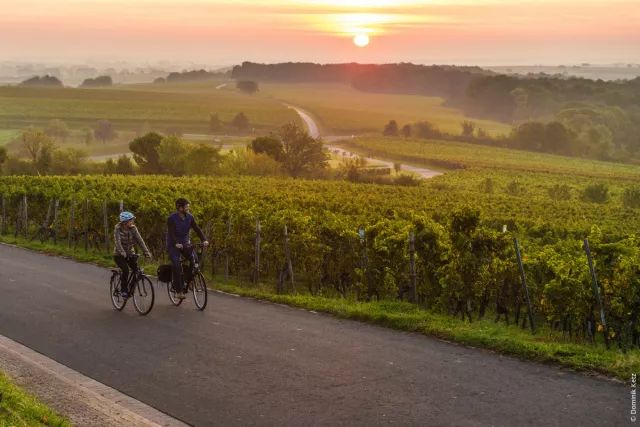 Stop at the city hall and the old urban area to enjoy it, say hello to the characters in the fairy tale, drink a cup of coffee made by Weser River and move on. 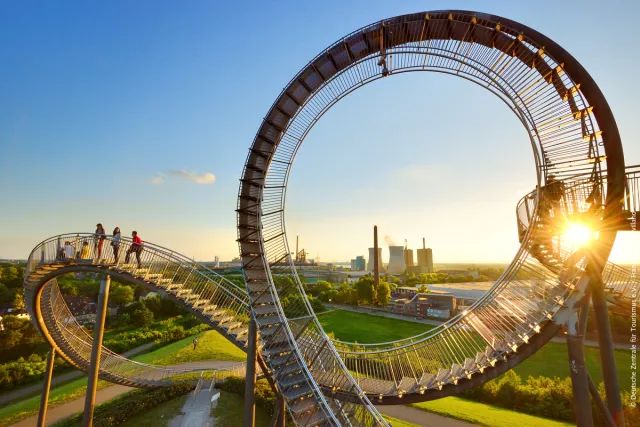 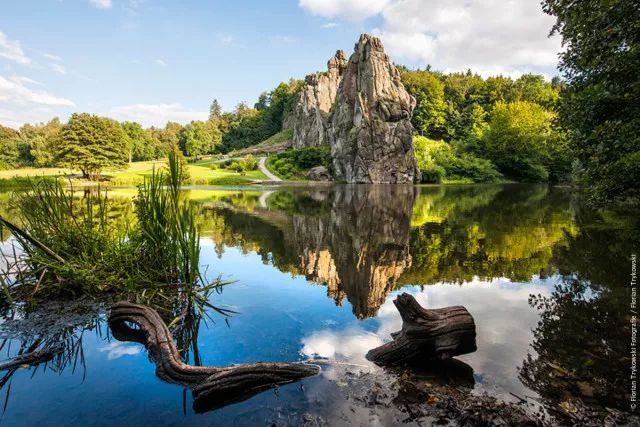 The ruhrtal cycling route, rated as a four-star high-quality route by the German Cycling Federation, extends from Sauerland, North Wales to Ruhr district, with a total length of 230 kilometers; Along the way, forests and grasslands alternate, dotted with sporadic castles, interspersed with many industrial relics. 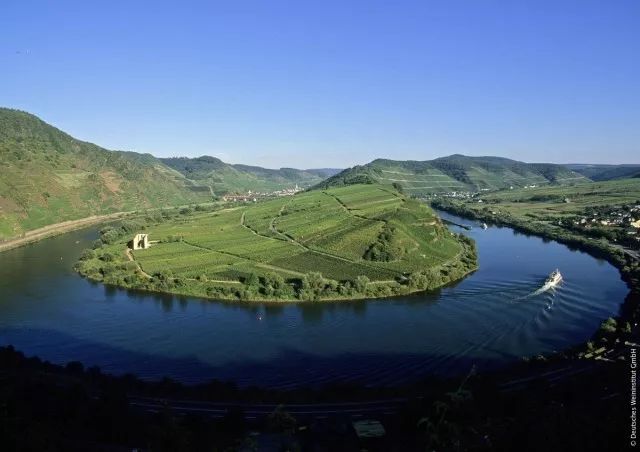 There are many impressive attractions along the Ruhr river, including Arnsberg and its medieval old city and classical area, Ruhr mining area in muttental Valley, baldeneysee in Essen, and duisburger inner port wharf, which has been transformed into shops and restaurants.

The main cycling route is an excellent cycling experience.

Even without GPS, you don’t have to worry about getting lost on this beautiful route; This long-distance bicycle lane from Franken, Germany to Hessen has very perfect facilities.

Along the way, there are not only very obvious road signs and beautiful scenery, but also a large number of accommodation facilities suitable for cyclists.

There are two sources of the main river, and so is this charming route.

Tourists can choose to start from the red main river in fr ä nkischen Schweiz or cross the frankenwald along the White main river.

No matter which starting point they choose, it will bring tourists an excellent riding experience.

The EMS River cycling route leads to the North Sea coast along the EMS river.

If you want to experience the pastoral scenery and the style of medieval towns, choose this route.

The Ames River cycling route follows the beautiful Ames River, from its upstream at the foot of Teutoburger Wald, passing through villages after villages, entering fairy tale medieval towns and leading to the North Sea coast.

The Rhine River is called “father River” by the Germans and has a legend praised and sung by countless people; Around the Rhine, the Germans have opened up many travel routes, and the famous one is the “romantic Rhine”.

The Rhine cycling route is much longer than the “romantic Rhine”.

The route goes from the birthplace of the Rhine to the estuary of the north coast to explore the history and culture of the Rhine.

Castles, fortresses, churches and ancient towns are dotted on the river bank.

They are like page by page history books, which will tell tourists the importance of the Rhine River at any time, including some scenic spots listed in the UNESCO World Heritage list.

The cycling route of Donau follows the legendary river.

Composers have written a lot of music for her.

Legend after legend is spread among the local population.

Go through the picturesque forest to Ulm with the world’s tallest church tower, take a rest where it overlaps with the Romantic Road, set off towards the magnificent Danube Canyon and eat a roast sausage by the old bridge of Regensburg…

The Baltic coast cycling route, the Pearl of the sea, the Baltic Sea discovery journey began in frensburg, On the route to Usedom, the sea will be your faithful companion.

This is a mysterious trip full of sunny beaches, cliffs and noisy seaside towns.. 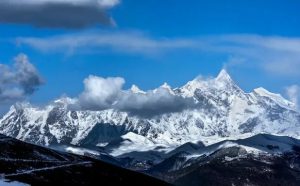 Ride, feel the spring day in the suburbs of Beijing, step on the spring breeze and catch up with the spring scenery ｜