How terrible are electric vehicle fires? Come and see! On the evening of June 27, a thrilling scene occurred in Luxi County.

A tricycle burst into spontaneous combustion on the way of transporting goods.

The owner of the tricycle quickly abandoned the car to escape, and then called 119 to call the police.

Fire rescue personnel rushed to the scene immediately to deal with the white smoke and open fire that had risen from the body.

Fortunately, the fire was controlled in time and no casualties occurred “At that time, when I was riding, smoke suddenly appeared in the cab of the tricycle.

At first, I thought it was the explosion of the electric car tire.

I found that the smoke was getting bigger and bigger behind, and the car had an open fire, so I immediately abandoned the car to escape, and quickly dialed 119.” Said the owner of the tricycle.

Charging for a long time will make the battery hot, bulging and even explode.

The circuit is aging ■■■ the electric vehicle has been used for too long, and the connecting circuit in the vehicle is easy to age and loosen, resulting in leakage, poor contact or short circuit.

If the vehicle wire fails, the generated high temperature is easy to ignite the saddle and decorative plastic parts of the vehicle.

Improper use of charger ■■■ many families have more than one electric vehicle, and the mixed charging equipment of electric vehicles of different brands will also cause damage to the battery.

The charger is a consumable product with short service life, which needs to be replaced in time.

When replacing, pay attention to match the battery model.

Overcharge ■■■ generally, electric vehicles can meet the needs of users after charging for about 8 hours.

Charging for a long time will make the battery hot, bulging and even explode.

To celebrate the 101st anniversary of the founding of the Communist Party of China, Anqiu Cycling Association organized the theme activity 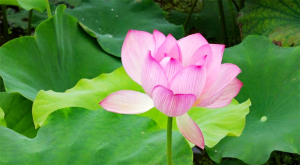 A good place to ride! Yunling, a high-value greenway, is waiting for you to punch in!