The urban traffic mode with motor vehicles as the main body is facing new challenges. 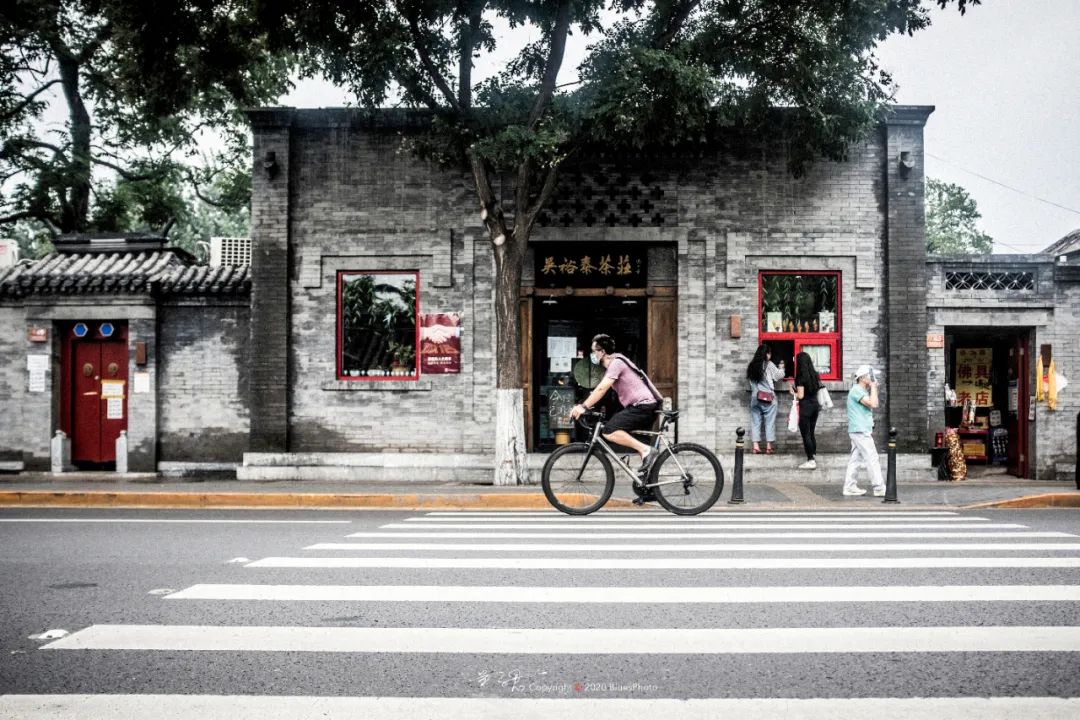 The green light is on, and a vast number of bicycles are driving on the bicycle lanes specially separated by fences on Chang’an Street in Beijing, forming a unique urban landscape together with the traffic flow.

Affected by the epidemic, especially after some cities experienced the shutdown of subways and buses, bicycles, as a convenient and environmentally friendly means of transportation, have become “popular” on the Internet and come into the public view.

This time, in addition to being a travel tool, bicycles also have many attributes such as fitness, leisure and social networking.

Like camping and Frisbee, bicycles have become one of the most popular lifestyles among young people at present.

Baidu search index shows that since March 27, 2022, the search data of “cycling” has risen sharply, from the previous highest 580999 to 2573119, of which “cycling activities”, “cycling equipment” and other keywords rank in the forefront of the search index.

With the rise of cycling craze, bicycles have also become a hot commodity in the short term.

After visiting many bicycle sales stores in Beijing, China Newsweek learned that the sales of bicycles and related equipment have increased significantly recently, and some popular models are basically out of stock, with waiting times ranging from 1 to 6 months, some even more than a year.

In addition, the prices of some classic second-hand bicycles have also increased compared with the previous ones.

At the same time, the urban traffic development mode with motor vehicles as the main body in urban construction is also facing new challenges.

In some cities, bicycles have been living in the “cracks” of motor vehicles for a long time, the right of way is difficult to be guaranteed, and the problems of no road and nowhere to stop are also highlighted.

In the past 40 years, with the process of urban motorization, bicycles in China have experienced three stages of development: dominance, decay and recovery.

In the 1970s and 1980s, bicycles were the most important means of transportation for people to travel.

China has more than 100 million bicycles, accounting for about one third of the world’s bicycle ownership in the same period.

It is truly a “Kingdom of bicycles”.

However, with the acceleration of urbanization into the city, especially the development of the automobile industry, the ownership of bicycles in China has declined rapidly.

The “wide road and large road network” with motor vehicle traffic demand as the core has become a common road model in urban planning.

However, this road model is considered to lack attention to the main body of transportation – “people”, which is not conducive to the realization of sustainable urban development.

Jennieliu, director of the center for urban studies at Portland State University in the United States, once did a study on the economics of bicycles.

She found that adding more bicycle lanes in the city will not affect the business of shops along the street, but can promote its development.

For example, the laying of bicycle lanes on a street in Minneapolis, the United States, led to a 52.44% increase in retail sales of food in the commercial street.

Cyclists on the streets of Beijing.

Sun Jian, vice president of tuchong creative Beijing Bicycle Club Alliance and founder of tiebrush bicycle club, told China Newsweek that most cities in China were not friendly to bicycles in the early 21st century.

Bicycles did not return to people’s vision until Beijing put forward the “3510” travel concept around 2011.

The so-called “3510” refers to the green travel concept of encouraging everyone to walk within 3 kilometers, ride within 5 kilometers, take bus within 10 kilometers, and drive green from a long distance.

Zhao Yixin, President of the transportation branch of China Academy of urban planning and design, told China Newsweek that in the past, the larger cities tended to occupy slow traffic such as bicycle lanes and pedestrian footpaths most seriously in the process of urban motorization.

“Now the first tier cities and some strong second tier cities are taking the lead in developing slow traffic systems, which is a reversal of the original overemphasis on the development of motorization.”.

However, Sun Jian was cautious about the explosion of bicycles.

He believes that riding has suddenly become “popular” on the Internet recently, which is related to the intensive media coverage.

In addition, the prevention and control measures of the epidemic have also become the “accelerator” of riding explosion.

Zhao Yixin believes that with the gradual strengthening of social awareness and understanding of the “double carbon” goal, seeking a green and low-carbon way of travel to alleviate the current urban traffic pressure has become an effective means of urban governance.

He said that among all modes of transportation, cycling can be regarded as a “zero carbon” travel option.

According to the research data of Beijing Transportation Development Research Institute, using bicycles to travel can reduce carbon dioxide emissions by 0.17 kg per kilometer per person compared with car travel.

If a car user uses a bicycle to travel, it can reduce one ton of carbon emissions a year.

Let cycling “return” to the city of Beijing has attracted much attention because of the creation of the country’s first commuter bike road.

On May 31, 2019, the first bicycle road in Beijing was opened, connecting Changping Huilongguan and Haidian Shangdi Software Park, with a total length of 6.5 kilometers.

Later, the East expansion, South expansion and West extension projects were launched in 2020, extending it by another 3.8 kilometers.

Zhou Yang, who lives in Huilongguan and works in a technology company in Shangdi, told China Newsweek that after the completion of the bicycle dedicated channel, he bought a bike.

It used to take more than 40 minutes to drive to work, and he would face congestion in the morning and evening rush hours.

Now it only takes about 30 minutes to ride.

“You can ride on the viaduct, and the scenery is also good.

By the end of May this year, the cumulative use of the bicycle road has exceeded 5.24 million people, with an average daily riding volume of 4500-5000 vehicles / time.

According to estimates, bicycle roads have contributed more than 1500 tons of carbon emission reductions.

Don’t want to be blasted. These methods improve your riding endurance

Wear the right cycling pants and be the most professional cyclist