The Montenegrin Public Security Bureau made a call for genuine assistance.

The police rushed to make efforts at the order.

The old man’s body recovered, and his family members were at ease.

A bowl of noodles, trickling love, moistened the old man’s heart with a thank-you, flowing to the deep love of the real police.

Recently, the police station of an Township, Heishan County, received a public alarm saying that an old man threw his bicycle on the ground in the cat litter factory in Shili village under the jurisdiction, He just fainted on the sofa in the guard room.

After receiving the alarm, the policeman on duty rushed to the scene at the first time and dialed 120.

After arriving at the scene, he found that the old man was not in danger of life, but extremely weak, so he kept close by.

When the old man was sober, the police carefully asked about the old man.

But the old man’s language is vague and communication is difficult, so he can’t express his specific situation.

In order to save money, he took some dry food and rode a bike and set out.

As of the day of the incident, I had been riding for 6 days and 6 nights, and collapsed in the guard room due to physical exhaustion.

The old man’s mobile phone has been turned off due to lack of power, and his family members are very anxious because they can’t contact the old man.

The police reassured the family members of the elderly, saying that they would settle down the elderly, and then contacted the Heishan County hospital to confirm that the elderly had nucleic acid proof, eliminating the risk of epidemic disease.

In the early morning of the next day, the family members of the old man rushed to Heishan County from Jilin Province.

After receiving the old man at the hotel, they came to the Zhen’an township police station to thank the police for rescuing them and presented a golden flag.

It is our duty to protect the lives of the people.

We treat the people as relatives to care for and take care of them.

Please take good care of the elderly in the future and avoid the elderly going out alone.” Source: Jinzhou police.. 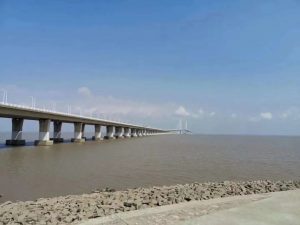