A video shot with a selfie stick and his mobile phone has become a hot search.

The video is 8 minutes.

The photographer is Dr.

After reading the evaluation, someone said: it’s the first time for me to see from the beginning to the end in 8 minutes.

A good man just talked for 8 minutes and fell into his heart.

In fact, for Zhang Qiang, there is no earth shaking plot.

He went out to pay his employees 15 days in arrears.

Zhang Qiang has done this more than once.

As early as 2020, also because of the epidemic, Zhang Qiang authorized the payment of salaries to all employees.

Since the Spring Festival, we don’t have a penny of income, but many employees have a penny.

But this time there are some special problems.

Because when Puxi was sealed on April 1, it was said that it was only sealed for five days, Zhang Qiang did not take the u-shield home.

But no one thought it would be sealed up for so long.

Considering that the employees may be under pressure and the epidemic situation is changeable, “it is possible that I will be sent to the shelter tomorrow.” Therefore, Zhang Qiang decided to negotiate with the neighborhood committee and go out to “handle this matter”.

After discussion, the neighborhood committee finally agreed to let Zhang Qiang out, but could not drive.

Zhang Qiang’s address and park are more than 20 kilometers away.

Because the weather forecast said there was a thunderstorm, he took a raincoat, umbrella and waterproof coat.

Considering that there may be emergencies on the road, Zhang Qiang made sufficient preparations – a note to go out, a nucleic acid report, a bottle of mineral water, a whole wheat bread and a selfie stick.

Because walking is very boring, sometimes take a picture to keep a souvenir.

There is also the prevention of stray dogs.

Stray dogs did not appear, but whole wheat bread supported him to walk more than 40 kilometers.

I want to buy a bottle of water, but all the shops are gone.

Even if there are shops, they don’t sell it to individuals.

They all go to make group purchases.

and arrive at the park at 12 noon after four hours of cycling and walking.

I finished my salary in the office and didn’t get home until about 5 p.m.

“Almost in the next second, the rain fell outside.

Today’s weather and people have given the greatest kindness.” During the epidemic, Zhang Qiang also tried to give this goodwill to others.

His company also opened an “air clinic” to see patients free of charge.

More than 20 doctors and nurses gave up rest and helped hundreds of patients free of charge in 25 days.

On Weibo, Zhang Qiang will also receive many help from patients who have nothing to do with his major.

Most of them come from Shanghai.

There are more than ten articles every day, and some people in the circle of friends will ask for help.

“Be worthy of the job in any situation.” However, he also said that he could not help many people: some patients died because they missed the best treatment during the epidemic, and some elderly people still had difficulties in dispensing drugs.

Although the doctor has been relatively calm in the face of life and death, but he has seen too much, Zhang Qiang still feels deeply powerless and tired.

In fact, he could not have worked so hard.

Zhang Qiang, from Ruian, is one of China’s top venous doctors.

He is also a good friend of Zhang Wenhong.

It has also achieved endoscopic vascular surgery for the treatment of venous ulcer for the first time in Asia, affecting a large group of American doctors.

However, after working in the system for 20 years, in 2012, Zhang Qiang suddenly announced on his microblog that he would “practice freely”: “I will leave the system to practice and find a new way for good and excellent doctors in China.” In 2014, Zhang Qiang officially established a doctor group named after himself.

The so-called “doctor group” means that doctors jump out of the system and need not be limited to a hospital, but circulate in the form of resources.

However, at that time, no one was willing to work with Zhang Qiang for a long time when he issued the entrepreneurship declaration.

Even, because there is no partner, he can only “pull” his wife Huang Chen to meet the industrial and commercial requirements of “more than two shareholders registering a limited liability company”.

For these problems, Zhang Qiang was also calm: “I still have some ideological preparation.

I can understand the doubts and objections of others.” Questioning is actually a small matter.

The biggest problem is that doctors in public hospitals don’t have to worry about the source of patients.

But for Zhang Qiang, “the doctor group is floating all over the sky, and it is difficult to find a landing hospital”.

In this regard, Zhang Qiang’s approach is to use his own influence to explore more living space for the group while building his own medical institutions.

According to the data, on August 2, 2016, Zhang Qiang broadcast live for half an hour and received more than 40000 likes in total.

In addition, Zhang Qiang is also the first surgeon to participate in the film shooting.

In the film inner gravity, Zhang Qiang played himself and said: “when I just left the system, I didn’t know which direction to work in.

Some people said that I would become a martyr.” He is a “martyr” and a pioneer.

A doctor popularity ranking report shows that 20% of doctors in China have heard of Dr.

“This means that 20% of Chinese doctors may have heard of Dr.

Zhang Qiang’s microblog was also banned a few days ago.

Some people speculate that the reason should be that he said something related to the epidemic.

Although the nucleic acid is tested, it is the bottom line of the people of Shanghai.

He also said that “some things lost in Shanghai will be recovered at a greater cost in the future”, “Shanghai is at the forefront of civilization protection.

Once the defense is broken, the consequences will be unimaginable”.

The specific reason is unclear, but Zhang Qiang was picked out later, Zeng said; At present, the problems of the mainland’s medical system are very similar to those in Taiwan decades ago.

Now private medical care has supported the task of health security for most people in Taiwan.. 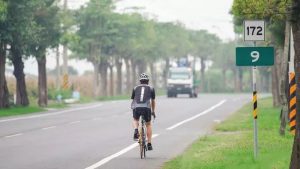 That’s the difference between old drivers and novices!

Riding, making phone calls and not wearing helmets will be punished! Implemented from May 1!