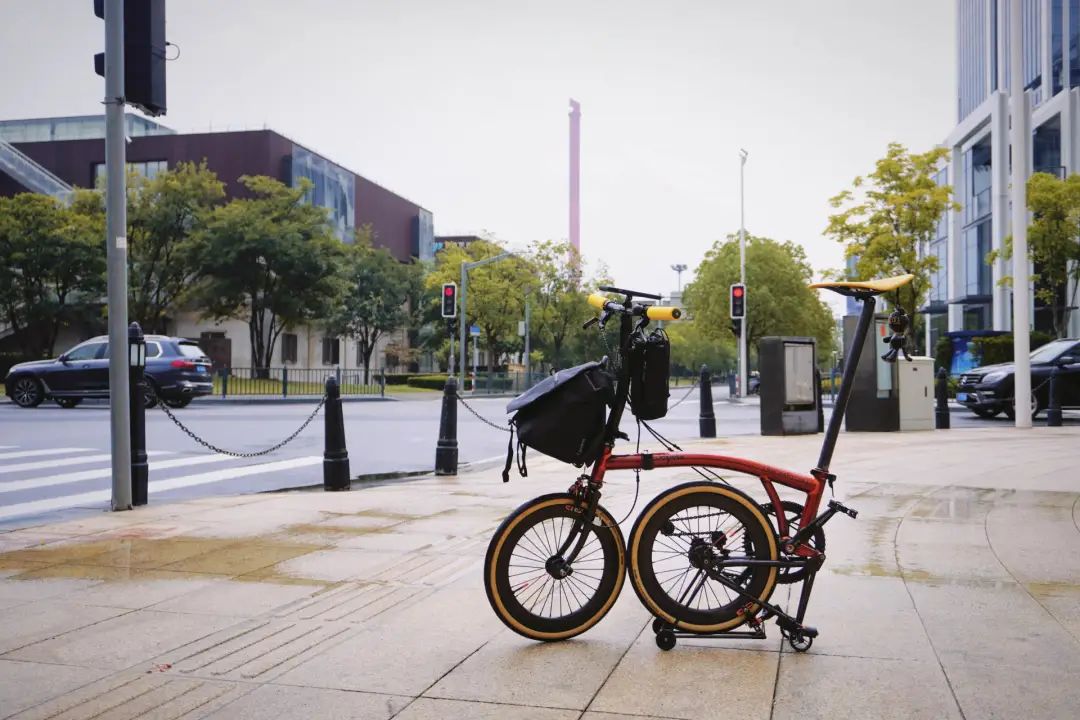 I’m afraid that today, this controversial remark will be reversed. 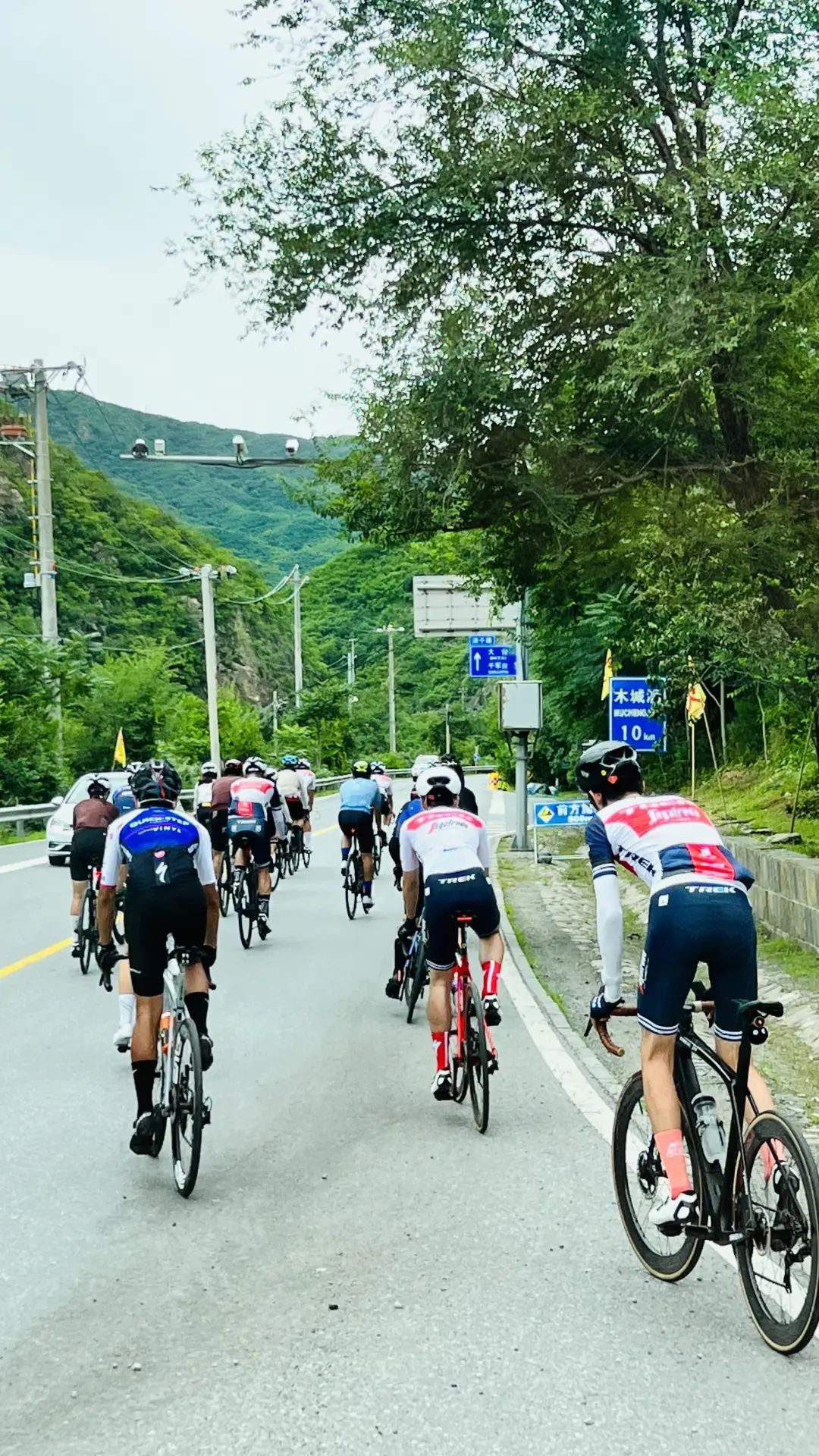 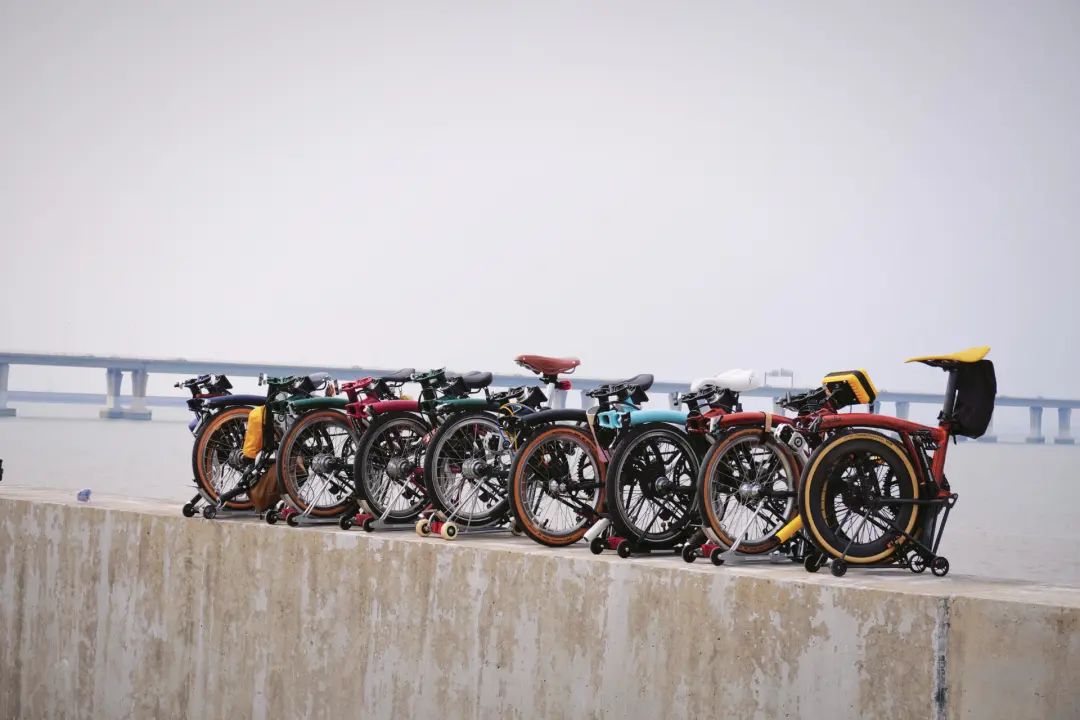 Thousands of leisure bicycles and road bicycles have become a flowing scenic line.

Any bicycle that looks ordinary may be worth tens of thousands.

In July this year, frank, who has bought two Brompton (commonly known as Xiaobu) bicycles, grabbed another limited sale model with rare colors, which is absolutely in demand.

On the second-hand trading platform, some people hang the small cloth as a work of art, with a price of millions.

The copy is “no, only sharing”.

If we compare the current mainstream 10000 yuan bicycle brands and automobile brands in the market, Xiaobu is equivalent to minicooper, American brands specialized and trek are equivalent to Porsche and Bentley.

Among domestic brands, giant is similar to BMW and Mercedes Benz, Merida is Audi, and pardus is like BYD.

In fact, road bikes and recreational bikes are two worlds in cycling.

Also in Beijing, from Chang’an Street to the new Shougang bridge, most of the leisure riders on the road are road bikers.

Most of them are road bikers on the 20km slope of Miaofeng Mountain.

However, behind all this, there are a series of addictive behaviors of people to riding and high-end bicycles: the most typical symptom of primary addicts is to indulge in self appreciation.

Chen Lin, who is nearly 40 years old, seldom looked in the mirror and took photos in the past.

He rode for nearly a year.

He unconsciously paid attention to his own body, and began to take photos and deliberately recorded the photo pose of his friends in the circle.

Frank is an intermediate addict.

He made arrangements for each small cloth, and modified it in different directions according to the use scene.

When he made an appointment with a friend to ride at night and go out to eat, he rode on the lighter, better riding and more sporty car.

If he only goes to work or buys vegetables, he will choose the car with the vegetable basket.

Xiaobu is really a practical tool for him.

He is thinking about how to refit the third Xiaobu.

Senior addicts will have a detailed division of labor for each vehicle and will deeply study their own riding data.

Wang Dongyuan, who has been riding for 11 years, has 9 bicycles, with a total investment of more than 300000 yuan.

He can ride different bicycles on the same asphalt road, whether riding on a flat road or climbing a slope.

When riding, you can see your real-time ranking by using the code table.

Some cyclists describe that when the heart rate was 170 when climbing the slope, it was hard.

The sense of achievement will be greatly satisfied.

We talked with different levels of addicts and tried to uncover the secret of their addiction to high-end cycling.

What needs to be emphasized is that many of them mentioned that no matter how much they ride, the pleasure of riding is the same.

Especially in the road circle, cyclists will only despise those who ride tens of thousands of cars and have poor skills.

Leisure car: three small cloth cars, one for vegetables, one for night riding, and one for commuting.

“A bicycle of 1000 yuan is good enough.” this is Frank’s idea before buying a bicycle.

After deep understanding of the market, his concept was overturned.

“Expensive cars are not bottomed out, and there is a reason why they are expensive.” Once he entered the circle, he started with ten thousand yuan.

Xiaobu is the most popular leisure bike at this price.

Frank thinks that this portable bicycle, which is welded by craftsman, is miniature and foldable, which is very suitable for him and more suitable for the riding atmosphere in Shanghai where he lives.

Ride on it, pass through the French style old western style buildings and the Wutong covered Boulevard, stop when you see the coffee you want to drink, and go in for a drink.

Xiaobu is not Frank’s first choice.

His first ride is a more sporty road car.

However, considering the convenience, he moved to love Xiaobu after a year and a half.

Once he entered the pit, there were three.

In order to understand this krypton addiction, we visited Xiaobu’s only direct store in Beijing.

The small shop is crowded with folded small cloth, and each car is pasted with a note, which means that it has a reserved owner.

We randomly selected a sample car and took a test ride in the corridor outside the store.

Maybe it’s because he can’t adjust the speed.

He doesn’t have a very light feeling.

When he cast a puzzled look at the clerk, he replied, “it’s OK to take it to the subway.

The staff all know Xiaobu.” The clerk continued to share the needs of users who came to the store to buy cars.

Among the 10 people, 6 were for commuting, 2 were for refitting, and 2 were for taking photos.

Other customers who try to ride in front of the store are more concerned about when they can ride the small cloth home.

After receiving the reply from the clerk that “all of them are out of stock, now we need to wait for at least six months for the reservation”, everyone can’t hide their disappointment.

However, even when there is no stock, the store can still order 15-30 cars a day.

It may be that we are price sensitive users.

The clerk said that Xiaobu raised the price by 10% in February this year, and it is expected that it will rise again in the future.

The prices for changing the color, adding leather seats and matching baskets are all different, ranging from several thousand to four to five thousand.

I have a good lesson: [cycling classic] I’m going to Tibet – a full set of video tutorials on mountain bike installation, maintenance and 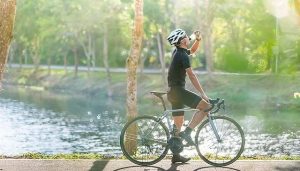