Love is addictive, whether it’s food, travel, music or love.

Don’t want to quit, because “addiction” is the motivation to live.

Being addicted means you are qualified to love.

If you have love, you will be reluctant to part with the world.

Please let me be addicted before being sucked dry by the boring and trivial life! What is your addiction? For me, it’s riding! Why are we addicted? From a physiological point of view, it is because exercise makes the human body produce comfortable and pleasant “endorphins”.

However, are we only in love with cycling because of hormones? No, it’s also because…

Every time you ride alone, it’s a baptism of your heart.

When riding forward, I can’t think sadly – because I shuttle in the wind, enjoying the pleasure of speed, stripping away the trivialities of life and the barriers that hinder life.

Impetuosity gradually subsides, the heart becomes focused and quiet, and the road is clear and exact.

As our life is becoming more and more mental, we are gradually unfamiliar with our own body and the power of human beings.

While riding, we feel every trace of it clearly: the heat of our fingers after exercise…

The sweat from our cheeks…

The slight pain in our legs…

Every simple feeling constitutes a link with our own body, which makes people feel every inch of their own power and makes people unable to stop.

It is recommended to pay attention to the public cycling in the cycling village.

You may feel that such obsession will take up too much time, indulge yourself, and ignore your family and friends.

But you know what? We are addicted just to get along better with our family and friends.

We need an outlet to love the world and balance out a better self, so that we can live a better life.

Therefore, we have the power of persistence and self-control, but we don’t want to quit this addiction.

Because riding is the way we love the world.

My addiction to cycling is actually my deep love for the world.

If a cycling addict takes a day off, their brain will struggle with regret and regret not cycling.

In addition, you will feel that other daily tasks are slowly becoming boring or annoying.

When depressed, they need to go out and ride a bike, no matter what the weather is, because they know it will improve their mood.

Although the number of cycling is increasing, it is becoming more and more difficult to achieve a satisfactory state.

It’s no exaggeration to say that some of these ideas are really familiar to us, aren’t they? Have you ever felt similar? Some experts objected that despite some similarities, the concept of addiction refers to excessive and uncontrolled consumption of psychotropic substances such as alcohol or tobacco, rather than exercise.

Many people think that cycling is safe, because millions of people like cycling without any side effects.

However, some scientists point out that addiction is increasingly applied to a series of syndromes called “behavioral addiction”, including gambling.

The bad news for cyclists is that endurance exercise is the sport with the greatest risk of addiction among all the sports studied.

Where does this problem come from? Endurance cyclists usually receive neurobiological rewards during and after completing a certain distance.

Endorphins produced by the body are converted into opioid like peptides, which can lead to dependence and thus become the cause of withdrawal symptoms, because – endorphins are secreted during high-intensity exercise.

Many studies have examined the effect of exercise intensity on endogenous opioid production during cycling.

The feelings experienced are described as pure joy, euphoria, internal harmony, infinite energy, the feeling of happiness and the state of reducing pain.

Such emotions and feelings are very similar to those described by people who are addicted to other types of substances.

If we get rid of the habit of cycling, we will start to lack something, which may be regarded as withdrawal symptoms… 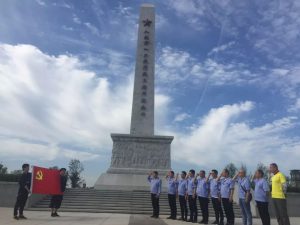