The color of the return group is the same as that of the first group, with a total of 6 colors: surging red, Dianzhi gray, rhythm blue, dynamic blue, vitality powder and Rili yellow.

This ultra light children’s bicycle of Uber (a customized model we participated in the research and development, which will be named as the Mars rover when it was put on the shelves all over the world, and then it will be uniformly called the Mars Rover).

It is a product with great differences between me and tongpin before returning to the group.

Because I chat from various Luohanguo groups and microblogs and basically receive feedback that everyone is very satisfied with the car: and the children’s drying list: and children’s products will say that the Mars rover is an after-sales disaster.

I asked them for data.

Because there are few problems about quality, and they are all delivery problems, they are basically handled by the customer service of the children’s product association, so that my feelings are unclear, but they hurt the bike.

Therefore, I decided to return to the group, but accepted the opinions of the children’s product association.

This time, the group only returned to the spot, and when the group was opened, the company sent someone to the factory with the customer service of the children’s product association to watch the delivery, so as to avoid missing and wrong delivery in the delivery to the greatest extent and improve everyone’s shopping experience.

Compared with the first time, this return has two obvious changes: first, only on the spot, no pre-sale.

Many friends wait for bicycles to give children gifts on June 1, but until now, there are only 2000 in stock.

Therefore, the total amount of bicycles in all colors and sizes is 2000.

Do not open pre-sale.

If you need a friend, please order an alarm clock and take a squat shot.

2、 The return price is higher than the initial group price.

Because the company participated in the research and development of the rover, Lele’s father put forward many valuable suggestions.

Therefore, during the first mission, youbei allowed the company to make profits, and even reduced its profits, giving everyone a very favorable group price.

But that price was mentioned at the beginning, only once.

Mars rover is a very competitive model of Uber now.

They want to sell in the global market.

They don’t make money all the time.

Brands and manufacturers will certainly not do it.

In addition, we press the group price to make no profit, and all channels will not be willing to sell.

This good product will die at a low price.

Therefore, returning to the group can only be the unified group price specified by the brand.

It is still very competitive on ultra light vehicles, and it will be more favorable than when there are large activities on various platforms, but it is true that each model is about 150 more expensive than when it was first launched.

In the first mission, I said that the target of the rover in R & D was two or three thousand ultra light vehicles on the market, but because I didn’t talk about too many details of the vehicle, I just emphasized ultra light, so a friend asked me the difference with an ultra light vehicle with an activity price of more than 900.

After explaining to her that the weight is only one of the indicators to judge the quality of a stroller, I felt that some information may also need to be known.

I talked about it on the microblog and shared with you the microblog at that time when I returned to the group: the microblog mentioned the choice of handlebar, so tell my friends who have already bought it about the handlebar booster.

In research and development, we choose the handlebars that cannot be directly increased because, from a professional point of view, the handlebars currently selected by the Rover are better.

However, because the front fork tube of the Mars rover is not the general size on the market, the vertical lifter on Taobao can not match it.

However, since it is said that it can be increased at the beginning of the mission, youbei must do it.

This is a matter of principle.

I must be responsible for what the mission promised.

Therefore, I heard from the customer service that friends who can’t increase the height can be at ease.

There must be some vertical heightening devices.

Youbei has opened a model to customize a special vertical heightening device for the rover.

There were two models for us to choose, and one was determined after discussion.

However, because there is still a production cycle for mass production, it will be put on the shelves later.

(the booster is only used after the child’s height increases by about 7 cm.

If you think the handlebar is short when you buy a car now, it proves that the size is inappropriate, don’t buy this car.) Before putting the first group article, add a few more questions asked during the message and customer service reception.

If you have read the group article before and intend to place an order directly, you must also look at these questions first.

The operation is more flexible.

Generally, high-end cars on the market are not equipped with a limiter.

The 14 inch ultralight vehicle is equipped with a stopper.

It is considered that the children who are beginning to learn bicycles have a weak grasp of riding.

If the steering is too large, it may be dangerous.

What is the reason for the abnormal sound of the disc brake and how to solve it? Since the customization of the rover, the disc brake is a hard requirement.

Coupled with the bumps in the transportation process, the disc brake may also be slightly misplaced.

If your father has strong hands-on ability at home and can operate by himself, you can ask the customer service to adjust the video.

If there is no operator at home after reading it, you can directly contact the customer service and send it back to the factory for debugging.

There is abnormal noise near the pedal.

What is the reason? How? This problem is easy to solve.

You can check whether the foot pedal is tightened.

If it is not fixed tightly, it may cause clearance and shaking.

When the force at the lowest point is large, there will be abnormal noise.

We can fix the foot pedal.

At present, what we have found is that this is the only reason.

If you find that it is not the problem of loose pedals, you can feed back to the customer service at any time.. 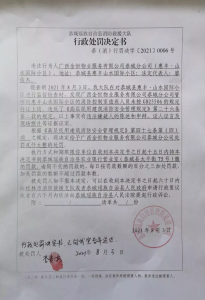 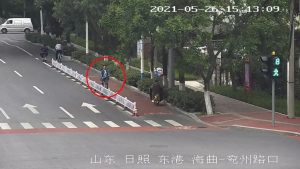