In this issue, let’s talk about those unforgettable memories related to bicycles.

Come and have a look – @ * * in the first grade of Bafen sugar primary school, I went to his cousin’s house with my brother.

There happened to be a bicycle at his house.

First, they helped me to ride, and then I practiced by myself.

I kept hitting my head, hit it and went crazy.

I suddenly learned it later.

I wondered if I had a brain through it.

Can’t I let you ride now@** At that time, when I was in primary school, I passed a vegetable market, which was very crowded.

My mother said, “you go down first, wait until you come out of the vegetable market, and I’ll take you to school.” Then I went down.

As a result, out of the vegetable market, my mother rode away directly.

I chased all the way to the school gate.

My mother later said that when she came to the school gate and called me out of the car, she found that there was no one behind.

There was only a schoolbag left.

Maybe mom just wants you to exercise@** (＾ ω＾) When I was a day student in high school, my home was more than five kilometers away from the school and I had to go through the city center.

Lack of sleep in high school, it is impossible to get up without sleeping until the last second every day, and then ride a bike all the way to school.

One day, I rode to an intersection in the central area.

When I crossed the intersection, I had to go to a bridge.

I saw the red light just turning green from a distance.

I was ecstatic and pedaled under my feet, and I went through like the wind.

Then I heard the police uncle shouting behind me: “girl! You’re speeding!” It’s like flying ~ @ * * ia when I was a child, my sister gave me a children’s bike.

I was a special baby.

When I didn’t ride it, I asked my mother to help me move upstairs and put it away.

One day my cousin came to play.

I wanted to show off my children’s bike, but there were no adults at home, so I moved down by myself.

The result was obvious.

I rolled down the stairs, but I didn’t let go of my baby bike until I rolled to the bottom.

When I stopped rolling, I stood up firmly to take my cousin to ride a bike – and then she ran away crying.

I still don’t understand why she ran.

She may think that holding a bicycle and rolling the stairs is the project you want to take her to play@** Ng more than 20 years ago, when I was 4 years old, my third uncle cyberpunk was in his early 20s.

One day, he bought a super large 28 bar bicycle, took me on the bar and said he would take me to fly.

I got on the car in the envious eyes of my friends, and then my uncle drove the car up a slope quickly.

Unexpectedly, before the car flew, I flew out first and broke my arm.

My uncle was chased out for miles by my grandmother with a big broom.

It’s suggested that grandma chase faster on the 28 bars@** Carrots when I was a child, I looked like I was three or four years old.

I went to the new year’s fair with my parents.

There were so many people.

When I let go, I was crowded.

I remember I walked to the place where we parked our bikes.

I knew our bikes and waited there.

I thought my parents would go home.

When I came to push the bike, I saw me.

I waited all morning.

My parents later said that they were crazy in the episode and were ready to go home and call the police.

They praised me for so many years when they saw me standing next to my bike.

The child is clever at an early age@** Al was going to study day at the beginning of junior high school.

He learned to ride a bike in the summer vacation of grade 6.

He took my sister out of the house just after he learned to walk in a straight line without even turning.

As a result, he threw her into the drainage ditch of the roadside field at the second turning.

I remember this for more than 20 years…

Shouldn’t your sister remember it for more than 20 years@** When Xian Gang learned to ride a bicycle, he borrowed a small children’s bike.

The car is very old.

My brother and sister learned to ride a bike with that car.

Later, after learning to ride a bike, I rode fast.

When braking, the car broke up directly.

It really broke up Three people learned to ride with it.

It has completed its mission and died great@** My second aunt rode around the city.

When I rode to the other side of the city, I found that the bicycle tire leaked.

I could have ridden home in another two hours.

I TM rode hard until it was dark.

Countless uncle and aunt who danced square dance passed me.

I TM was there, and I could step hard like a silly batch.

So why don’t you come down and push@** When slacker was a child, my father put his bike in front of the store.

I played in the square in front of the store.

Suddenly I saw a man riding the same bike as my family in front of me.

I was excited to go home and tell my mother that there was a man who was the same bike as my family.

Who would have thought that my car was stolen and I watched it ride away.

Then I got a fat beating and the sugar gourd in my hand didn’t smell good.

Thought it was a wonderful fate, in fact, it was the culprit of being beaten.

Riding a bike is hard to avoid the feeling of bumping, pain and happiness.

Who knows? Participation method: click “write a message” below.. 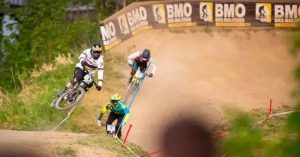 The fender is not comfortable with the bike!

The rich second generation picked up his girlfriend by bike and was looked down upon. A phone call called 100 luxury cars!