The word “bicycle” appears in China, but it has a history of more than 100 years.

It was first called “bicycle”.

The first person to call it “bicycle” was Zhang Deyi, a fellow of Tieling in the late Qing Dynasty.

The bicycle in the Forbidden City has a long handlebar.

Zhang Deyi, also known as Zhang Deming, is a Manchu.

He was incorporated into the yellow flag inlaid by the Han Army in the early Qing Dynasty.

He went abroad eight times in his life and spent 27 years abroad.

Every time he went abroad, he wrote down a detailed diary to record what he saw and heard abroad.

In 1868, Zhang Deyi was appointed by the Qing government to visit Europe.

After returning to China, he wrote a travel notes of Europe and the United States, which described the first time he saw a bicycle on the streets of London: “one wheel at the front and back, one big and one small…

One person sat on the string, rotated on the string, and shook his head with his feet…” the bicycle first appeared in Shenyang – in 1904, near the drum tower on Siping Street in Fengtian, a figure of a Russian soldier riding a bicycle was left.

This should be the earliest bicycle image in Shenyang.

Why are there Russian soldiers riding bicycles on the streets of Fengtian? It turned out that there were cyclists in the infantry of the Tsarist Russian army.

This picture of Fengtian Street bike is really early, but it’s a pity that the cyclists are not Chinese.

During the war of resistance against Japan, when devils came to the village, there were people riding bicycles.

Almost all old Shenyang people had the memory of riding bicycle girders in their childhood.

In 1984, the speed of two rounds of bicycle greeting relatives (photographed by Liang Daming).

In those days, there were many bicycle repair stalls on the streets of Shenyang.

It’s like looking for a needle in a haystack! In Shenyang, there is a kind of car playing, called the acrobatic master Cai’s flying car wall walking skill, which was founded in Shenyang in the 1950s by the famous acrobatic artist Cai Shaowu with a bicycle.

In 1951, Cai Shaowu, who came to Shenyang from Guannei, made a large wooden barrel in the north market of Shenyang and performed a flying car walking on the wall.

It is said that this is the ancestor of China’s flying car walking on the wall, from bicycles to motorcycles and cars…

In Shenyang, there is a kind of car selling called “national model worker” – Mr.

Lao Qin said: in those years, there was a salesperson in Shenyang No.

2 department store named sun zuoshu, It sells more than 10000 Baishan brand bicycles a year, has been awarded the honorary title of “king of bicycle sales of local products in Shenyang”, has been selected as a national labor model, and has also boarded the Tiananmen Gate Tower.

However, with the changes of the times, the sales of bicycles have gradually faded…

In Shenyang, there is a kind of car protection, called the lofty realm – veteran Cao Yingzhang “retired without being laid off”.

He took out his pocket and sold a full set of car repair tools and air pump at the door of his home for pedestrians to use for free.

(Photo by Liu Shengsheng) in Shenyang, there is a kind of bicycle, In the late 1970s, there were not many public railway bridges in Shenyang.

During rush hours, a large number of cyclists raced against time at the railway entrance and rushed to pass in front of the pole.

They often forced the train to stop.

(Photo by Liu Shengsheng) there is a kind of RV in Shenyang, It’s called “walking in the wind and rain” — preschool children who work with their parents every day.

Before the 1990s, it was common in the streets of Shenyang.

Parents work at work and children work in kindergartens in the same factory.

They go to work together and go back together after work, which is consistent with the work and rest time of the factory.

Many workers in Shenyang often ride a bicycle with a straddle bucket, and many have a tight cover – just like a “mini RV”! Put the one or two-year-old child in the car body and take the child to and from work.

When the wind and rain, the child is safe and sound.

In Shenyang, there is a kind of parking, which is called “not seeing the outside” — in the summer of 1997, during the traffic management in Shenyang, the city leaders hung the “traffic duty” nameplate on their chest, went to the streets to carry out publicity and duty, and from time to time, the big brother on a bicycle stopped to chat with the leaders on the street.

Who do you see in the picture? Can you recognize it? Do you still have cadres on the street tonight? Old Shenyang man, who rode a bike and didn’t get caught in the heavy rain – in the summer of 1994, it suddenly rained.

Two passers-by hiding under the Nanba road bridge (Liang Daming) old Shenyang man, who drove a cart and didn’t get through the heavy snow – went back to his mother’s house on the second day of the first month, both joy and suffering (provided by Chen Xiuqing) in 1998, Migrant workers working in Shenyang (Photo by Liang Daming) Shenyang car fan uncle Gan Dahai hotline revealed that uncle Gan, 65, in Shenyang, just likes bicycles.

It was no worse than driving a luxury car today.

In order to achieve this small goal, he fought hard…

In the 1980s, the “Baishan” brand produced by the young cycling workers of Tiexi factory and Shenyang, together with Shanghai “forever” and Tianjin “Flying Pigeon”, was known as the “three swordsmen” in China’s bicycle industry.. 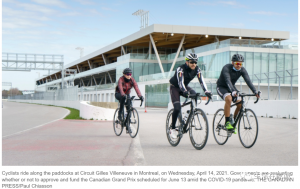 Good news for bike lovers! The 14 kilometer long bicycle lane in Montreal has been reopened

Please don’t say that to the bike shop!