Zhou yuanfan, deputy secretary of the Party committee and political commissar of Guangzhou traffic police detachment, said that Guangzhou will take the upcoming electric bicycle registration and licensing policy as an opportunity to bind the registered vehicle and owner information with RFID electronic number plates, build an electronic fence on the main roads, and realize the accurate identification and tracing of traffic violations.

According to Yue Chaoyang, at present, the management of electric bicycles mainly depends on the traffic police department for terminal rectification, and the supervision is not enough.

According to the relevant provisions of the road traffic safety law of the people’s Republic of China, electric bicycles are non motor vehicles, and there are no relevant mandatory requirements in terms of driver’s license, scoring system, annual examination, insurance, wearing helmets, etc.

the maximum penalty for traffic violations is 50 yuan, which is lack of strong legal deterrence, and the specific provisions on electric bicycles in the regulations on the administration of non motor vehicles and motorcycles in Guangzhou are relatively weak.

Yue Chaoyang suggested that the regulations on the management of non motor vehicles and motorcycles in Guangzhou should be supplemented and improved as soon as possible, the management contents of various links such as the production, sales, registration, passage, parking and charging of electric bicycles should be added and improved, and the whole chain closed-loop management mechanism should be followed up and established.

Zhou yuanfan, deputy secretary of the Party committee and political commissar of Guangzhou traffic police detachment, said that Guangzhou Public Security Bureau has studied and put forward suggestions on the supplementary contents of the provisions of Guangzhou on the administration of non motor vehicles and motorcycles, and coordinated the Municipal People’s Congress to incorporate them into the revision plan of local regulations next year, such as adding regulations that should regulate the wearing of safety helmets and encourage the purchase of insurance.

“Taking the upcoming electric bicycle registration and licensing policy as an opportunity, we use RFID electronic number plates to bind the registered vehicle and owner information, and build an electronic fence on the main roads to realize the accurate identification and tracing of traffic violations.” Zhou yuanfan said.

Electric bicycle has no way to go? Guangzhou has completed the construction and transformation of 62 kilometers of non motorized lanes.

In this regard, Tan Guojian, member of the Guangzhou Municipal Committee of the Chinese people’s Political Consultative Conference and vice president of Guangdong Southern Soft Power Research Institute, suggested: on the one hand, we should speed up the construction of non motorized lanes, which can be constructed by squeezing motorized lanes on existing wide roads; For the existing narrow roads, it is considered to strengthen the management by means of one-way traffic, peak staggering setting, and setting up non motor vehicle prohibited areas.

On the one hand, we should make use of the guardrail on the motorway to avoid mixed traffic conditions.

On the other hand, we should strengthen the management of the guardrail on the motorway.

Zou Xiaojiang, chief engineer of Guangzhou Transportation Bureau, said that Guangzhou has prepared and issued technical documents such as the guidelines for the design of standard cross sections of urban roads in Guangzhou (for Trial Implementation), urging and guiding road construction units at all levels to carry out the construction of non motorized lanes simultaneously when building new roads.

Up to now, the city has completed the construction and transformation of 62 km non motorized lanes in 70 sections of Guangzhou Avenue North, Jiangyue Road, Dongfang Third Road, Huanhua Road, Dongpu Avenue and Yunxiao road this year.

Electric bicycles are parked and placed randomly? Or face a fine of 10000 yuan.

According to statistics, from 2018 to 2020, there were an average of 140 electric bicycle fire accidents in Guangzhou every year, mainly due to the out of control heat of electric bicycle battery caused by illegal charging.

Tan Guojian, member of the Guangzhou Municipal Committee of the Chinese people’s Political Consultative Conference and vice president of Guangdong Southern Soft Power Research Institute, believes that another reason for the frequent occurrence of electric bicycle fires is the lack of supporting facilities for electric bicycle parking and charging.

Many citizens will still choose to park their electric bicycles in public areas such as indoor, walkways and stairs for charging.

The regulations of Guangdong Province on the promotion of civilized behavior, which came into force on September 1, also stipulates that electric bicycles, electric motorcycles and electric tricycles shall not be parked or charged in public areas such as common passages, elevators, staircases and emergency exits in buildings.

He zhanliang, a first-class researcher of Guangzhou Emergency Management Bureau, said that the Bureau will vigorously promote the planning and construction of supporting facilities such as parking and charging of electric bicycles in public places and around communities, set up centralized parking and charging areas as far as possible, and encourage the setting of intelligent charging facilities.

At the same time, the Bureau will also strengthen the supervision of key places such as residential areas, office buildings, shopping malls and catering places.. 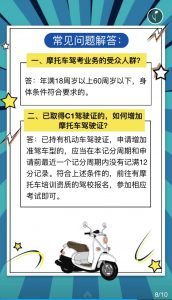