As we all know, people who often ride must be much stronger than those who don’t exercise often, in terms of physique, spirit and willpower.

Let’s see what are the benefits of riding first? 1.

It will make your heart stronger.

Sports experts point out that the change of heart rate during riding is also different according to the speed of pedaling and the fluctuation of terrain, so the heart rate often increases by 2-3 times than usual.

Repeated practice in this way can make the myocardium developed, the myocardium contract strongly and the elasticity of blood vessel wall enhanced, so as to increase the lung ventilation, vital capacity and respiratory function of the lung.

After exercise, the blood flow speeds up and produces nitric oxide.

The role of nitric oxide is to soften the muscles around the blood vessels.

The faster the blood flows, the more nitric oxide is produced.

The experiment found that riding can speed up the blood flow by 10 times.

The endurance exercise effect of cycling on internal organs is the same as that of swimming and running.

This exercise not only benefits 3 pairs of joints of hip, knee and ankle and 26 pairs of muscles, but also exercises the muscles of neck, back, arm, abdomen, waist, groin and hip.

Joints and ligaments have also been trained accordingly.

When riding a bicycle, due to periodic aerobic exercise, exercisers consume more calories and can receive significant weight loss effect.

According to the survey and statistics of relevant international committees, among various professionals in the world, postmen live the longest.

One of the reasons is that they often ride bicycles when delivering letters.

It will make the lower limbs stronger.

Riding is mainly based on leg movement.

According to scientists’ experimental statistics, 26 pairs of lower limb muscles need to move 180 ~ 200 times for every 1km.

Getting up early and cycling will make you feel less sleep in the short term at the beginning, but in fact, when you close your eyes and sleep, the quality of sleep is higher.

Researchers at Stanford University School of medicine asked insomnia people who were sedentary to ride a bike for 20-30 minutes a day.

“It helps your biological clock adjust to normal state and reduce the secretion of cortisol, a stress hormone that leads to sleep loss, so as to restore you to normal sleep.” 5.

According to experts from Bristol University, the fitness effect of cycling can reach your internal organs directly.

“Physical exercise helps to reduce the retention time of food in the large intestine, so as to reduce the water absorption of stool and make it easy for you to defecate.” Said Dr.

In addition, aerobic fitness also promotes your breathing and heart rate, which helps to stimulate the contraction of intestinal muscles.

“In addition to avoiding your feeling of abdominal distension, it can also prevent you from developing intestinal cancer.” Dr.

In short, there are many benefits of cycling.

We want to be with you every time we ride © Charm liv Henan women’s bicycle long press the QR code below to pay attention to us.

We want to be with you every time we ride © Charm liv Henan women’s bicycle long press the QR code below to pay attention to us.

We want to be with you every time we ride © Giant Henan bicycle merchants long press the QR code below to pay attention.

We want to be with you every time we ride.. 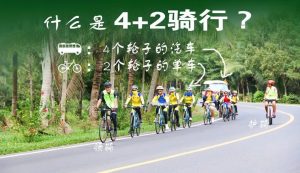