This morning (December 11), the reporter got a sad news from the hospital participating in the treatment, “electric vehicle fire on yuhuangshan Road, Hangzhou, Zhejiang” Qiqi, the little injured in the accident, left us at more than 6 o’clock this morning.

The girl Qiqi’s family also confirmed the news on the microblog and thanked the kind-hearted people who cared about her father and daughter for a long time.

On July 18, an electric vehicle fire broke out on yuhuangshan Road, Hangzhou, Zhejiang.

The investigation shows that when the battery car is on fire, there is material leakage inside the battery, and the leakage area is located on the right side of the battery.

From the internal structure and material point of view, this is a lithium battery.

After the accident, the Wei family received the help and attention of many kind-hearted people.

All sectors of society have extended a helping hand to help master Wei’s father and daughter.

The medical personnel have done their best to treat him.

Father Wei has recovered and discharged from the hospital on September 22, and his daughter Qiqi has been in treatment because of her critical condition.

But the miracle didn’t happen.

Qiqi, who was seriously injured, finally left us.

In the past, I recommended a species and a story to take you into the natural world.

“Wife, I’m sorry…” the love words he recorded for his wife are tearful. 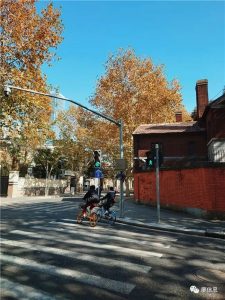 Riding in late autumn in Shanghai, and some nonsense about autumn