It’s not a dream for a car to ride or walk slowly for 30 kilometers.

After completion, the whole line of zhanggongdi greenway will be connected.

Zhanggongdi greenway relies on the construction of zhanggongdi Urban Forest Park, parallel to the Third Ring Road, with a total length of about 30 kilometers.

As the first batch of greenways planned and constructed in Wuhan, it is an important part of the greenway planning in Wuhan and also a carrier for the better life of Wuhan citizens.

There are many breakpoints along the line due to urban traffic and other reasons.

Previously, the repair, transformation and upgrading have been completed through the construction of greenways, pedestrian overpasses or borrow roads to realize the connection.

There is only one breakpoint of more than 100 meters due to Jiefang Avenue.

It is reported that the project is located at the intersection of zhanggongdi section and Jiefang Avenue, crossing the existing Jiefang Avenue on the upper side and light rail line 1 on the lower side.

It will build a six span triple steel structure overpass with a length of 79.494 meters and a width of 8.5 meters.

The approach roads at both ends are U-shaped channel structures, with a total length of 195 meters.

After the completion of site enclosure, the project will carry out temporary construction and seedling migration on the construction site.

The project will adopt assembly construction.

The steel box girder will be welded and processed in the steel structure processing plant, and then transported to the site for direct lifting and welding to effectively improve the construction efficiency.

After the completion of the project, the section of zhanggongdi greenway crossing Jiefang Avenue will be opened, so that the whole line of zhanggongdi greenway will be connected, providing efficient, convenient and high-quality experience for citizens to ride on the greenway, greatly facilitating the pedestrian flow of the greenway crossing Jiefang Avenue, solving the problem of pedestrian crossing the street, and meeting the traffic demand of pedestrians and bicycles on both sides of the gate.

The article is released with authorization. 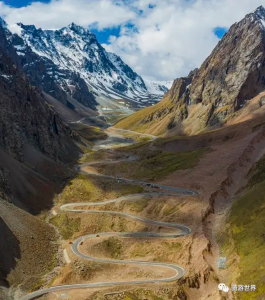 One of the impressions and understandings of riding Duku highway