On July 2, in order to guide citizens to ride healthily and professionally, Chengdu residents’ riding level was continuously improved.

In recent years, Chengdu has focused on building the brand of “sports Chengdu greenway fitness” around Tianfu greenway, and sports enthusiasts from all over the country have participated in various greenway fitness activities and competitions.

As a “Park City under the snow mountain”, Chengdu integrates the park form and sports space to form a unique picture of Chengdu.

The figure of people shuttling through the greenway has become the highlight of the picture.

The cycling of people aged 20-40 accounts for 65% and has become the main force of cycling green travel.

In the second quarter of this year, compared with the first quarter, the total order of shared cycling in Chengdu increased by about 40%, and the longest valid riding order in a single day is about 5 hours, Guixi ecological park and other areas are popular starting points for citizens to ride greenways! These data once again prove the cycling vitality and sports charm of Chengdu.

source bilibili@DadPig At the same time, on the day of the event, sports cycling enthusiasts from all walks of life were invited to read out the cycling proposal, and friends from all over the country were invited to Chengdu to experience the overburnt tourism + sports style.

This pushed the carnival activities to a climax.

The volunteer team will guide the general public to travel in a civilized way in the process of cycling and playing, and work with everyone to maintain the greenway order.

This year, the opening of the 100 kilometer greenway of the Eco Park around the city has accelerated the continuous upgrading of new outdoor leisure scenes in Chengdu, making Chengdu’s “new Triathlon” popular.

The unique sports mode of the park city directly fills the sense of ritual of life.

Photo source: since Haichuan is not limited by region, age, time and so on, riding has become a sport of walking as you say, and has instantly become a popular item among popular items.

Countless locals are eager to clock in and countless outsiders envy and praise.

This riding greenway, which spans 12 districts, 78 Hongqiao bridges and 121 characteristic parks, seems to put an emerald necklace on the city of Chengdu.

In accordance with the “Chengdu National Fitness implementation plan (2021-2025)” issued by the Chengdu Municipal Bureau of sports, further build the brand of “sports Chengdu”, spread the health concept of “I exercise, I am healthy, I am happy”, actively advocate the daily life of national fitness, and make physical exercise, physical fitness, and sports leisure a new lifestyle.

Throughout June, the theme of cycling was included in the national fitness activities.

The Eco Park around the city advocated green and low-carbon travel by carrying out a series of cycling activities, conveying the charm of sports and sharing the happiness of sports.

Welcome the 20th National Congress of the Communist Party of China with healthy and upward national fitness activities, and show citizens a happy life.

Greenway cycling has become a favorite way of sports for Chengdu people.

The occurrence scene of cycling has gradually spread from commuting to work and clocking in scenic spots on holidays to the daily life of Chengdu citizens.

The number of cyclists participating in cycling throughout the year has reached 200000, and the radiation population has exceeded 5million.

We should practice the civilized, healthy and green travel lifestyle of low-carbon and environmental protection with practical actions, and be propagandists and practitioners of low-carbon travel.

The charm of “sports +” is fully displayed in the symbiosis between sports and urban development.

The picture comes from xiaohongshu @ces.

In the future, the Eco Park around the city will continue to let sports lead community life, encourage citizens to ride the greenway, enjoy a happy life in the park city, promote national fitness, show vitality, show the world Chengdu’s green development and sports initiatives to benefit the people, and fully display the fruitful results of the construction of Chengdu’s famous sports city and Tianfu greenway-. 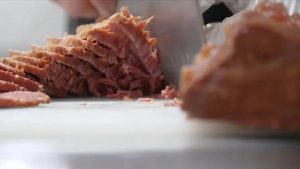 [riding in Yangzhou, July 9 forecast] get a bowl of descendants’ beef soup to drink

To celebrate the 101st anniversary of the founding of the Communist Party of China, Anqiu Cycling Association organized the theme activity