If you want to be successful in the game, it is very important to control the rhythm.

This technique allows you to properly distribute your energy so that you can successfully cross the finish line before you run out of energy.

In the following article, we will introduce how to correctly control the longest triathlon – bicycle.

How to control the rhythm of bicycle in triathlon when you just finish swimming and start cycling, your body will change a lot due to the change of movement mode.

For beginners, when swimming, they always lie on their back, and most of their body weight is supported by water; After that, part of the body of the bike is in sitting and standing mode, keeping moving forward through the strength of both legs.

The whole conversion process will be very difficult, because the blood in the body needs to flow quickly from the upper body to the legs, and the demand for oxygen will also increase.

At this time, it is suggested to supplement an energy bar, which can help triathlon athletes improve their performance in the competition and make their breathing more comfortable.

It can be used during normal training to help enlarge the training effect, Members of the triathlon training camp of Dr.

endurance said that “after use, the chest cavity feels more fully opened when breathing in the later part of the training.

They feel that they can breathe more freely than before they didn’t eat.

They can maintain this intensity after stepping down frequently in the last minute of each group.

The feeling of collapse comes even later.

They can feel the blood in their legs, and they can persist in riding.” For the above reasons, it is not uncommon for you to feel unwell after completing the T1 (swimming bicycle conversion) process.

All physical discomfort will make it more difficult for you to enter a stable rhythm, but the following suggestions will help you better adjust yourself so that you can face the longest distance of the race more calmly.

At the beginning of swimming, people will always have a temptation in their hearts, that is to attack with all their strength after T1.

Because it is easy for people to think that after swimming, the real competition can now begin.

Don’t be confused by this mentality.

Always remind yourself that there is still a long way to go.

Always pay attention to controlling the rhythm of your breathing, and don’t care about those who pass you quickly.

Because there are only two explanations for their appearance: first, they ride bicycles much faster than you and will soon disappear from your vision.

The second, and more likely, is that they are in a state of excessive excitement.

Now they rush to the road so that they can be overtaken by you later.

Be prepared for this before the game, so you will be prepared and will not panic when this happens in the game.

If you use a heart rate or power meter, you should always be careful not to let the data on the instrument exceed your own expectations.

If it is exceeded, the intensity of riding must be reduced, no matter how good you feel.

Otherwise, it will end with regret.

You can also divide the whole ride into three parts.

In the first part, your main purpose is to save energy and not to consume too much.

The most important thing in the second part is to control the rhythm.

In the third part, with the increase of fatigue, the adrenaline increased earlier will also decrease.

At this time, the most important thing to do is to hold on and try to maintain your speed and rhythm.

If you want to control the physical output after T1, lower the gear of the bike appropriately, so that your legs will save more energy and will not consume too much due to the high gear.

Try to maintain a smooth tread rhythm before finding a suitable rhythm, and gradually increase the gear in the first few minutes before reaching the ideal race speed.

In addition, keep your body as low as possible, except when climbing steep slopes.

This is done to maintain efficient aerodynamics.

If you are a good driver, but your swimming ability is not very outstanding, there is no doubt that you need to buy enough time for yourself in what you are best at.

Although it is not a good way to start at full speed, you can use the first minute to increase your speed before reaching a stable rhythm.

In this case, you will surpass.

But it should be noted that here, you only need to keep a relatively fast speed and slowly surpass your opponent.

Don’t always use the highest speed.

Sometimes this will waste a lot of physical energy and make yourself more tired.

If your swimming ability is better, you will be constantly overtaken by your opponents in the bicycle part, which will undoubtedly make people frustrated.

But even so, don’t force yourself to compete with faster competitors (especially on mountain roads), because this practice will have more serious consequences.

At this time, the only thing to focus on is your heart – for example, how you feel now, and implement your own game plan.

If you are a competitive person, it may be painful, but remember that if you consume too much in the early stage of riding, you will lose more than you get.

Troubleshooting compared with swimming, there are more external factors that will affect the speed of the bicycle.

The most common are wind direction and hillside.

It is wise to keep these in mind at all times, so you need to check the track information in advance and pay attention to the weather forecast.

It is easier to maintain a constant speed on a flat track in good weather than on a rolling track in windy weather.

When you ride against the wind or uphill, you definitely need to put more energy into maintaining speed.

But be careful not to push forward against the wind too reluctantly.

When climbing the slope, try to save the physical strength of both legs, and do not consume too much before completing the climbing..

Some knowledge in cycling can make your riding healthier! 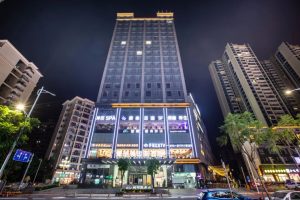