In order to further study party history and enrich Party Day activities, in December 2021, the graduate Party branch of China Institute of art organized the activity of “cycling punch in red culture base”, which aims to encourage everyone to learn party history around them and feel the local red spirit. 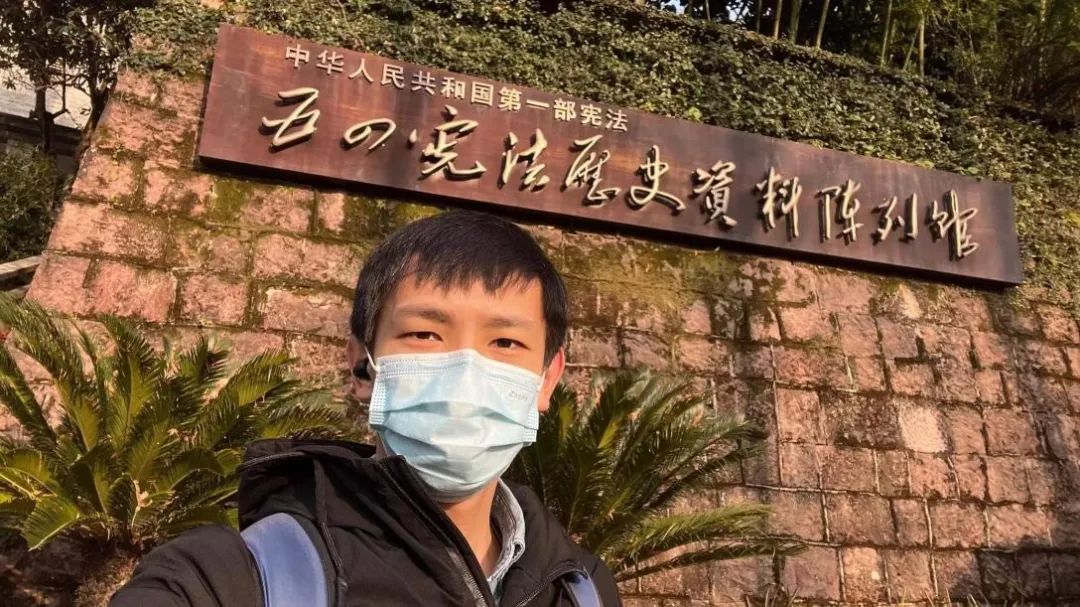 At the same time, through relaxed and beneficial sports to help students get out of the campus and strengthen their bodies.

During the epidemic period, the Party branch actively cooperated with the epidemic prevention regulations, asked comrades to change the whole to zero, and organized a small team to ride and visit the red base in Hangzhou on the premise of considerate protection.

Everyone supported and actively participated in this red punch in activity, and earnestly shared the experience of punch in.

Hangzhou is the drafting place of China’s first constitution – the 1954 Constitution.

Chairman Mao Zedong led the constitution drafting group to draft the “West Lake draft”, which laid an important foundation for the formal birth of the 1954 Constitution.

Since the 18th CPC National Congress, the CPC Central Committee has made a strategic deployment to comprehensively promote the rule of law, opening a new era of China’s rule of law.

Guo libing: I went to the beautiful West Lake and saw Qiu Jin’s tomb at the end of Baidi.

Looking at the statue of Qiu Jin, the first thing in my mind is her righteous and awe inspiring expression in film and television works, and her fearlessness and awe of sacrificing life and death.

She pursues the independence of personality and the valuable life of making contributions to the country and the nation.

His desperate poem: “although death is still life, sacrifice my responsibility; that is, this farewell, the tide takes the other head” expresses a revolutionary’s burning patriotism.

As a revolutionary, Qiu Jin cares about the country and the people and cherishes everyone.

In the face of the threat of death, he still does not flinch, still adheres to his inner faith and does not waver.

As contemporary college students, we should not only cherish the memory of the martyrs, but also take them as a lifelong example and make unremitting efforts and struggle for the prosperity of the motherland.

Lian Mengying: the Hangzhou History Museum of the Communist Party of China tells many revolutionary stories and revolutionary figures in Hangzhou.

I was deeply infected by the revolutionary’s great feelings of serving the country and the spirit of heroic struggle at that time.

The rusty ammunition and long knives told me the bloody and cruel history.

Many enlightening articles were published in advanced newspapers and periodicals, which made me sigh the turbulence of the current situation at that time.

However, the revolutionary heroes never stopped fighting and glowed with their bodies.

The history of Zhejiang University moving to the west is vivid.

As a student of Zhejiang University, we should have a good experience of the years in the flames of war and cherish the hard won learning conditions.

These historical displays tell me the painstaking efforts of our predecessors.

Today, how can we forget? We still need to be brave and continue to work hard! With the positive response of all Party members and students, the cycling visit to the red culture base was successfully completed.

There is no end to learning the history of the party.

Our party is determined to the great cause of the Chinese nation for thousands of years.

Now, based on a new starting point and a new journey, and grasping the historical mission shouldered by the Communist Party of China and the historical orientation of China’s development in the new era, we are required to carefully review the road we have taken, not forget the road we came to, and continue to take the road forward.

Only by not forgetting our original intention and actively reflecting can we continue to create a new situation of building a modern socialist country in an all-round way, Write a new chapter in the great rejuvenation of the Chinese nation. 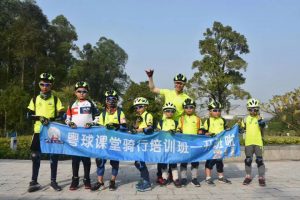