Riding across the “Mars” surface is not a science fiction blockbuster. 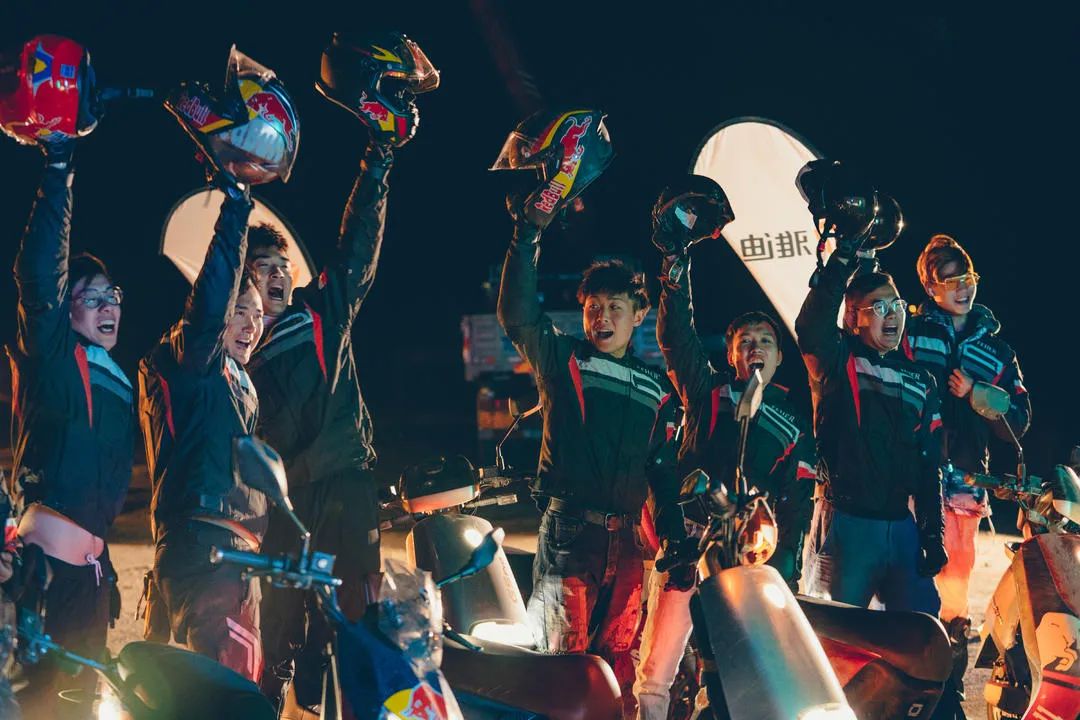 Human exploration of Mars has a long history, although there are data showing that the success rate of Mars exploration has been less than 50% for decades. 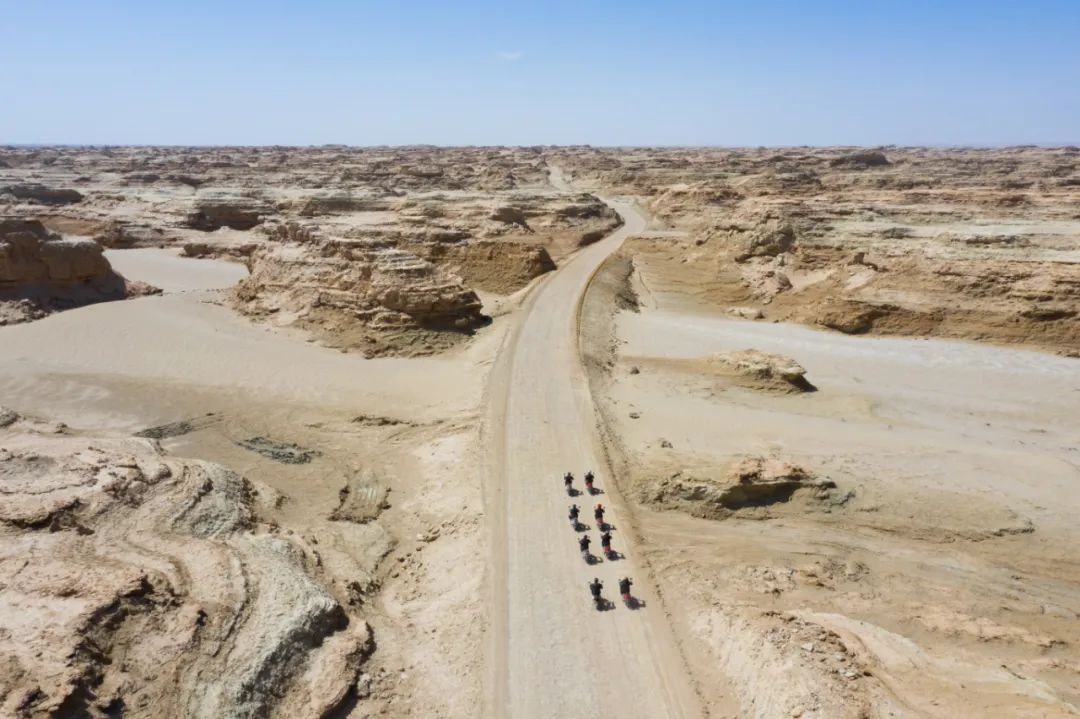 However, “although the road is far, it is impossible”, and the heart of human exploration is always on the way.

A few days ago, a 10 person cycling team set out for Mars.

However, the “Mars” here does not mean the one in outer space, but the Mars Camp in Cold Lake, Qinghai Province, which is the closest to the Martian landform on the earth.

Song Jian, Guinness World Record holder and chief riding officer of Yadi, described “this is an unprecedented challenge” because it is not common for people to come here on two wheels.

From August 28 to 29, Song Jian and nine Yadi users recruited by the whole network formed a “Guanneng Exploration Team”, which lasted two days and one night, arrived at the core area of the Erboliang Yadan Landform Group via the Cold Lake Mars Camp on the Mars Road 1 in Qinghai, and returned to the Mars Camp Energy Station, completing the 134 km “Mars” riding exploration trip.

How to experience cold lake by riding to “Mars” Mars Camp is the first Mars simulation base in China, located in cold lake area, Mangya City, Haixi Prefecture, Qinghai Province.

Whether standing in it or looking down from the sky, it gives people a sense of reality away from the surface of the earth.

Before arriving here, the Guanneng Knights had a taste of “appetizer” – Mars Road 1.

This is the only route to the Cold Lake Mars Base.

The Canon Knights have to start from the 0 km mark and travel through the Gobi Desert, gravel road, washboard road, steep slope crater and other complex terrain to finally arrive.

In addition, the huge temperature difference between day and night and the harsh sand weather also increase the difficulty of riding.

Although the road was rough and bumpy, when they were really exposed to the landscape wonders in the deep desert, the crown knights only had two words left in their hearts: “worth it.”.

“This is a Yadan landform in its prime of life, which is also very rare in the world.” Banff China, an international outdoor sports video brand where the outdoor expert Muye is located, provided professional support for the ride.

In his opinion, the characteristics of Yadan landform are different, but the most popular one is here.

Make a tent manually, face the vast and silent Obeliang, soak a cup of fresh Chinese wolfberry that can only be tasted in the country of origin, and talk with Guanneng Knights, looking at the Milky Way.

Is there anything cooler? This may also be the reason why more and more people like “measuring the world with two wheels”.

Nowadays, people are no longer satisfied with just a taste of travel.

A relevant travel report shows that, compared with the fancy “rush to clock in”, the diversified travel demands such as obtaining a better sensory experience, establishing a deeper emotional connection with family or friends, and deepening the understanding of the destination culture are becoming the mainstream, which is also the key to making the trip more meaningful.

In the opinion of the Guanneng Exploration Team, in the extreme environment of the plateau, riding a two wheel electric vehicle to complete the long journey of more than 100 kilometers, while obtaining the original experience, it is also experiencing the world in a new way, which is of great significance.

Song Jian said frankly that before starting, he was also worried about what the equipment for creating riding trails looked like.

“I don’t know what difficulties we will face, and I don’t even know whether we can successfully complete this challenge.” As we all know, outdoor riding requires a lot of experience, and also relies on equipment.

In the course of two days and one night’s journey, the gravel paved washboard road on the first day can only be regarded as an appetizer, and the road on the second day is almost flat.

“Once the car skids or stops on the way up, people can’t control it,” said Song Jian.

This undoubtedly put forward a great test for the knights.

However, after climbing the highest slope, everyone could not help but exclaim, “Are we really riding an electric vehicle all the way?” “Is this really an electric vehicle?” It can be said that the Yadi Guanneng 2.0 series electric vehicles, which are walking side by side with the Guanneng Knights this time, have performed commendably in terms of endurance, power, shock absorption and other comprehensive performance.

The full name of TTFAR is TechnologyFarTrueFar, which means that technology is far, really far.

The Yadi Guanneng 2.0 series equipped with this system has interpreted “scientific and technological power” to all aspects of the product.

In terms of endurance performance, as the energy core of electric vehicles, the TTFAR graphene 3rd generation battery configured in Yadi Guanneng 2.0 series has a capacity 25% higher than ordinary batteries.

It can be recharged and discharged for up to 1000 times, and its service life is 3 times longer than that of ordinary batteries, realizing “once charging, twice running”.

Not only that, the whole course of bending and looping back and frequent uphill and downhill makes the TTFAR energy recovery controller applied by the Guanneng 2.0 series better play, converting the kinetic energy generated during downhill and braking into electric energy, realizing charging while riding, and starting and stopping without jamming.

In terms of power, shock absorption and drag reduction, the most intuitive feeling of the Crown Knights was that although the road conditions were complex, the shock absorption of the car was very good, which could filter out most of the bumps, and the grip of the tires was also good.

This “Mars” ride will pass through many sandy lands and steep slopes, some of which even reach 14 or 15 degrees.

The 1000WTTFAR motor used by Yadi Guanneng 2.0 series not only increases the climbing ability of the electric vehicle by 7% and can climb 11 ° slopes, but also ensures that the vehicle can always maintain a surging and stable power output when dealing with complex road conditions.. 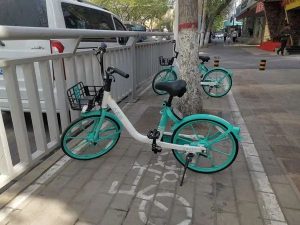 Ride for 5 minutes, return the car for half an hour! When will the “last kilometer” of Zhengzhou’s new shared bicycles be solved?