It took more than 4000 kilometers in 71 days to complete the journey. 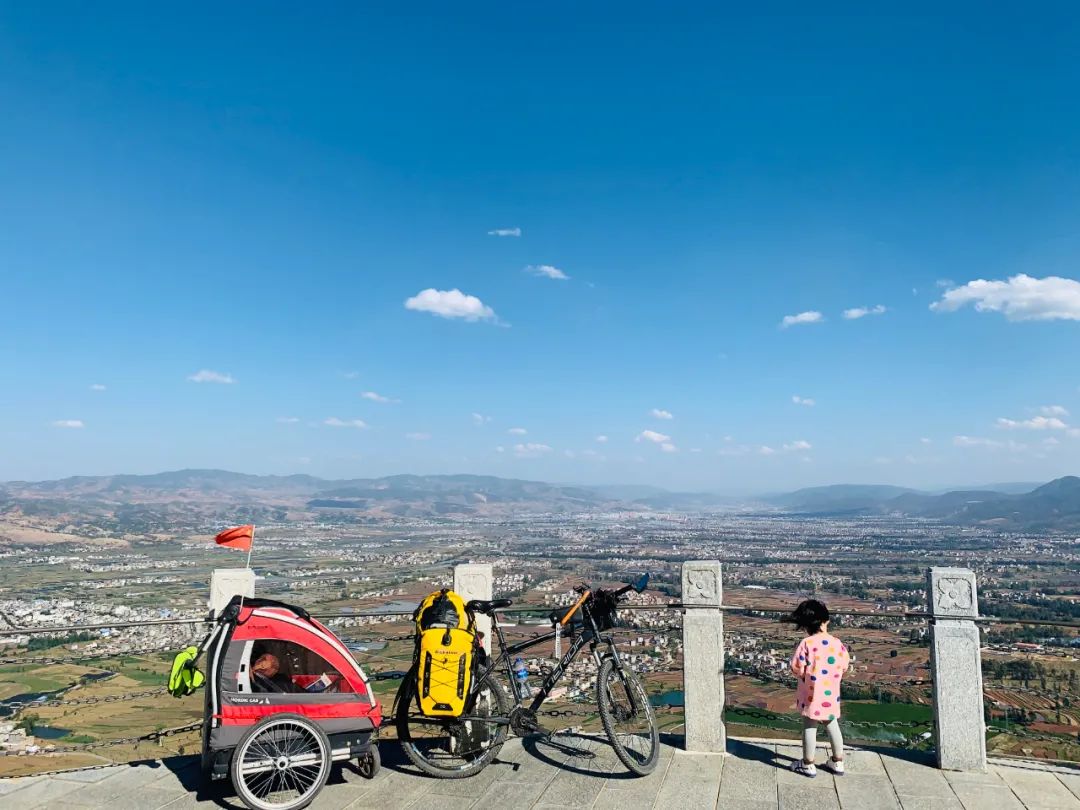 In Dongguan, Guangdong, the post-90s father, Jiao Haobei, took his 4-year-old daughter to Lhasa for a ride in a pocket. 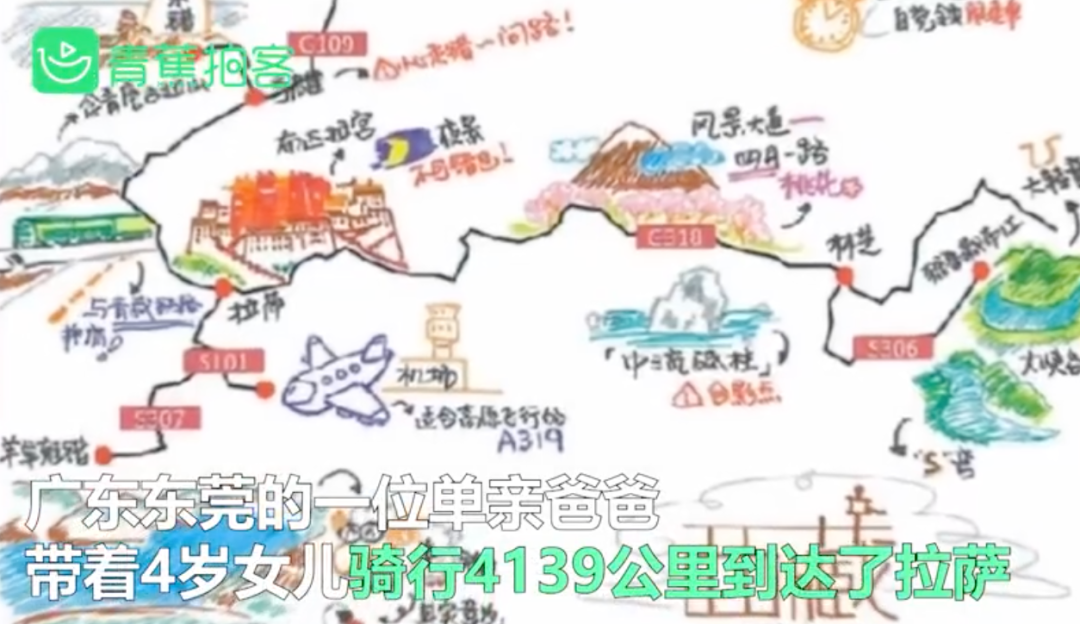 The father and daughter crossed mountains, lakes and seas to see all the beautiful scenery along the way.

In the morning of July 3, the reporter saw the father and daughter with suntanned skin.

The 4-year-old girl introduced the story of the trip with her mobile phone in her pocket.

Influenced by the epidemic, Doudou’s kindergarten has not resumed classes.

This April is her 4th birthday.

She has always been fond of sports and has many experiences in cycling to Tibet.

Dou Haobei made a detailed and bold plan: to take her daughter to Lhasa by bike.

“While young, it is worthwhile to do something that will bring tears to the eyes of future generations and children.” Dou Haobei once rode to Lhasa in 2013.

He has rich experience in long-distance riding.

That’s why he dared to ride with his daughter.

Before setting out, he asked his daughter Doudou’s opinion, but unexpectedly she agreed very quickly.

Dou Haobei drew a road map by hand, customized a special small trailer for Doudou, and bought supplies on the road…

On April 2, the father and daughter, who were fully prepared, set out.

On the way with his daughter, Dou Haobei saw endless farmland, scattered villages, mistakenly entering mountain paths, harvesting a sea of roses, walking along the blue and quiet Erhai Sea, running on horseback at the foot of Yulong Snow Mountain, and climbing Dongda Mountain, 5130 meters above sea level…

On the way, Dou Haobei insisted on recording every bit with his mobile phone and drones, so that when she grew up, she could clearly see how they crossed mountains, Crossing lakes and rivers.

Although the journey is difficult and bumpy, the daughter insists on accompanying “poetry and distance”.

“In the end, I was used to having a flat tire,” said Dou Haobei with a smile.

In Hongla Mountain, Yunnan Province, the steep slope and rainy weather have caused great resistance for Dou Haobei and his daughter to ride.

He only completed more than 30 kilometers of the original 70km plan that day.

Finally, the father and daughter got stuck in a small village on the mountain.

“I can’t find a place to stay at all.

Fortunately, I met enthusiastic Tibetans and stayed overnight.” That’s how it is.

I never know what will happen at the next stop.

I just push when I can’t ride.

When I’m tired, I stop to see the scenery.

Instead, father and daughter become more understanding and cherish each other.

When Doudou’s birthday came, her birthday wish was that her father would accompany her every day.

Dou Baobao, however, said that taking his daughter to Lhasa by bike was a gift for her 4th birthday.

This lesson in life is called persistence.

“I want to tell her that as long as we stick to it, mountains can be moved to the sea and filled with water.” As soon as she walked, she sat in a small trailer in a pocket and looked at her father’s back, which is probably her first impression of the word “stick to it”.

Along the way, father and daughter gained goodwill and learned to share.

In addition to persistence, they also gained goodwill and learned to share along the way.

“I was trembling all the time, and many people paid attention to us.

Later, some people saw us on the road and gave us food in bags.

The car was almost full of food.

At night, there were drivers I didn’t know who helped me light the back, which made us very moved.” Tuo Haobei told reporters.

In order to share this goodwill, Dou Haobei and his daughter bought some painting tools and gave them to the local Tibetans after arriving in Tibet.

On the way, Dou Haobei wrote a letter to his daughter: “I hope to teach you a lesson in life called perseverance.

There are more than 4000 kilometers from Dongguan to Lhasa, including more than a dozen high altitude mountains.

This distance looks far and far.

But when you stick to it and accumulate a little step every day, it can be more than 4000 kilometers.

Your life is the same.”. 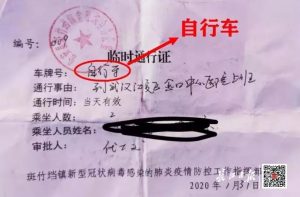 After 1995, the female doctor rode 300 kilometers back to Wuhan: I was in the hospital, and the villagers would feel relieved

Give me a break; orz! A freshman from a university in Guigang rides 4300 kilometers for 22 days and reports to Heilongjiang