At about 9 o’clock on the evening of January 15, on the Golden Road, a young man who was driving on behalf of the driver was lying in front of a telegraph pole, and his head was bleeding heavily.

The reporter saw that the whole man fell face down in front of the telegraph pole, and his head was bleeding constantly, and he often gave out painful moans.

There was a lot of blood on the ground as he was still pressed against his battery car.

For fear of causing secondary injury, the residents around dared not rush forward to rescue.

A small express brother who happened to pass by called 120 for help.

The express delivery guy introduced that he drove the guy through the deceleration strip, but he didn’t ride steadily and hit the pole.

“Maybe the car is light.

When he came from there, I saw that his car was not stable.” While waiting for 120, the reporter met the colleague who drove the younger brother.

He said he stopped to help when he saw his brother fell down.

He found that the injured person’s mobile phone showed that he was in the order receiving state, so he helped contact the customer who placed the order to cancel the order.

Five minutes later, the ambulance arrived at the scene and was sent to the nearby hospital after treatment.

Nearby residents said that the new “long” deceleration strip on the non motor vehicle lane had caused many people to fall.

Citizen: “It seems that five or six people fell when I first installed it, which seems to be installed by this hotel.” Citizen: “I walk from here every day after work, and it takes about 20 days to install it.

The first time I passed here, it was a sudden brake.

If the wheel was smaller, like his, it might be easy to fall out.” Then, the reporter found the Autumn Love Hotel in the mouth of the citizens, He contacted Manager Li of the hotel by telephone.

Manager Li said that the speed bumps were installed by the hotel, which took about half a month.

“Because the exit of the parking lot of our hotel is from there, if there is no deceleration strip, the speed of the electric vehicle is too fast and it is easy to collide.” Manager Li said that he did not know about the fall caused by the deceleration strip.

When the reporter asked whether the installation of speed bumps should be reported to the relevant departments for approval, Manager Li said: “The office is doing this, and I don’t know whether they have communicated with the traffic police over there.” Manager Li said frankly that the speed bumps were installed for safety reasons, and did not expect such a thing to happen.

He also said that the speed bump would be removed as soon as possible.

On the 16th, the reporter came to the scene again and saw some blood on the ground.

Passed by citizens said that the speed hump was relatively high, and it was already a speed hump for motor vehicles.

“If you are not careful, you will lose control of the brake.” Manager Li believes that the fall of the driver’s brother has nothing to do with the speed bump.

“In the morning, I heard that the distance between the deceleration strip and the pole was not less than 10 meters.

“Called the person in our engineering department, and he said that it had not been installed.

So you just told me that there was a speed bump here, and I really didn’t know it.” After giving the inconsistent statement, the hotel staff also refused to explain to the reporter.

The reporter learned that the injured were sent to Yunnan New Xinhua Hospital for rescue.

The colleague who drove the younger brother said that the injured person finally stopped breathing after several hours of rescue because of the serious injury.

The reporter also learned from the traffic control department that the accident has not yet been investigated, and the police are further handling it. 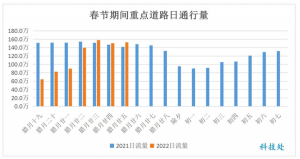