Article | Endless Summer Source | ins Original Life Thanks @ The Super Daddy with God’s Pocket authorizes his 4-year-old daughter to ride to Lhasa? It is estimated that the first idea that many people hear about it is: Is this person crazy?! However, in 1994, a single father, Ah Tuo, and a 4-year-old daughter, Doudou, turned this seemingly impossible thing into a reality. 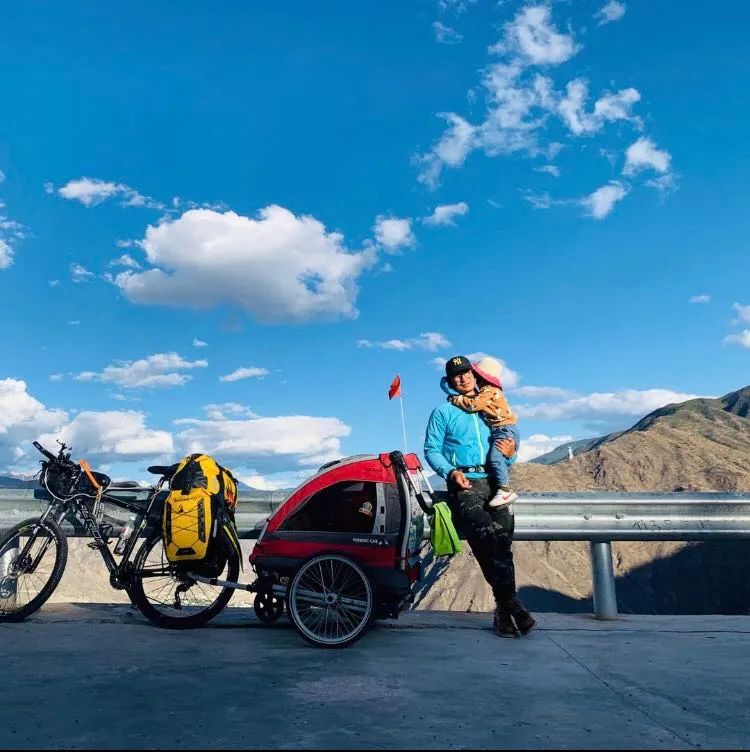 In April this year, they set out from Dongguan, Guangdong Province, cycled 4139 kilometers, crossed canyons, and climbed snow mountains, and reached Tibet in 71 days. 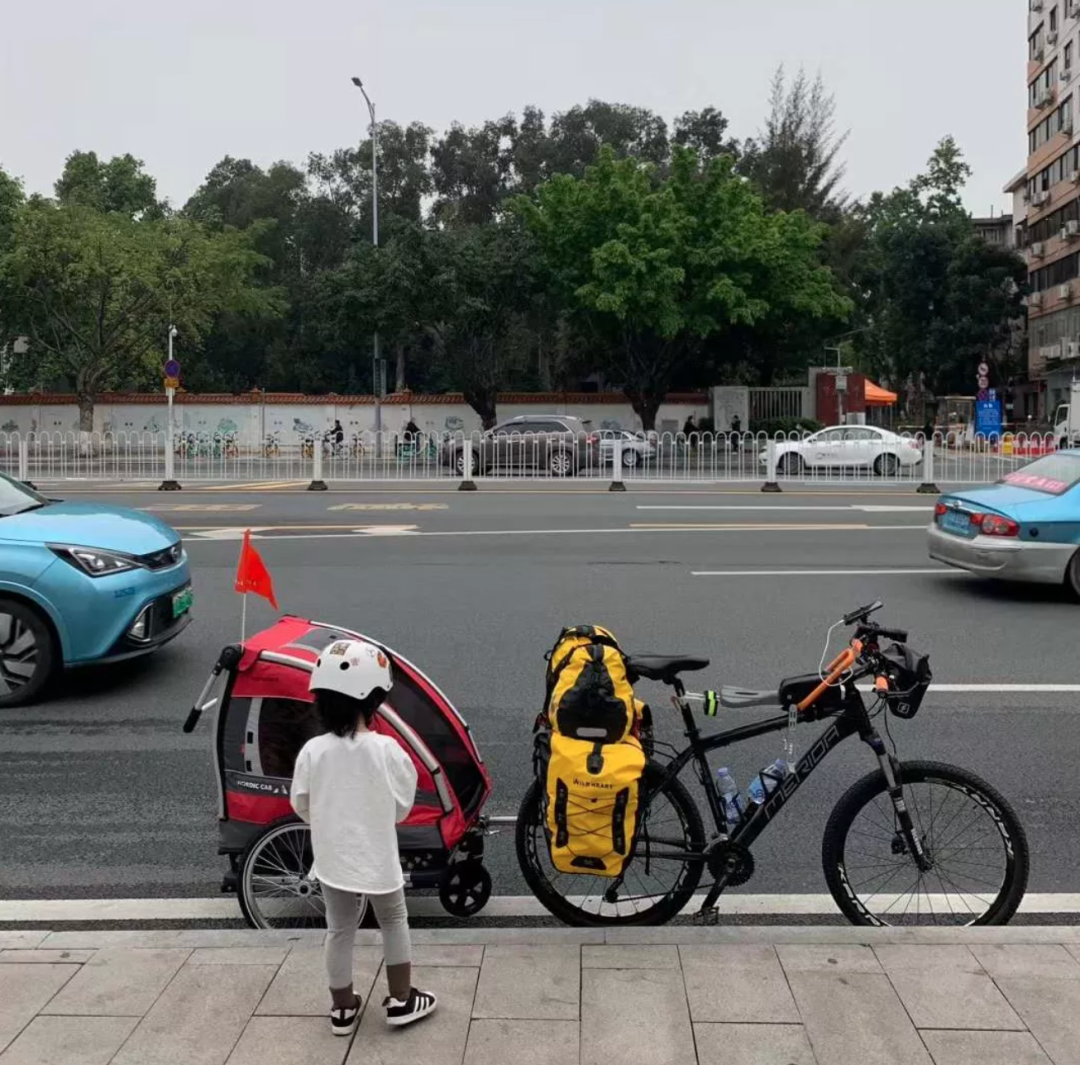 A Jiao is a single father. 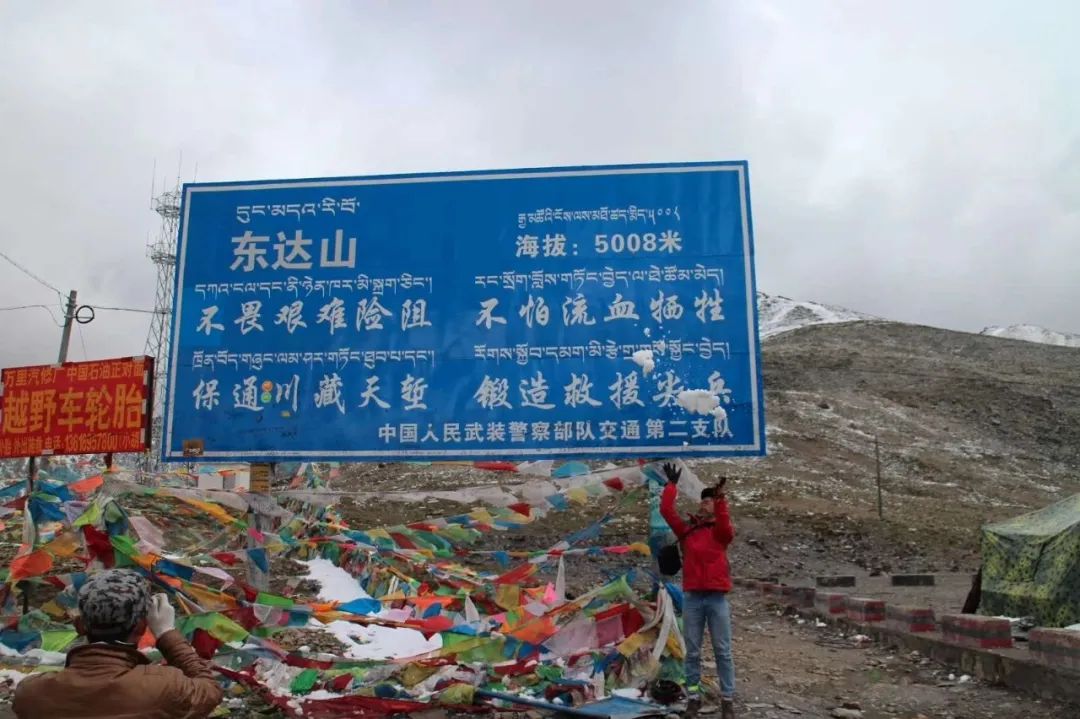 The most important thing in his daily life is to take care of his 4-year-old daughter, Doudou, in addition to his work. 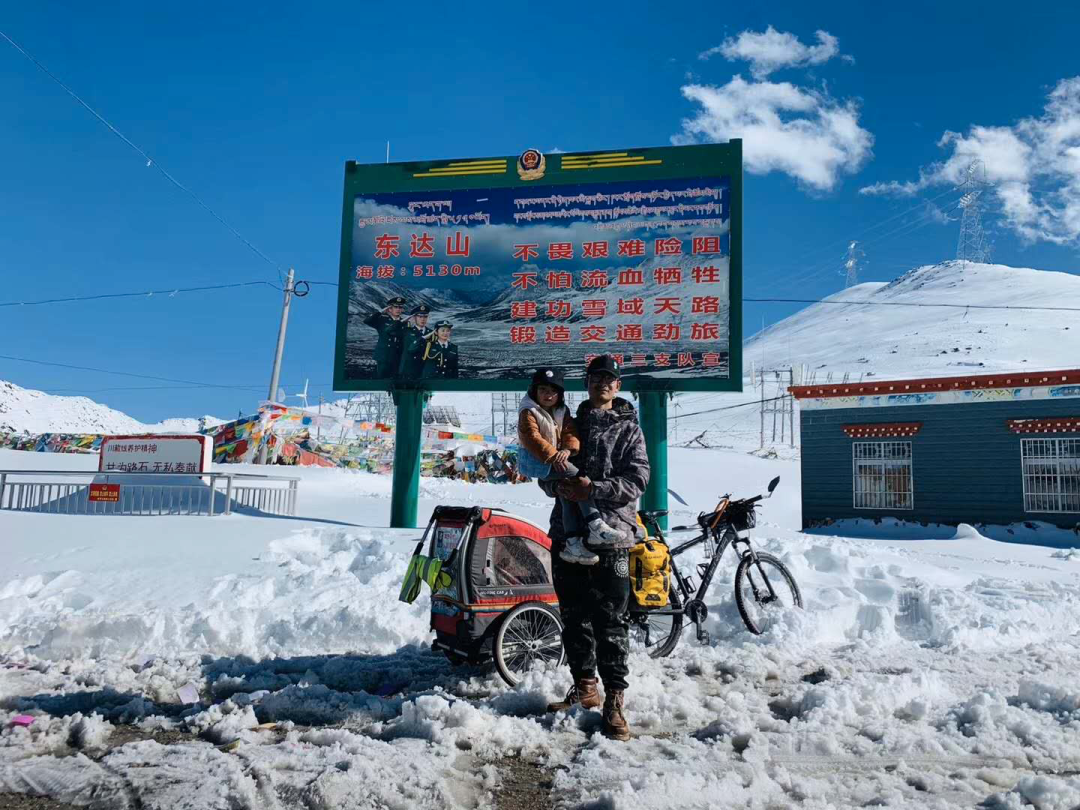 The sudden outbreak of the epidemic at the beginning of the year made Ato suddenly idle. 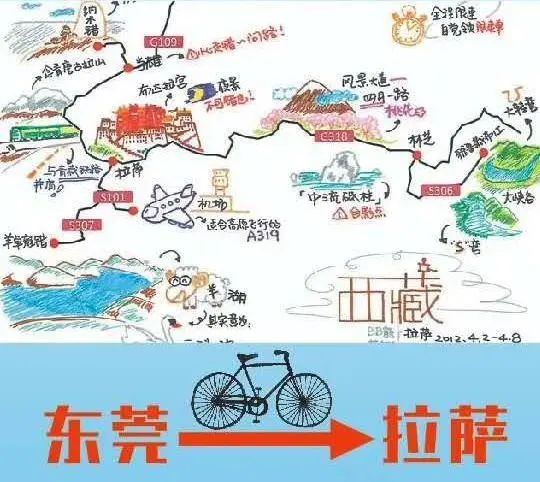 Without the hindrance of work, he was able to stay with his daughter all day long, and the relationship between father and daughter was much closer.

The oncoming epidemic, coupled with the accidental death of Kobe, the idol, however, Ato, 26 years old, looked at many things: “No one knows which comes first tomorrow or the accident, and one should live in the present as much as possible.” As a cyclist, Ato made a bold decision to take his daughter on a Lhasa riding trip.

With the consent of his daughter seven years ago and seven years later, Ato began to prepare.

Seven years ago, he rode alone along the Yunnan Tibet Railway.

This time, he took his daughter on the road with him, which added a sense of expectation and pressure.

To this end, Ato has made a detailed journey plan, controlling the daily cycling distance within 100 kilometers.

There are clear arrangements for where to supply and where to rest.

In order to ensure the safety and comfort of the journey, Ato has customized a windproof, rainproof and dustproof two wheeled small trailer, which is full of snacks, toys, U-shaped pillows, etc., and can be called the exclusive “business seat”.

Everything is all set.

On April 1, 2020, Ato and Doudou officially started their exclusive trip to Lhasa.

01 On the first day of the journey, the wheels were flying on the road, and the tall buildings were moving away behind them.

The wind with a rustic taste blows, and the smile is big and exciting.

The first stop of the trip came to the rice field in Yulin.

Doudou, who grew up in the city, saw the farmer uncle transplanting rice for the first time.

She looked at it attentively for a while and thought: “Dad, I know that this is’ no one knows how hard it is to eat a meal on a plate ‘.” When walking along the Chongzuo Jingxi Line into Yunnan, Doudou saw so many mountains for the first time and was happy to “stop walking”.

Then stop and slowly feel the quiet and gentle landscape of Guangxi.

“I want to find the scarecrow to sing”, he said with a spring.

Father and daughter stopped for a long time by Fuxian Lake.

Looking at the low clouds in the sky, Doudou jumped happily, and was reluctant to part when he left.

They spent two days wandering around the ancient city of Dali.

The little girl in Han costume commemorates her first encounter with Erhai Lake with a smile.

In order to adapt to the high altitude, Ato took Doudou to climb the Yulong Snow Mountain.

Facing the Yulong Snow Mountain, which is 4680 meters above sea level, Doudou shouted happily: “Dad, snow is so funny!” On the way to climb the Yela Mountain, Doudou saw many hares he wanted to catch.

After running for a while, he finally returned with his mouth in vain: “Little rabbit ran too fast.”.

And these are exactly what Ah Jiao wants to give to his daughter.

At the Jinsha River Grand Turn Viewing Platform, watch the waves rush forward, and feel the most simple shock from nature.

Running and riding under the blue sky and snow mountain, the breeze gently blows the hair.

The most beautiful face in the world is the carefree smiling face of a child.

When tasting tofu and potatoes on the roadside in Yunnan, the most delicious food is not necessarily in high-end restaurants, but also in a negligible corner.

Watching his daughter sighing for a mountain, fascinated by a flower, brightening her eyes for a snack, and sweating for a hare…

Ah Tuo was very happy and a little sad.

On the tenth day of the trip, Doudou’s fourth birthday, Ato asked his daughter what her birthday wish was? Dou Dou said, “I hope my father will accompany me every day.” Under the blue jacaranda all over the sky, Dou Dou was held by his father, and his big eyes did not blink.

The flower language of the jacaranda is to wait for love in despair, while Ato already has the whole world.

As if overnight, my daughter had grown from a soft and glutinous baby into a little adult.

In the near future, she will grow at a faster speed.

She will go to college, work, get married, and have children.

She will be farther away from herself and have less time to accompany her.

In fact, many parents neglect that children’s growth is limited.

Companion is the greatest expectation of a child for his father, and also the most passionate confession.

02 From Dongguan to Lhasa, across more than half of China, there are not only beautiful food scenes along the way, but also the trials and hardships that father and daughter have experienced together, and the people they have met together, which are precious treasures.

I rode through Tiger Leaping Gorge to Shangri La, and the flashlight broke when I rode in the night.

Ah Jiao walked carefully for fear of any accident.

Fortunately, they met a kind passer-by, one of whom was guiding them with a double flash in the front, and the other was lighting the father and daughter in the back.

It took me twelve and a half hours to climb Baima Mountain, dragging my daughter and luggage, saying that it was fake not to be tired.

But Ato never thought of giving up.

When he could not ride, he came down and walked for a while.

He hoped to teach his daughter how to persevere.

Seeing his father’s breathless appearance, Doudou took the initiative to say: “Dad, I’ll give you a dance, and you won’t be so tired.” On the fiftieth day of the trip, the “father and daughter riding team” finally entered Tibet, which also means that we have to face more challenges.

Next, they were going to climb Dongda Mountain, which was 5000 meters above sea level.

The weather was bad and it was rainy and snowy.

To ensure the safety of the ride, they rested in Mangkang for two days until the rain and snow stopped.

After all, it is a high altitude area, not a rainy or snowy day..

[Exploration] Where is the beauty of hiking? Dishui Lake is a good place →