You will remember that Fuyang News Network once reported that 10 students from Fuyang No. 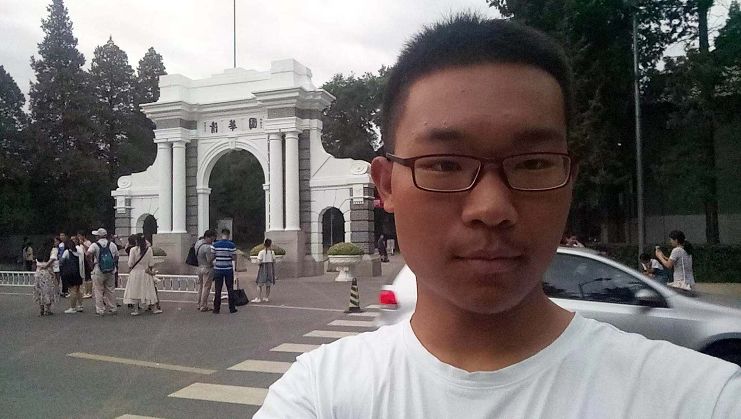 1 Middle School were admitted by Beijing University and Tsinghua University this year (click to see: 10 students from Fuyang No. 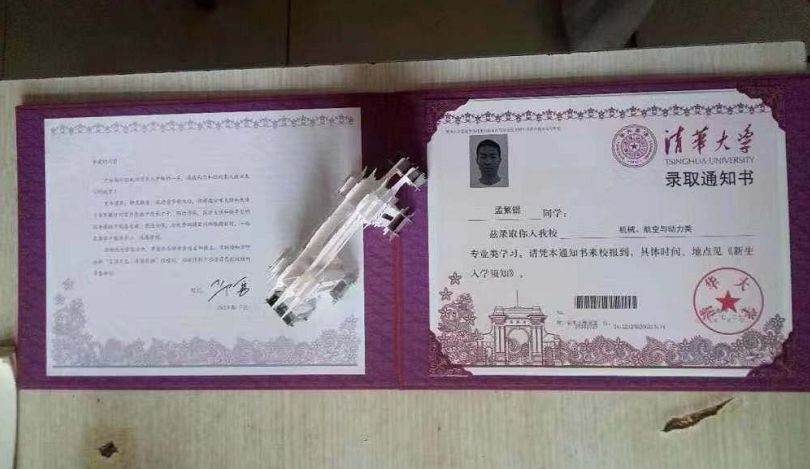 1 Middle School were admitted by Beijing University and Tsinghua University).

Today, the main character of the story is Meng Fankun, one of them, At the age of 17, he was admitted to Tsinghua University with a good score of 685 in the college entrance examination.

For the way to go to college, others may use a train ticket or air ticket or other means of transportation.

But he made money by working in the summer vacation and then rode with his father to Tsinghua University to register for the college entrance examination.

1 Middle School, was admitted to Tsinghua University with 685 points.

In order to arrive at the school of his dreams, Meng Fankun, 17, and his father, 44, set out from their hometown in Linquan to Beijing on August 1 by bike, passing Henan, Shandong, Hebei and other places.

After 12 days, 866 kilometers, thunderstorms, tire bursts and many other difficulties, they finally arrived in Beijing on August 12.

On the 13th, Meng Fankun, who was busy with the admission of new students, was welcomed to Tsinghua University.

It is reported that the reason why he chose to ride to college is to sharpen his perseverance and courage.

Meng Fankun, a middle school student in Fuyang who worked in the summer to earn money and lived in Wadian, Linquan, received the admission notice from Tsinghua University.

After receiving the admission notice, Meng Fankun began to implement the plan he had planned for half a year: he was going to report to Tsinghua University by bike.

It is reported that Meng Fankun loved sports.

When he was in high school, he liked to run around the playground ten times a day and liked riding very much.

He said that he felt that he could see many new things during cycling, which could exercise his ability to arrange things and deal with emergencies.

Cycling could let him go out and leave a good memory.

For this riding plan, he decided to earn some traveling expenses first.

Therefore, during the summer vacation, he took a summer job in a hotel in Fuyang and earned 4000 yuan.

Apart from the purchase of mobile phones and bicycle safety equipment, there is still about 2000 yuan left, which is planned to be used for the expenses on the way.

Speaking of the original intention of choosing to ride to Beijing to go to school, Meng Fankun said that he chose to ride to college to sharpen his perseverance and courage.

His idea was approved by his father, but his father was still worried about his safety on the road.

He was more supportive of his son’s riding to Beijing, but worried about his son’s safety, so he decided to ride with his son.

Fortunately, his father was also in good health.

The father and son happily decided to take the ride.

Riding together, after going through hardships, on August 1, father and son started their cycling trip to Tsinghua University from their hometown Linquan Wadian.

Let’s take a look at the father and son’s cycling trip.

When talking about the situation on the road, Meng Fankun told the reporter that because of the many preparations for emergencies before riding, there were no particularly difficult problems on the way, but there were still some small situations during riding, which impressed him deeply, such as thunderstorms, punctured tires, and flat tires.

I remember a time when I was on the road, perhaps because of continuous bicycle exercise, and the hot weather, when I was riding my bike, the tire burst suddenly.

Fortunately, because of prior preparation, my father brought tools to repair the tire, and it was not long before the tire was repaired.

(Network map) At other times, I was riding a bike.

It was still sunny just now, but suddenly it began to rain.

I could avoid rain when I passed by a place where people lived.

When no one lived along the way, I had to move on, and then I went to a place where people lived to take shelter from the rain.

For this reason, I had been wet by heavy rain three or four times.

On the way to eat, I went to the town restaurants along the way.

Because of the limited budget, I did not dare to spend too much and ate too well.

The night accommodation was also in small hotels.

The environment was poor, but compared with hotels and guesthouses, it was much cheaper.

On the whole, it was good to eat and sleep.

I earned 4000 yuan as a part-time worker during the summer vacation.

In addition to buying mobile phones and buying safety equipment for cycling, there is still one or two thousand yuan left.

The original budget was 150 yuan a day on the way, but in fact, it was not enough.

Later, my father “sponsored” a little.

Although the road was a little difficult, it can take 12 days and 866 kilometers.

Finally, my father and son arrived at Tsinghua University successfully.

Gains: sharpen your will and leave good memories.

When talking about the gains and feelings of riding all the way, Meng Fankun said that you can exercise your ability to arrange things and deal with emergencies, sharpen your perseverance and courage, and let yourself go out and leave a good memory.

In addition, riding is more about going out to see the bigger world.

Due to sufficient preparation in advance, and with the father and son traveling together, we enjoy the process.

In addition, we really feel how to deal with emergencies and improve our emergency response ability.

This event will also leave me a good memory..

All the flowers in Shanghai are ready! Riding for an outing is not on the agenda yet? 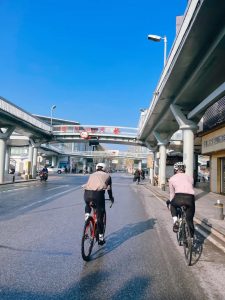