In the past two days, the spontaneous combustion of electric vehicles in Hangzhou and the burns of both father and daughter affected everyone’s hearts ↓ on July 18, an electric bicycle suddenly started on the way near Yuhuang villa in Hangzhou. 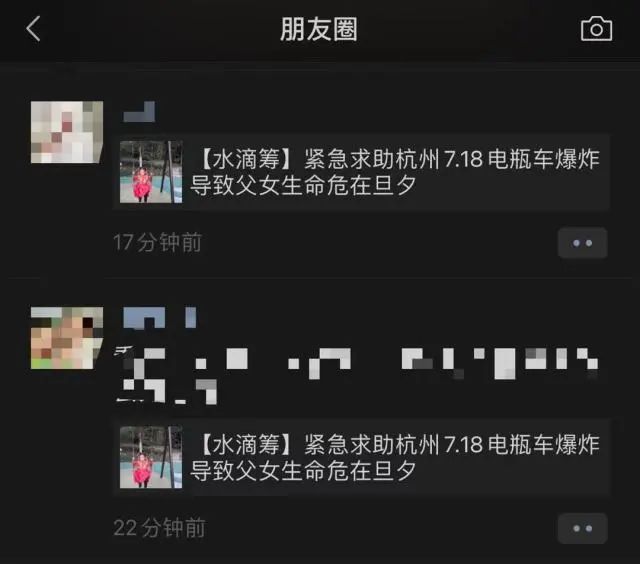 A pair of father and daughter were swallowed up and severely burned in the train. 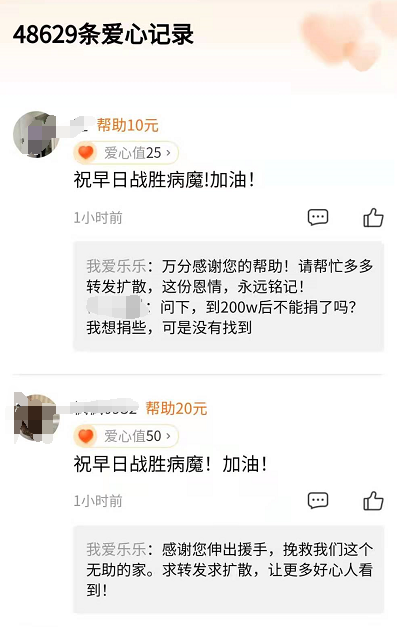 She was treated in the hospital. 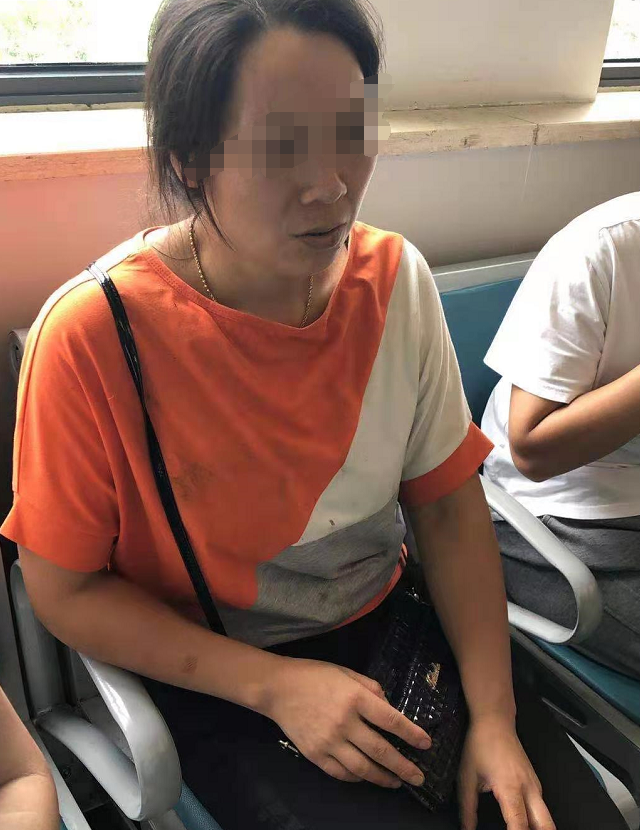 The injured girl Jiaqi was born in August 2014 and should be in the second grade of primary school in September ↓ it is understood that when the fire broke out, A family of three is riding along Yuhuang mountain road. 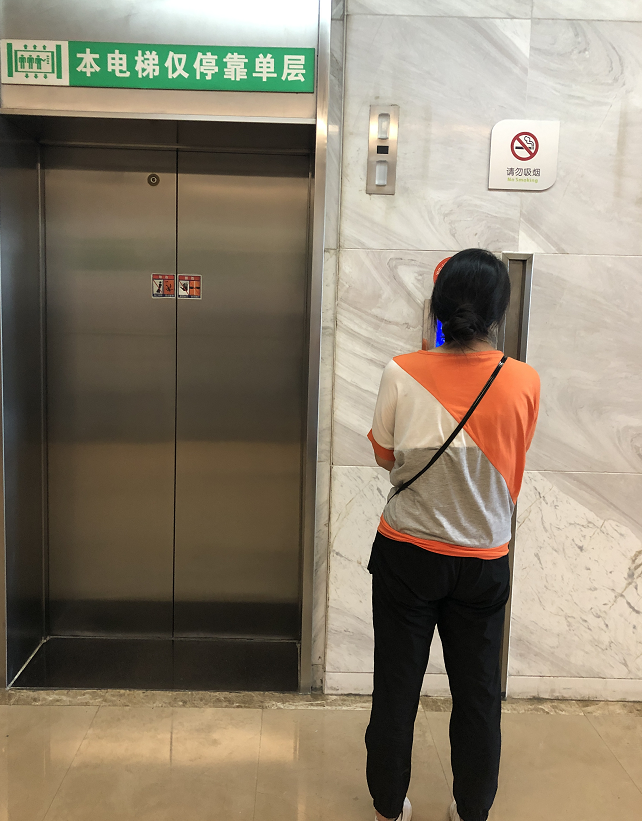 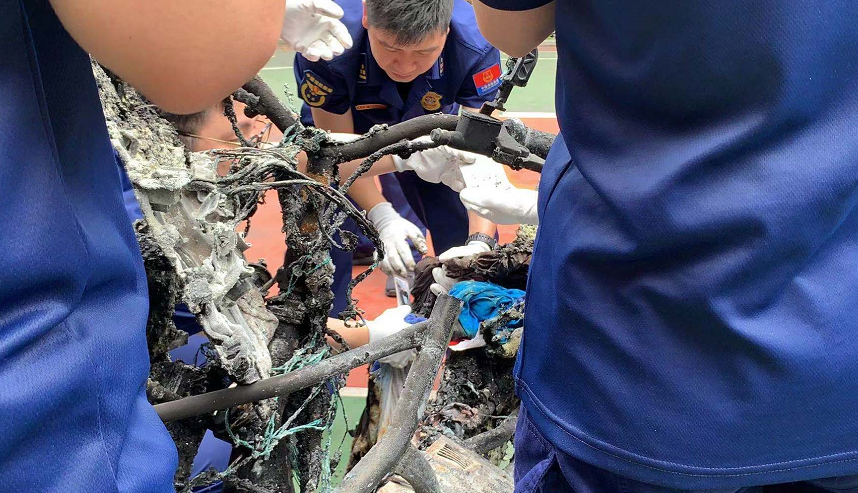 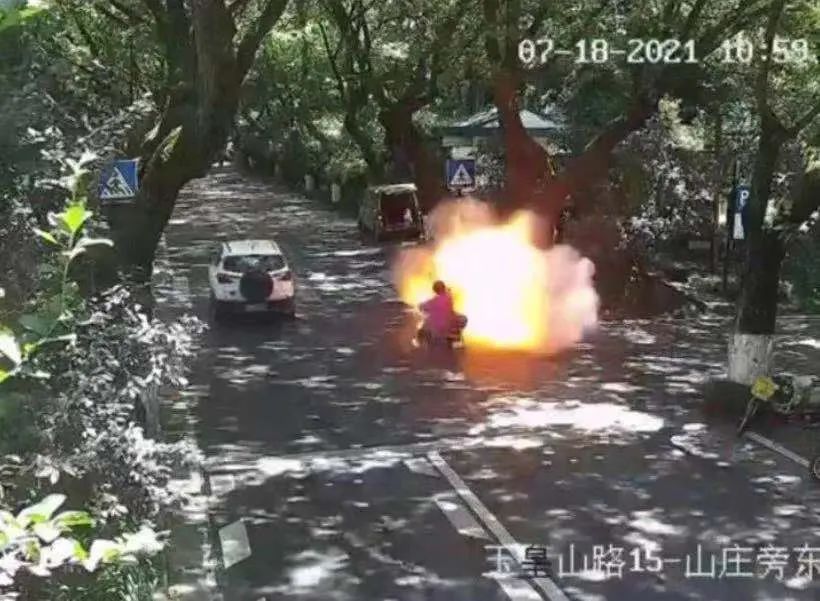 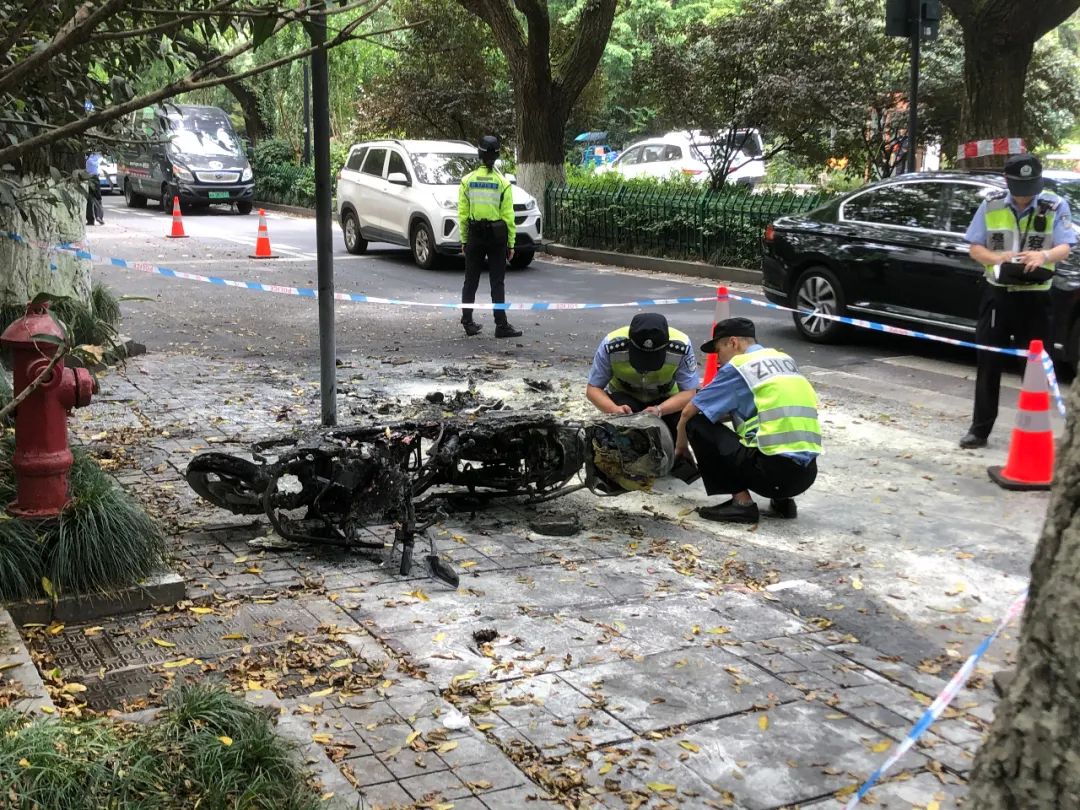 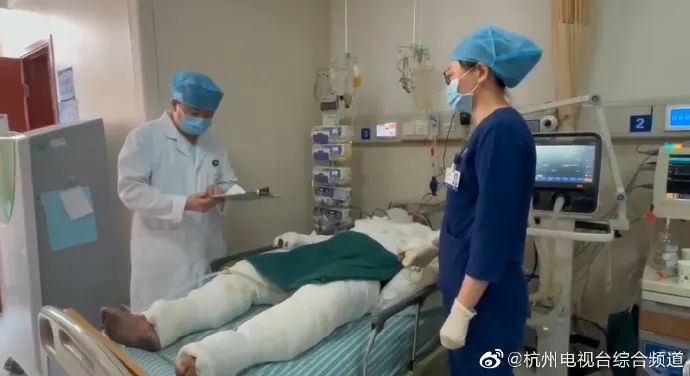 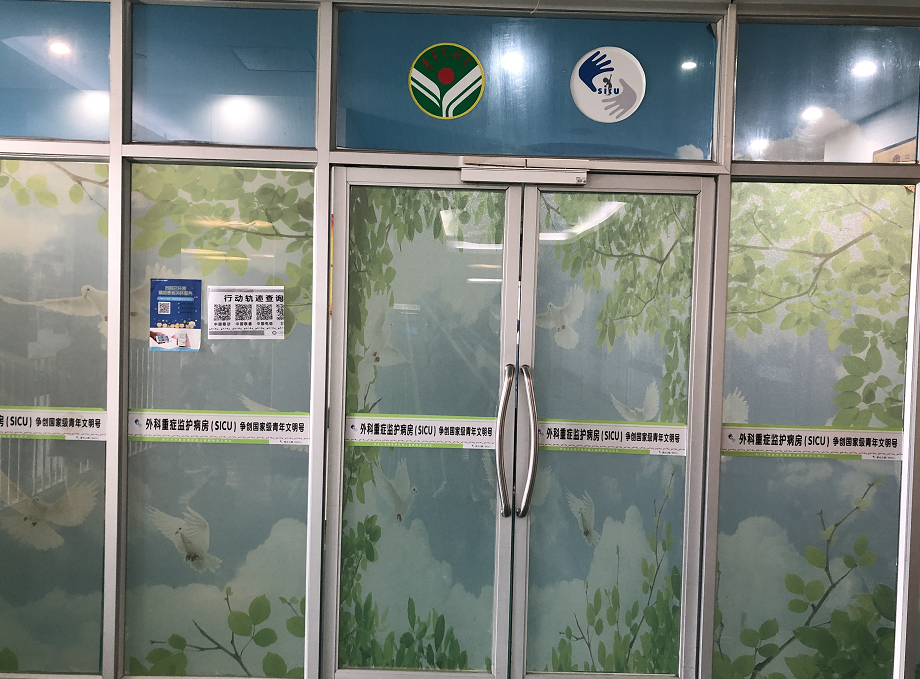 At present, the child is still in ICU. 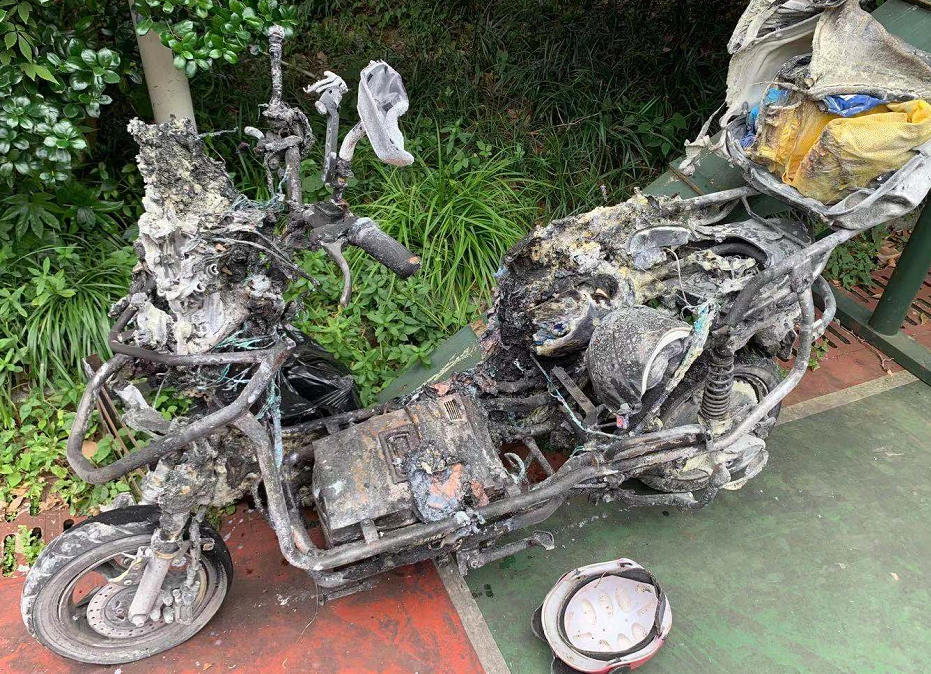 The child’s father’s condition is in a relatively stable stage, but the follow-up still needs to go through a dangerous period.

The whole city relay helped them tide over the difficulties.

After the accident, the injuries of father and daughter also affected the hearts of countless people.

This morning, the reporter came to Binjiang Hospital of provincial child care.

She said, “as soon as I lie down, I think of my daughter.

Just keep my life.” Yesterday, after the family members helped to raise water drops, the donation speed of social caring people was also great, and 2 million had been raised this morning.

At the bottom of the donation page, everyone also left messages to pray that father and daughter would get through the difficulties and recover as soon as possible.

Xiao Jiaqi’s great uncle rushed to Hangzhou from his hometown in Jiangsu yesterday to help, “At first, we heard that there was a medical fee of 1 million yuan, but later we found that it was not enough.

The situation of the two people was too serious.

We could only raise the amount raised by shuidi to 2 million yuan.

I really didn’t expect that there were so many caring people in Hangzhou and everyone helped us so much.

This money was difficult not only for my sister and brother-in-law, but also for so many of us.

””Such a young girl, with such serious burns, what will she do in the future? It is likely that the trajectory of her life has changed, but as parents, we hope that at least Qiqi’s life can be saved.” The 7-year-old girl was informed that her father and daughter were critically ill for the next three times.

Later, they had to break through three passes.

On the 18th, according to the latest news from the children’s Hospital of Zhejiang University, the 7-year-old girl xiaojiaqi is still being rescued in SICU (surgical intensive care center) and has not yet been out of danger.

The girl’s family said, “it was burned like that yesterday.

Her mother told her not to cry, so she endured the pain.” At present, xiaojiaqi’s third degree burn area is up to 95%, accompanied by shock, acute respiratory distress syndrome, respiratory tract burn, inhalation pneumonia, etc.

her condition is extremely critical.

There are still shock, infection and wound repair to pass.

The hospital will make every effort to treat her.

The mother and several family members are still waiting at the door of the intensive care unit.

The burn area of the patient is more than 90%, which belongs to extra large burn.

In addition, there are lung explosion injury, epidural hematoma, etc.

at present, the patient has been put on the ventilator, and the condition is in a relatively stable stage.

“The patient has to go through three levels behind him – shock level, infection level and wound recovery level.

The most difficult one is infection level.

The patient sent him yesterday and kept shouting pain.

We gave him anti shock treatment, debridement treatment and now tracheotomy.” The whole dangerous period is relatively long, which takes one and a half months to two months.

The main difficulty in the later stage is wound treatment, which is faced with the difficulty of insufficient autologous skin source.

In terms of treatment cost, we need to overcome the difficulties of various complications.

If there are few complications, the treatment cost needs more than 1 million.

If there are many complications, we can’t say well.

The fire department confirmed that the electric vehicle was equipped with lithium batteries.

The fire investigation was still ongoing.

Xiaojiaqi’s mother said that at that time, the two cars the couple rode were bought in the same store.

Later, they changed new batteries and were also in the store.

Fire control personnel found that the electric vehicle was equipped with lithium batteries.

At present, the fire control work of the fire is still in progress, and the final results need to be further investigated by multiple departments.

Experts remind: high temperature angel with electric bicycle, we must pay attention! The head of the power supply department of a well-known electric bicycle brand R & D center in Zhejiang said after watching the video of electric vehicle spontaneous combustion yesterday that this situation is most likely caused by lithium batteries.

When fully charged, if there is a short circuit, it is easy to cause lithium precipitation.

Once contacted, it is easy to cause heat out of control and violent chemical reaction (such as explosion), Electric cars are naturally easy to burn.

The person in charge reminded that when using electric bicycles at high temperature, first of all, you can’t charge them for a long time, as long as you ensure 80% power..

The electric car burns into a fireball in an instant while riding! 7-year-old girl was notified of critical illness for the next three

What kind of bike do you belong to?