The convenient and fast characteristics of bicycles make many people fall in love with cycling.

In addition, cycling is green and environmentally friendly, which can exercise.

Bicycles have become one of the important members of road traffic.

However, the frequent traffic accidents have sounded the alarm bell for us to ride.

I hope you can avoid these bad habits when riding a bike.

Wearing a helmet when riding without a helmet is the minimum respect of a cyclist for this sport.

In a car crash, the most vulnerable person is the head.

There may be people who do not wear helmets for various reasons, but when an accident occurs, these reasons for not wearing helmets will kill you.

Before going retrograde, a news that “a female master’s bike riding retrograde killed an old man riding after drinking and was sentenced to 10 months’ imprisonment and paid 500000 yuan” made us realize the danger of going retrograde again.

In cities with more bicycle lanes, it is easy to see cyclists going in the wrong direction.

What’s more, they directly rode on the motorway and walked opposite to the whole steel dragon, and collided head-on.

In fact, some people do not have the awareness of abiding by the law when riding on the non motorized lane.

However, as a natural vulnerable party, bicycles are most severely injured in accidents.

If there is no stop line, stop outside the intersection; (five) turning right in the same direction when the vehicle is waiting for the release signal, can turn in the lane, can pass; If you can’t turn, wait in turn.

It’s better to stop for three minutes than one second.

Rush to the road Article 75 of the road traffic safety law of the people’s Republic of China stipulates that: (1) driving a non motor vehicle on the road shall comply with the relevant traffic safety regulations.

It is the most common chronic disease in the city to rob the main roads.

Ride a bicycle to occupy the bus lane, or directly walk through the traffic flow in the center of the main road.

Guys, people’s lives are their own.

They can’t be revived after hanging up.

It is very important to ride at night without warning lights, both front and rear lights.

It is a nightmare not to install warning lights on the road sections without street lights in the city.

Only when the motor vehicle comes near can you see your wriggling little ass with the headlights.

No matter lane change, deceleration or braking, it is impossible to reserve enough reaction time for the vehicles behind.

Listening to music with headphones I believe many riders have this habit.

The noise of motor vehicles in the city is too loud, or in order to learn the language, cyclists love to wear earphones when traveling.

However, the security risks of this kind of behavior are still quite large.

The sound of headphones will cover the important signal sound on the road and distract attention.

Don’t listen to music when riding! 7.

I don’t support the car at all, and my eyes don’t look at the road.

At that time, the Xiaobian saw this situation and began to doubt life.

I won’t mention the speed of life and death on the Sichuan Tibet line.

How many riders’ blood has been shed in the zhedotang.

In the city, riding without brakes, whistling past pedestrians, I think you must also hate this.

Cycling tips | how to choose a suitable bike for your child 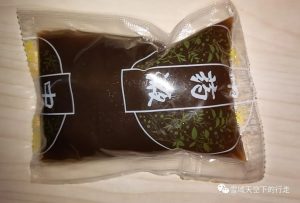