It was this ↓ riding man’s move that moved many people.

After the short video was sent out, the broadcast volume reached 6 million in four hours.

Netizens rushed to the bottom of the video to comment and leave messages.

The story was aunt Chua’s January 18 (yes, this morning) At the intersection of Fushan interchange and Qiquan road in Yantai, an ambulance carrying patients encountered a slow speed in the morning rush hour.

A riding man took the initiative to come in front of the ambulance and knocked on the window all the way to communicate with the vehicles in front to make way for the ambulance.

The vehicles along the way also actively cooperated to make way for the ambulance.

The riding man took the ambulance out of the congested road before leaving Ludong hospital nurse Qiao di The introduction said that at that time, it was rush hour.

I met a warm-hearted little brother to help dredge the traffic and shorten the journey for nearly 20 minutes.

“I want to thank you very much!” During the fermentation of the short video, through the voice in the video, the riding man was recognized by the riders.

When asked about the situation at that time, he said, “I went up without thinking about anything.” Yantai good man, thank you.

You are the most dazzling color this winter. 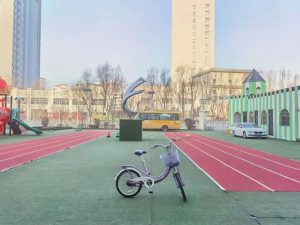 [time essay] Li Huixin’s notes on riding in the wind 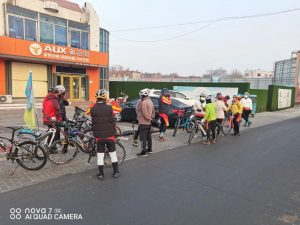