Everyone knows that riding has many advantages, but it’s not easy to ride.

If you don’t pay attention to the method, you may become more and more useless.

1、 If you don’t warm up, you can exercise without warming up by cycling, which will easily lead to muscle strain, and the riding effect will be greatly reduced, especially for the strong riding, you must warm up.

In addition, it should be noted that stretching is not the same as warming up.

It is often seen that some cyclists stretch their arms and legs before starting out, which can only move joints.

For riding, it is best to change gears more and use different strength and stepping frequency to stimulate muscles in various parts of the body within 20 minutes of the beginning of riding.

2、 The dinner the day before riding with an empty stomach has consumed almost all the energy after one night’s consumption.

If you ride with an empty stomach in the morning, it will lead to dizziness and other hypoglycemia symptoms, and your body’s inability will increase the risk of injury.

It is recommended that you must have breakfast before riding and bring some snacks for emergencies.

3、 Liking to compete here is not about equipment, but about face saving, regardless of their own ability, forcing them to challenge high-intensity riding, or doing some difficult moves.

It can be as mild as muscle strain, and as severe as bleeding accident, which finally leads to physical injury and mental shadow are not easy to recover.

4、 If you are not fully equipped, you must wear helmet, gloves and other equipment for cycling, unless you are going to buy vegetables by bike.

Don’t be uncomfortable with wearing a helmet or something.

You should have enough things to protect your life.

5、 Many riders do not replenish water when they feel thirsty, and they drink it in large mouthfuls, which is very convenient.

This is actually wrong.

The principle of “drinking slowly with a small mouth” and “timely” should be followed to ensure the vitality of the body.

If you do not replenish water in time, your body functions will decline, resulting in insufficient supply of muscle energy materials and oxygen, reduced riding efficiency, and even cramps in serious cases.

6、 The posture is not right.

Many friends think that riding should be arbitrary.

How come there are so many rules.

In fact, good riding posture can not only improve riding efficiency, but also avoid sports injuries.

7、 After riding, many people will feel hungry after eating and drinking.

Therefore, they often have to eat and drink beer kebabs.

After riding, the blood is concentrated in the muscles and respiratory system, and the digestive ability of the stomach is weak.

Eating and drinking at this time will cause gastrointestinal discomfort, and also lead to fat accumulation.

Riding hard for a day, eating and drinking until liberation.

Overeating will cause invisible damage to your body.

Although you were once an expert cyclist, if you haven’t ridden for a long time, you should do it step by step.

9、 The digestive organs need a lot of blood when riding just after eating.

Exercise will cause blood to flow to muscles and respiratory system, which will lead to ischemia of digestive organs and indigestion.

It may also cause abdominal pain and discomfort due to gastrointestinal vibration and mesenteric involvement, which will affect human health.

It is recommended to exercise one hour after meals.

10、 After the event, a cigarette was mainly used by male students.

Smoking itself was very harmful to the body.

Insufficient oxygen even affected the recovery of the body after cycling, leaving people in a state of fatigue all the time.

Especially many people like to have a cigarette when they take a break during cycling.

If they meet such team members, it is recommended to walk around… 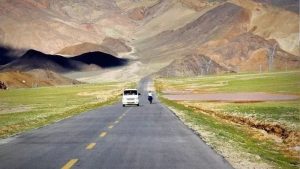