Under the gray sky, I rode in the water world because it was a big night, and the rain never stopped.

In addition, Gaud map was frightened by the night and rain.

It not only didn’t talk, but also the distance I rode remained the same.

I rode completely depending on the navigation, just like a stray bird.

When I left the door of the community, I tried to turn left and right, waiting for the navigation to correct my disordered steps.

There was no passer-by in the street.

When I was at my wits’ end trying to catch someone asking for directions, the female voice in the navigation suddenly spoke.

I followed her instructions and walked slowly and carefully, so it was nearly 10:30 when I got home.

Although I ate 15 yuan fast food outside this evening, I still had a few bites of the dinner prepared in the morning.

In the evening, the customer made egg fried noodles.

He also fried one for me, but I couldn’t make it after dinner.

“Why didn’t you tell me earlier, so I can save 15 yuan!” I laughed as I teased the happy newlyweds.

In fact, the fast food was really bad.

I had a good appetite and could hardly swallow it.

I rushed into my stomach with the white soup in the restaurant.

I have never joked with the client, but the newlyweds are very close to each other.

I think this is because they love to laugh.

When I arrived at the client’s house, the newlyweds greeted me with a smile like familiar friends.

“Auntie, it’s hard for you.

You should clean the kitchen first!” The bride smiled brightly at me.

She just got off work and wore a uniform with a vest.

I estimated that she worked in the bank because I was once a member of the bank.

The bride’s smile can melt the ice.

She really works in the bank.

After a tired day, she leans back on her seat and doesn’t want to move any more.

However, she still spoke to me softly.

After I finished the kitchen, I went to clean the master bedroom.

When dragging, I cleaned the bed with a telescopic rod.

First, I swept out an empty shoe box.

Then I saw a paper bag in the front.

I cleaned it with a telescopic rod, but found that it was full of red tickets.

“Little girl, come in quickly!” My head was still under the bed, but I couldn’t help shouting at her.

The bride moved in from the living room and laughed when she saw a carton of money.

“You work in the bank yourself.

Why don’t you deposit your money in the bank?” Based on the dust in the purse, I speculated that the money should have been kept for a long time.

“I have long forgotten this bag of money!” The bride giggled.

Another girl who doesn’t value money, I sighed in my heart.

The bride is more considerate.

She is afraid of my hard work at night.

She once told me that I don’t care about the dead corner of the dust.

She said that the sofa in the living room doesn’t need to be moved, but as a cleaner, I still insisted on moving the sofa, so her honest husband came to help me push the sofa, and then they found the gold bracelet they had been looking for for for for a long time.

The young man shouted in surprise.

This is a token of love he gave to the bride.

“Auntie, you are the lucky star of our family!” The young man sincerely thanked me.

He said that I was a capable and hardworking man.

Every time I clean up a place, I ask the young man to check it.

That’s why he regrets that he is not only a capable man, but also a good man who loves his wife.

He not only cooks at home, but also takes care of the hygiene of the house.

The little girl praised me in the meituan, so I laughed and said that I only spent 5 yuan for dinner today, because the first customer praised me with a reward of 10 yuan.

I received three orders today and worked for 11 hours.

I don’t want to feel happy because of the beauty’s smile and the warm and lovely atmosphere between her husband and wife.

after taking a bath, but I still think it’s meaningful to recall the memory of shuttling through the white water city under the gray sky today.

The interval between the afternoon order and the noon order is more than one hour.

I want to take Chinese food out.

He still felt guilty about what happened yesterday, so he talked to me while driving.

Besides, my time is very tight! So asked him to pay attention to safety and hung up.

President Zhou talked with Xue re for a long time last night, so I concluded that Xue must have called me.

Sure enough, she called wechat at 23.52 yesterday.

I guess Xue will come to me again today.

But after busy this morning, she forgot about it until Xue called at lunchtime.

When I entered the customer’s community in the morning, I met a familiar security guard, so I put Chinese food in his security booth.

The reason why I knew the security guard was very simple.

At that time, in order to promote e’s housekeeping business, I asked the kind-hearted man to do more publicity for us in the community.

The security guard said that lunch was waiting for me, but when I came to him in the rain, he had thrown all the company’s dishes into the garbage can.

He said it was too bad to eat, but I said he wasted food.

My food is all under rice.

When I eat white rice instead of vegetables, he says that my life is too hard.

I dug out the fried meat and tofu, and soaked the food with the hot water he cooked – I think the oil tofu I bought at the tofu house next door this morning is not delicious at all.

It was raining cats and dogs outside.

Seeing that I ate so hard, my brother said that he never wronged himself.

He threw away the dishes he didn’t like, and then went out to buy good dishes to entertain himself.

I laughed as I carefully swallowed the food.

My left tooth has been aching for a long time.

I try not to let the food go to the left.. 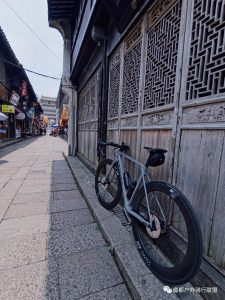