She rarely bothered about who she was.

Her desire for travel and low demand for materials made her walk on the road early.

Her experience is not worth imitating by ordinary people, but after reading her story, people will know: Oh, there are really people living for their own will in the world! Different fireworks were startled when they first saw Guo Mianan’s notes.

“I haven’t bought a sleeper so far.

I often endure the hard seat train for 50 or 60 hours in order to save money and go further.” People who have sat in hard seats all night must know the suffering.

The pungent smell mixed in the carriage makes them sleepy in the early morning.

Their neighbors may still play music outside.

Is this the new traffic password? It’s my subconscious reaction.

Until I opened her home page, I found that she was a little different from the previous travel bloggers.

At the age of 18, she rode 6000 kilometers alone, from Mohe to Sanya; 19-year-old single bike through China, Vietnam, Cambodia and Thailand; Then he went to Tibet ten times, walked and collapsed At the age of 23, she has traveled to more than 100 cities and 8 countries in China.

You must have a question.

What kind of family can do this? I’ve been to so many places.

Where does time come from? This answer is exactly where Guo pansian is alone.

“Normally, you won’t meet me everywhere.

Normally, the mountains are high and the roads are far away, and our lives won’t intersect.

I’m just a student who is distressed by the lack of living expenses and what to eat after class every day.” At the age of 23, most people have just graduated or are still in school, but Guo Mianan’s life is not step-by-step.

She chose to drop out of school at the age of 16.

Guo Mianan is a rural girl with little background at home.

At the age of ten, her father died in an accident.

“I suddenly grew up and knew that I had to go my own way.” There was no extra money for her to play at home, so she went to the kitchen to wash dishes and work part-time.

Other children loved to buy toys and new clothes.

She was born to travel far.

When she was 13, she took the money she had saved to travel to the next province.

Although she was afraid of the strange environment, on the whole, she liked the fresh feeling.

In order to save money, she dared to sleep alone in the square.

After graduating from junior high school, her family let her go to health school.

In fact, it sounds a little threatening to children: “if you don’t go to this major today, you’ll pack up your things and go out to work.” At that time, she didn’t have the strength to resist this tyranny.

Guo pansian entered the health school, but she was really not interested in this industry: “the first time I went to the simulation ward of the school, I stood at the door in a daze.

I looked at those cold instruments, alcohol filled rooms, white dizzy sheets, and I began to shed tears.” Thinking that she might have to engage in a job she didn’t like all her life, she was sad, “shouldn’t be, can’t be reconciled.” After four classes, Guo pansian shed tears for four classes.

When she opened her circle of friends and saw someone drying train tickets, an idea suddenly came to her mind: go out for a walk.

She went back to the dormitory to pack her bags and set off for the railway station with 90 yuan.

On the way, she thought of a good destination: if the weather is so good, go to Hainan! After returning from the trip, Guo Quanan had a serious conversation with his mother: “I can live according to your arrangement, but when I grow up, I may hate you.” Six months later, the family agreed to let her drop out of school.

The teacher said to her, “respect your choice.

I hope you don’t regret it.” Guo Quanan started a new life.

She got a job, stood on the assembly line for 12 hours a day, and then bought a SLR with a few months’ salary.

Of course, work is not the purpose.

She resigned when she saved enough for the trip.

After spending the money, she went on to work.

In a few years, she visited many places in China.

On the road, Guo Jian can save as much as she can.

Roadside stalls, CYTS and hard seats are routine operations for her.

She really has no money.

The railway station is also her hotel.

On the contrary, he will be very happy at the thought of saving 30 or 40 yuan and playing more for a day or two.

But there are always concerns in such a life, Guo said, especially in the gap period when there is no money and can’t find a job.

On a trip to Tibet, Guo Quanan suddenly had an idea: can you earn some travel expenses by selling some souvenirs? Just do it.

Her circle of friends began “business”, mainly engaged in postcards and small objects in tourist attractions.

“It doesn’t matter to be ridiculed and looked down upon.” At the beginning, her income was not stable, and the money she earned in a day might not be enough for meals, but Guo was very happy when she thought she didn’t have to go back to work: she really became a backpacker, just like a dream.

Guo’s journey is getting farther and farther.

After turning around all the places she wants to go in China, she looks abroad.

She chose a ride she could afford.

In addition to saving money, she also liked this casual travel.

“It would be disappointing for me to fly directly to a tourist city”.

When she was in Nha Trang, Vietnam, she didn’t see the scenery that could shock her.

Instead, she went out of Nha Trang, but found only her own scenery on the road.

After walking through some places, she also has an income that can sustain her life, but Guo pansian still has doubts about the future.

She has heard people ask more than once, “will you keep going?” She doesn’t know, “maybe soon, or tomorrow, I suddenly want to end this life, go back to find a class, get married and have children like ordinary people.” To confirm this idea, she found a job, but she found that “no one will talk to me about the snow mountains in Tibet, the grasslands in Inner Mongolia and the sunset in Xinjiang.. 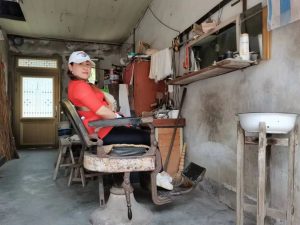 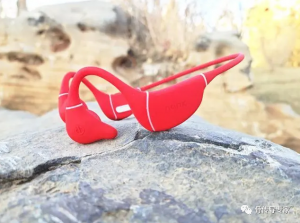