Cycling (10) 19 Taiyuan is the second provincial capital city we came to on this long-distance ride.

Taiyuan, formerly known as Jinyang, also known as Bingzhou and Longcheng, is the capital of Shanxi Province.

It is the political, economic, cultural and international exchange center of Shanxi Province and the innovation demonstration area of the national sustainable development agenda.

It is an important military and cultural town in northern China, the world Shanxi business metropolis, one of China’s important energy and heavy industry bases, and an excellent tourist city and national garden City in China.

Taiyuan is a famous national historical and cultural city, an ancient capital with a history of more than 2500 years.

Fenhe River, the second largest tributary of the Yellow River, passes through the city from north to south.

It has been known as “beautiful Taiyuan city” since ancient times.

The urban spirit of Taiyuan is inclusiveness, morality, law, integrity and excellence.

Taiyuan is a garden city.

The landscape trees on both sides of the road are arranged in a staggered manner, with beautiful shape and reasonable color matching.

The roads are flat and spacious, the winding paths of tree lined footpaths are long, and the citizens walk leisurely.

First of all, we came to Shanxi sports center.

It is located in the south of Changfeng cultural business district, Taiyuan City, Shanxi Province, adjacent to Jinyang Lake in the West and Fenhe River in the East.

The shape of the venue is like a big drum, round, thick and majestic.

The weaving technique of lanterns and the abstract application of local paper-cut art are dominated by ‘Chinese Red’ as a whole.

Under the background of the unique garden landscape on both sides of Fenhe River, it is particularly atmospheric and beautiful.

After visiting the Shanxi Sports Center, I rode my bike to the city center.

High buildings stood on both sides of the street, spacious and tidy roads, cars came and went, large building advertisements appeared, supermarket customers came and went, flowers were in full bloom in the park, trees were shaded, the lake reflected beautifully, and citizens danced, sang, sword danced and strolled leisurely in the park, A peaceful and happy life.

When night falls and lights are on, thousands of lights light up the streets and alleys.

The traffic flow is like a flowing fire dragon, and the roads are radiant.

The light show shows the vitality and vitality of the city.

In the early morning, the sky was shrouded in dark clouds and the temperature dropped.

Everyone put on thick clothes and left the hotel.

Taiyuan went out of the city and climbed a big slope to 307 National Highway.

Riding and climbing on national highway 307, one steep slope after another, for more than 20 kilometers, and then downhill, continuous downhill.

The wet clothes are wrapped around the body like an ice blanket.

In the small restaurant on the roadside of Lijiashan village, one person orders a hot noodle soup, which is both to satisfy hunger and warm the body.

Pasta is the most important and important food on the road, because it has the functions of convenience, relieving hunger, warming up and so on.

I met two men and two women riding friends in Taiyuan in the restaurant.

They rode for a short distance and had lunch here at noon.

We introduced each other.

It is the battle site of the liberation of Taitai mountain in Taiyuan.

After many battles such as Taiyuan battle and Taiyuan campaign, it looks down from the ancient castle of the military camp.

It looks like it is in the position of pointing rivers and mountains.

It has everything, such as military tunnels, storage rooms, horse sheds, prisons, watchtowers, traps, stoves, entrances and exits of mangers and so on, Here, you can experience the wonders and dangers of tunnel warfare, including “inner five floors, outer five floors, turning three corners, setting three passes, going upstairs, good defense, the enemy in the light, I in the dark, and the sky outside the sky”.

On the way of riding, I also met many riders in Taiyuan.

They passed by from the opposite side and greeted and encouraged each other.

After climbing over the mountain, large coal mines appeared on both sides of the national highway, one by one, and heavy trucks pulled coal one after another.

We were crowded close to the roadside, highly concentrated and rode wholeheartedly.

The air was shrouded in fog and haze, and the air was seriously polluted.

I wore flying towels and glasses.

After a day’s hard work, we enjoyed the beautiful scenery along the way, completed the mountain climbing, competed with the car, fought against the weather and came to Shouyang County.

Shouyang County is a small and magnificent mountain town surrounded by mountains, tall and straight, with emerald peaks.

In the morning, it was still yesterday’s face.

It was overcast and there was no smile, but it didn’t rain.

It was good weather for our long-distance riders.

After breakfast, he left Shouyang County and continued to ride in the direction of Shijiazhuang on national highway 307.

Although the weather is overcast, the road is very good, with many less yesterday’s climbing, more flat roads and slow downhill.

After more than 40 kilometers of cycling, I came to Yangquan City.

Yangquan city is also known as the first city of the Communist Party of China: on May 2, 1947, Yangquan Town, Pingding County, Shanxi Province was liberated.

In order to use Yangquan’s rich coal and iron resources to support the war of liberation, the Central Bureau of Shanxi, Chahar and Hebei of the Communist Party of China decided to delimit Yangquan town from Pingding County and build it into a new industrial city.

On May 4, the first Yangquan Municipal Party committee and people’s government after the establishment of Yangquan City were established.

Yangquan has become the first people’s city created by our party.

On July 28, 1948, the North China joint administrative committee, the predecessor of the Central People’s government, decided to directly administer Yangquan and Shijiazhuang, making Yangquan one of the first batch of municipalities directly under the central government established by our party in the liberated areas.. 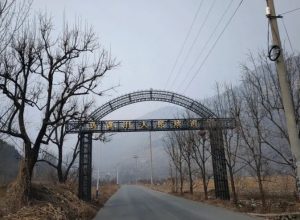 Send off the last ride of the year of the ox 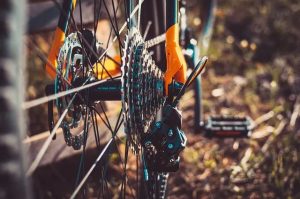 Riding safety should not be underestimated