According to the relevant provisions of the regulations of Zhejiang Province on the administration of electric bicycles, non-standard electric bicycles recorded shall not be allowed to drive on the road from January 1, 2023.

From tomorrow to the end of September, the province will carry out activities to encourage the early elimination and replacement of non-standard electric bicycles.

Why is it forbidden to go on the road? The old standard for electric bicycles implemented in 1999 lacks fire prevention and flame retardant performance, charger protection and other indicators, which is prone to spontaneous combustion and does not meet the needs of safe use.

Moreover, non-standard electric bicycles without tamper proof technology are easy to be illegally refitted by “increasing battery capacity, installing other devices, refitting controllers or motors”, resulting in excessive vehicle quality and inadequate battery short-circuit protection, affecting the handling stability and braking performance of vehicles, and easy to cause traffic accidents.

At present, Hangzhou has recorded about 2.93 million non-standard electric bicycles, including about 750000 in the main urban area.

Electric bicycles with license plates of the above style will be eliminated.

From April 10 to the end of September, the province will carry out activities to encourage the early elimination and replacement of non-standard electric bicycles.

In the process of handling, relying on the “Zhejiang e-bank online” platform and the “lead bomb” platform, the elimination and recycling agency operates on the merchant side to realize the full closed-loop digital management of “source cancellation, intermediate replacement, back-end recycling, end destruction and utilization” of used cars. 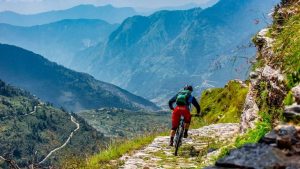 Experience sharing of cycling travel is worth a visit!