Sharing and reporting on the achievements of the third class cycling Park of “Qiyue infinite” primary school the cycling Park provides a relatively rich variety and quantity of cars, including bicycles, tricycles, rickshaws, scooters and other kinds of cars.

The ups and downs of curves and mysterious tunnels bring children different experiences.

The playing field of middle-term children’s games has been expanded to the field of plastic collage area; In the later stage of the game, camouflage riding pads, tires, boards, happy blocks, arches and other materials were put in.

These can get more exercise opportunities in the outdoor cycling park this month.

The cycling park is very attractive and challenging for small class children, and the class teachers are full of expectations for the children’s autonomous games.

It is hoped that children can become more confident and brave by constantly trying to explore and brave challenges in the process of riding.

In case of difficulties, they can actively use their brains to think and solve problems, learn to abide by the rules in the game, gradually enhance their sense of responsibility, and cultivate the game quality of self-confidence, courage, concentration, seriousness and perseverance in the process of independent participation in game activities.

The first stage: getting to know the car and riding in a pattern.

At the beginning of the game, the children in this class will explore the car independently.

Before starting the riding game, the class teacher first led the children to know the types of cars.

In the first few days, most of the children rode their own cars, pulled their own trolleys and scooters, There is no one behind the car.

Children are more independent to explore the riding method of small cars.

After several days of exploring the car, it is found that young children can judge for themselves what adjustments should be made to the car under different road conditions, such as slowing down at narrow roads and corners, and appropriately speeding up where there are few people.

Children have been experimenting with synchronized cycling, practicing the methods of carrying people by bike, riding a three person team car and riding a handlebar.

Some children have explored the skills of standing behind the car after the help of cart running.

There will also be two or three groups of children riding a car to start a competition between speed.

They will compete to see who can ride faster, and they will invite teachers to be judges, See which children ride faster on the specified track.

Problem 1: the vehicles are not placed and stored in order, and there are problems that they are placed at will, placed in order, and do not correspond to the icons on the car.

Problem 2: the traffic order was chaotic.

The cars collided with each other and overlapped with the pedals of the nearby cars.

There were also children who suddenly backed up during riding, resulting in the front, rear, left and right cars stopping in the road and blocking the road, resulting in a traffic jam.

Solution strategy 1: show the children the photos of the disordered vehicles in the sharing link, and guide the children to find the problems and use their brains to come up with solutions.

Some children put forward the idea of setting up a “parking lot”.

Teachers and children know the signs and numbers on the car together, and children also know the placement method of the car corresponding to the icons on the ground.

And in the daily game imagination, select the little student on duty on that day, and be responsible for checking whether the children’s cars correspond correctly and sorting out the cars that are not neatly placed.

Strategy 2: teachers conduct small teaching and research in the class and discuss solutions with children.

First of all, we found out the actual photos of traffic jams on the road, told the children what dangers would happen in this situation, and we should avoid such traffic jams.

The second stage: creating situations, role playing} in the children’s desire to try, the game entered a new height.

The teacher put in the traffic signs, and the children chose and found a good position, set up the signs, put on the clothes of the small traffic police, and went to the site to direct the traffic.

The children chose the traffic lights, put the signs at the entrance of the tunnel and put the comity signs at the corner.

If they violated the traffic rules, the small traffic police would stop them in time.

The small traffic police will direct the traffic according to the traffic conditions on the road.

The small traffic police have many responsibilities.

They will also help children who can’t get on the curve and slope.

When they see children who lose their cars and play on the road, they will remind them to ride away in time.

Problems encountered: the problem encountered at this stage is that children want to play small traffic police, and there is a phenomenon of role competition.

Solution strategy: guide children to combine their practical experience in life, let them say what roles they can think of, and they can think positively and express boldly.

It was suggested that if the car broke down, it would still need to be repaired by a repairman.

When the car was out of oil, it had to be filled with oil, and some young children put forward the idea of delivering takeout.

In the game, children use auxiliary plastic blocks as takeout food, send it to the children, and say “Hello, here’s your takeout”.

We also added the creation of maintenance workers and gas stations to guide children to explore and try to play with repair tools, and use different tools to help children repair cars when entering the game. 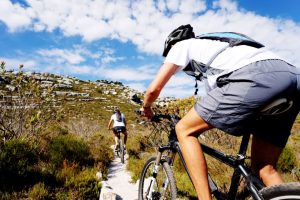 Riding, did you monitor your heart rate! 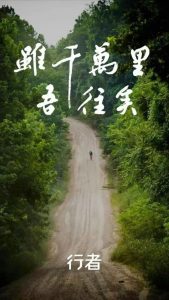 A person’s riding in Chongyi Yangling