Editor’s note yesterday was another challenging day for the girls’ cycling team – the first team rode more than 80 kilometers and the second team nearly 110 kilometers! In their riding logs, the way of heart is reflected everywhere, which is amazing! Boys are not easy. 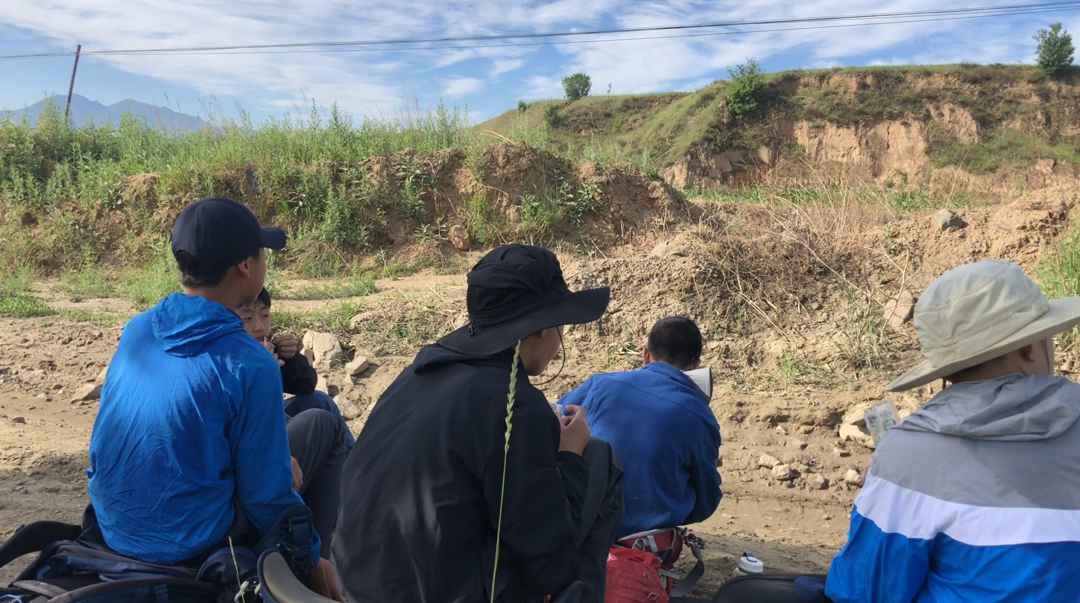 After walking 50 kilometers, they also experienced a “sleeping on the street”! Some students said that they found the feeling of marching: always changing roads, always camping, always starting the stronghold, eating when they have food, and leaving when they don’t. 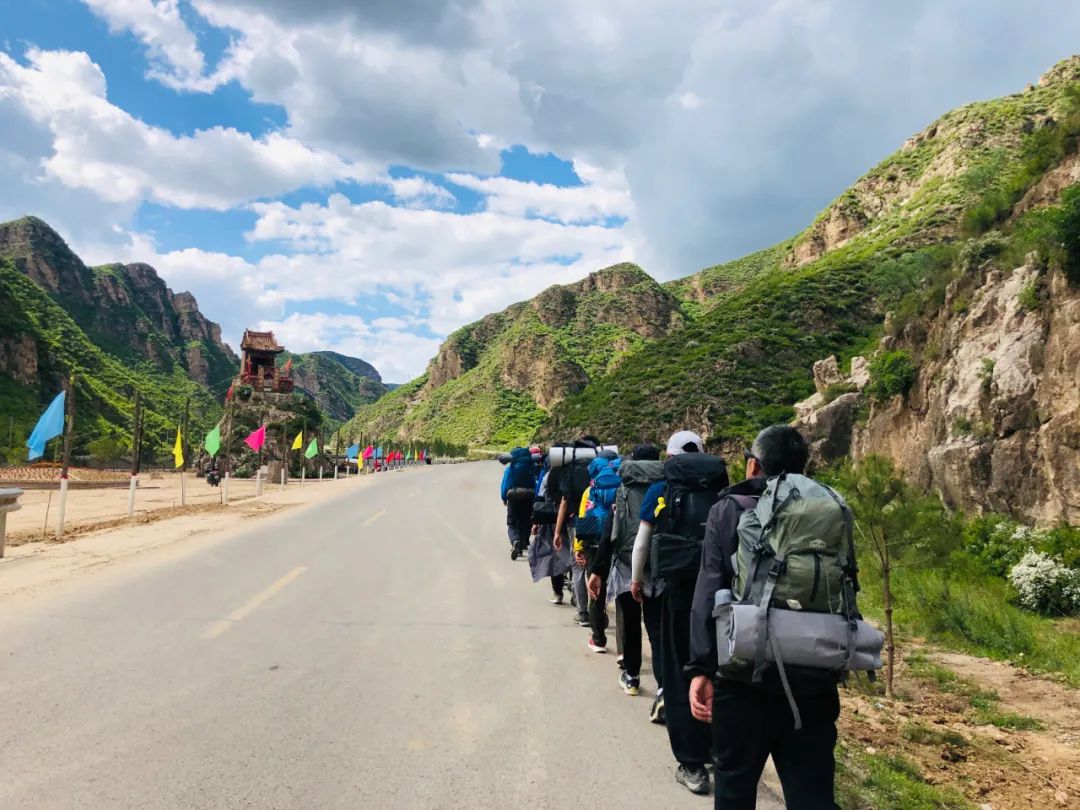 The following is a selection of girls’ daily knowledge records sorted out by the students of Kuafu class, as well as teacher huangmingyu’s walking diary on that day. 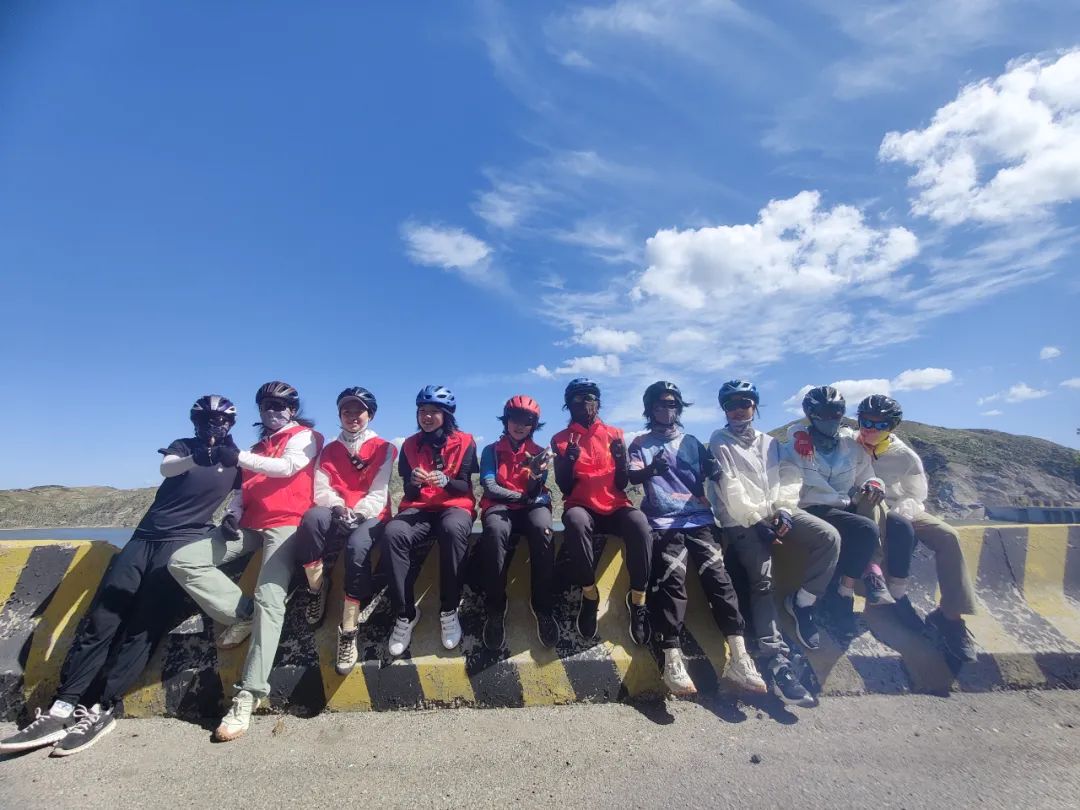 Text and arrangement | Kuafu class students’ tour first look at the scene of the cycling team entering Shanxi territory on the first day! Shanxi, here we are! Taihang Mountain, here we are! ▼ after riding the beautiful scenery along the way, they said: ■ set out to the West in the morning, and saw clouds surging in the sky like huge waves from the edge of the mountain. 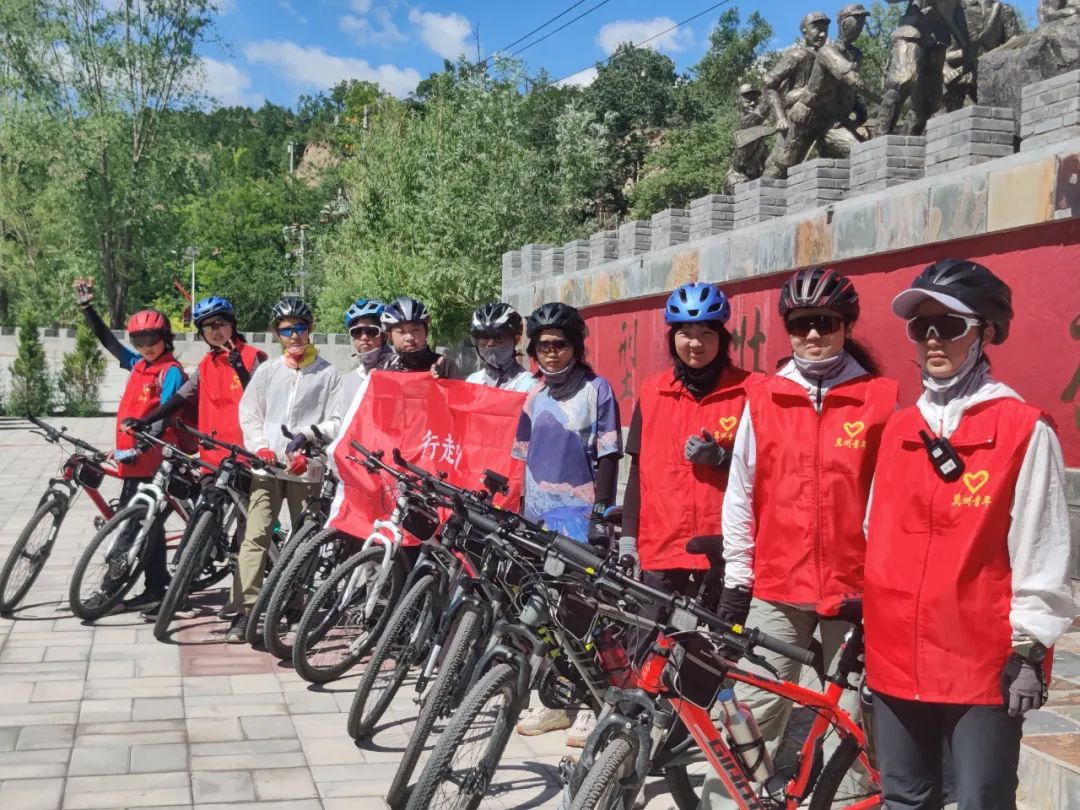 This journey was once again shocked by the beauty of mountains and rivers.

Taihang mountain can really be called “magnificent”! At the same time, it is simple and grand.

Such a climate is worthy of being “the backbone of China”.

In the mountains, we rode along a small river.

Later, teacher Yuwen said that this was the Tang River.

Emperor Yao lived beside this river thousands of years ago.

It’s amazing that we passed here again after a thousand years.

We should really have a sense of awe for the operation of time and space, karma, mountains and rivers, etc.

The second team arrived in early four o’clock, while the first team took a detour to Pingxingguan great victory Memorial Hall and rode for nearly 110 kilometers.

The following is an excerpt of the students’ Diary: ■ today, riding from Lingqiu to Hengshan, the road is another scene.

At noon, I just climbed a mountain, and in the afternoon, there was a big slope.

Riding, the distance between him and coach Wang was getting farther and farther.

As soon as he was worried, teacher Huang’s words came out of his mind: “pay attention, who is annoying?” With this thought, the trouble subsided.

In the past, when I had a little feeling of “living in the present”, I rode behind coach Wang, so whenever I was running or tired, as long as I focused on Coach Wang’s fluorescent yellow coat, I would “think” of the present moment.

■ the second team rode more than 80 kilometers today, which was really unprecedented.

Climb the big slope with a steep slope extending to the horizon.

At the beginning of this situation, I was very tired.

Later, I suddenly felt that the slope ahead had nothing to do with me.

Before the future comes, I will ride every present road with my heart.

■ when riding in the winding mountain road, you always don’t know what kind of scenery you will encounter at the next bend.

This uncertainty first makes people feel tired, but later it turns into a surprise.

No matter whether you go up or down, you can always accept it with a smile, and then take every step.

When we reached the top of the mountain, we were very calm.

When I looked back at the road I had taken, I didn’t feel anything.

If we can always look at the current suffering with a jumping mentality, it will not be so bitter.

■ today, I went to the great victory site of Pingxingguan and saw the restored images in the memorial hall.

Although the battle was won, the price was painful.

It is said that we were not afraid of sacrifice and strong enemies.

With firm determination, we defeated the invaders.

From this, we can not help but think that the Chinese people are no longer in a crisis of losing their country, but the road ahead is not a smooth one.

The spirit of the Chinese people needs to be boosted again (different from the spirit of defending the motherland from aggression in those days) in order to revive the Chinese civilization and cope with the increasingly complex international situation.

The teacher spoke well this morning: “the revival of Chinese culture requires neutralization to dissolve the evil spirit of the world today – the common karma of mankind.” Duck, boy! We are tired and happy ~~▼ hiking diary Tuesday, June 14, 2022 Wen Zhonglin boys’ camp tonight is in darenzhuang Township, Hunyuan County, 30 kilometers away from Hunyuan county.

The girls will stay in Hunyuan County for two nights.

Tomorrow, they will take time to visit Hengshan Mountain, Beiyue.

The following is an excerpt of the boys’ daily records: ■ I walked 49.9 kilometers today, and they were all in the mountains.

I feel that the bone joints are almost loose when I go to the place where I live.

However, the scenery along the way was very beautiful.

The mountains were like alpine meadows, and several mule carts were encountered on the way.

Today’s mood is also affected by the scenery.

I walked a little speechless in the morning.

They were all gravel roads.

Every step made me feel painful.

So I fell behind.

There was still a long way to go.

It was by looking at the footprints that we found the big army.

At noon, we took a nap directly on the roadside with a damp proof mat.

This may be the first time in my life that I slept on the street, but it was very comfortable.

■ today’s mountain is much softer than the previous two days.

It doesn’t have so many edges and edges, but it still looks very grand.

It is very much like the big green hill in Inner Mongolia.

In the first section of the morning, I walked for 2 hours and 12 kilometers.

After breakfast, we started a period of “speed and passion”, which soared to 9 kilometers in an hour and a half.

But there was a long lag.

It seems that although the speed of a team is important, it is by no means the most important.

It’s a selfish leader to keep up the momentum, instead of reaching the front speed, while the back is still far away.. 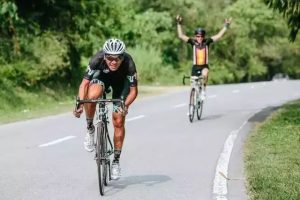