With the continuous growth of the cycling team, the technical level of riders is also constantly being opened.

If you are a novice, you might as well take a look at the following ten things you should learn, which will help you.

The development of e-commerce has a great impact on the bicycle industry.

The growing Taobao has made some physical stores with less strong strength barely survive.

Some novices like to refer to the price of some accessories on the Internet and then go to the physical store to buy them.

This practice of preventing being fooled is understandable, but some car riders criticize the store because of some price differences.

You should know that the operation of physical stores is much higher than that of the network, so you can choose not to buy because the store sells more expensive, but do not cling to the price.

This is not only for beginners, but also for some cyclists who have been involved in cycling for a period of time.

In fact, this is nothing in itself, but some people like to embellish it.

For example, your accessories are expensive, your collocation is unreasonable, and so on.

If your level is indeed higher than that of the other side, such guidance can be acceptable, but if you are eight pounds and eight liang, such guidance will only make riders dislike you.

It is very important for all cyclists, especially those who are new to cycling, to check before riding.

In personal riding, especially on long routes, you need to make a good inventory of the items you carry.

When riding an unfamiliar route, it is necessary to use some emergency tools, and always adhere to the principle of “not afraid of ten thousand, just in case”.

After some cyclists bought their bikes, they left the maintenance and repair tasks to the bike shop.

They thought they were only responsible for cycling, which was just wrong.

For daily cycling, we need to know some basic bicycle debugging and maintenance methods, such as brake adjustment, bicycle maintenance after rain, etc.

Only when we master some skills can we go out for cycling.

Some novices who go cycling with different groups tend to have a misunderstanding, that is, I can only participate in the cycling activities of this brand when I buy this brand of bike.

In fact, the brands are becoming more and more diversified.

Most clubs do not limit bicycle brands in their cycling activities.

There is no need to block yourself because of different brands.

If you go cycling with different groups, you will get different results.

Many riders will join various bicycle QQ and WeChat groups after buying bicycles.

Some people will be silent because of their knowledge.

In fact, asking more questions that trouble you (related to cycling) will not make others think you are ignorant, but will make people think you are modest and eager to learn.

More importantly, it will improve your knowledge quickly.

Whether you are an acquaintance, a group of friends or a salesperson of a car dealership, you may not fully understand your needs when recommending any product to you, so you need to raise your own questions.

For example, if you want to replace a tire that is lighter to ride, they may recommend you with a bare head tire.

If you say you often need to ride in rainy days, they will recommend you with a more appropriate product.

Learning to recommend cycling to people around them is a problem for many novice cyclists.

When some people around them know that they have spent thousands of yuan to buy a bicycle, they will certainly cast a lot of questions, or even make fun of it, just because they do not know the sport.

Therefore, you should learn to recommend the benefits of cycling to the people around you, and tell them why your bike sells at this price – can’t the price of a mobile phone with similar appearance be much different? 10.

For an experienced cyclist, not riding a bike for a period of time may make him uncomfortable.

But for novices, they may not want to ride again after a period of time.

No matter what purpose you want to participate in cycling, it is always a sport that requires perseverance.

If you just buy a bike for a moment, find a suitable reason to persuade yourself to continue.

In fact, we should all understand this: there are almost no natural experts in the bicycle world, and we all learn and grow slowly from novices.

As long as you are willing to work hard, one day you will become a driver who makes you look up to you.

Understanding the above ten things will help you avoid many detours.

Next, you must rely on your perseverance to create success.. 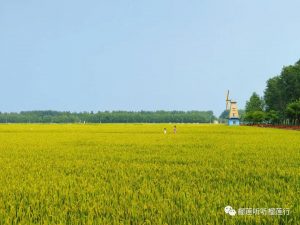