The expected reading time is 15 minutes. 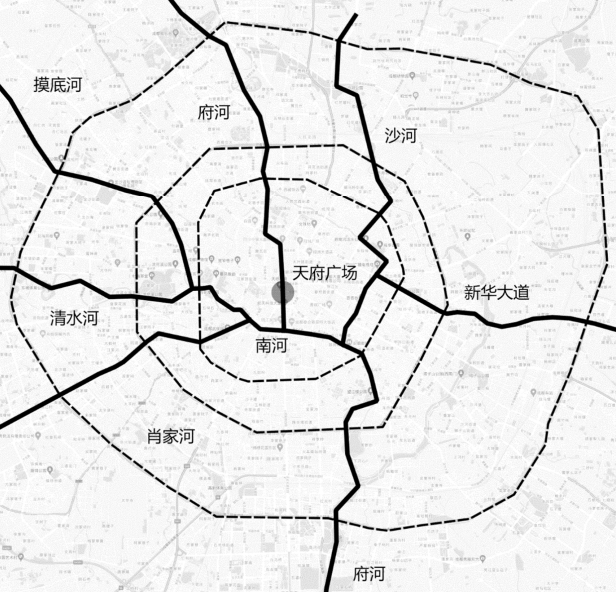 With the theme of building a green and healthy cycling city, starting from the significance of building a cycling city in Chengdu, this paper combs the construction favorable conditions, proposes to build an “urban wind wheel” cycling skeleton network, promote green residential units at the block level, systematically and comprehensively improve the cycling service level from the three aspects of road network, management and service, and guide citizens to adopt safe and convenient travel modes, Provide theoretical basis and policy help for building a green, healthy and sustainable world leading cycling city.

favorable conditions and significance for Chengdu to build a cycling city.

Strengthening social governance starts with the construction of a cycling city.

Chengdu has a beautiful environment and suitable temperature, which is very suitable for the development of bicycle transportation.

During the 14th Five Year Plan period, Chengdu expects to increase the proportion of green travel to 75% to alleviate traffic congestion and environmental pollution in the city.

Building a cycling city can bring the following benefits.

In terms of urban development, the convenient and comfortable green transportation corridor can attract citizens with a travel distance of less than 10km to choose green transportation and alleviate the problem of car congestion; The promotion of bicycle traffic can enhance the resilience of urban public transport system.

The urban passenger transport system with subway as the framework is inherently lack of risk resistance, and will lose its service capacity in case of emergencies.

The severe rainstorm in Zhengzhou in July 2021 led to the interruption of subway traffic and the paralysis of ground bus.

Bicycle traffic can make up for the shortage of subway and bus.

The cycling corridor has multiple functional attributes such as transportation and leisure, prospers the commerce and service industry along the line, and improves the influence of Chengdu as the most livable city in China and the happiness of citizens.

At present, the primary goal of urban development is how to reduce urban energy consumption.

It is of great significance for cities to take the lead in achieving carbon peak in urban transportation.

“Cycling” is a path with Chinese characteristics to achieve “carbon neutralization” of urban transportation.

The construction of cycling city can accelerate the carbon peak of urban transportation in Chengdu.

The non motor vehicle travel in the central urban area accounts for nearly half, and the demand for bicycle travel is very strong in commuting, commuting, shopping, transfer, fitness and entertainment.

There is a good integration foundation between Chengdu’s cycling network and urban facilities, such as the “way home” through the park green space.

On the other hand, it is also necessary to strengthen the connection with rivers, greenways, traffic transfer facilities, etc.

The cycling network has the problem of insufficient integration with communities and streets, which fails to fully meet the needs of a large number of activities of community units along the road.

Green and health represented by bicycles and power assisted bicycles is an important embodiment of urban resilience.

Building a world leading cycling city can adjust and optimize the urban traffic structure and improve the overall robustness of the system.

Three suggestions for building a cycling city (1) building a skeleton of a cycling city with green traveling urban wind wheel “urban wind wheel” refers to the use of existing infrastructure such as rivers, railways and ring roads, the transformation of waterfront space and space along the railway through effective engineering measures, the construction of bicycle roads, the paving of auxiliary pedestrian facilities, and the formation of green corridors for bicycles.

Most cities in China have ring road networks, of which Beijing is the most typical.

There are four urban rings from the second ring road to the Fifth Ring Road, and Chengdu also has a similar ring road network structure.

There are also many rivers and railways passing through the city, forming a space that can fully meet the current situation of bicycle traffic.

The system formed by the construction of waterfront bicycle road (or bicycle road along the railway) passing through the car loop is similar to the traditional auspicious wind wheel, and the wind wheel gives people the image of smoothness and low energy consumption, Therefore, this new green transportation system is named “urban wind wheel”.

The Shuangqing greenway built with an investment of one million has been used by 20000 people every day.

The effect is good and has been highly praised.

By July 1, 2021, Beijing has completed the overall upgrading project of the cycling road of the Second Ring Road, with a total length of nearly 60 kilometers, which has changed the urban appearance along the line, served the green cycling of thousands of people, made cycling faster than driving, and entered the lives of many people.

Chengdu has a high density of water network, and the overall road network structure of the city is composed of ring roads and various roads, which has good conditions for building urban wind turbines.

Along both banks of the river, there are a wide variety and number of commercial centers, office buildings, residential buildings and tourist and leisure attractions, with huge traffic demand and urban activity demand.

The waterfront bicycle road of the above water system forms the “urban wind wheel” together with the first ring road, Second Ring Road, Third Ring Road and other roads (see Figure 1).. 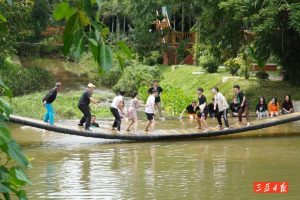 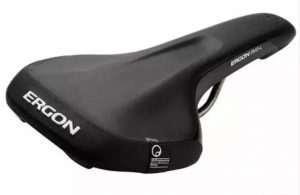