Bicycle gear is one of the most amazing innovations in all bicycle sports.

The correct gear ratio can make us uphill relatively easy and make us sprint more bravely.

Learn about the main structure of the gear part: the front gear / sprocket # the smallest sprocket is affectionately called “grandma gear” (as the name suggests, the gear that grandma can step on).

Most modern road bikes have two front teeth, which is described by their number of teeth.

The rear flywheel of most modern road bicycles has 8 to 11 gears.

These gears are described by the number of teeth on their rings.

Bicycle transmission ratio the number of different gear combinations on a bicycle.

In fact, there is often overlap between different gears.

Although the gear ratio is the same, the feeling of riding is completely different.

Gear} the highest gear generally refers to the maximum ratio of front and rear gears, such as 53 * 11, which can generally be used for sprint.

The lowest gear generally refers to the lowest number of front and rear gears, such as 39 * 28.

It is usually used for climbing.

The chain shifter {is located above the front sprocket disc and below the rear flywheel, and moves the chain from one sprocket disc or gear to another by operating the of the shift lever.

Shift lever} the control levers on the left and right sides of the bicycle handlebar control the front and rear derailleurs.

The speed (expressed in “revolutions per minute” or RPM) of the rider’s pedal is also called “t” (abbreviation for tooth).

Use the skill of “53t” or 53 gear sprocket to shift correctly.

Predict the terrain: adjust the transmission ahead of time before starting to climb, instead of shifting when you are trampling.

If you do shift gears on a hillside, please change gears one at a time and temporarily release the pressure on the pedal when shifting.

In flat or downhill sections, you can change more than one gear at a time.

Do not use the front shifter and the rear shifter at the same time.

Using the top gear will make you faster, but it will quickly consume your physical strength and may cause damage to your knees.

Therefore, it is recommended to use a simple gear and increase the speed by increasing the stepping frequency. 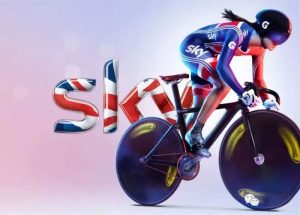 What are the benefits and advantages of cycling for women 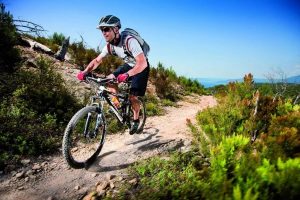 When riding, have you ever experienced wrist pain, numbness and tingling?