The pattern of parents is the starting point of children. 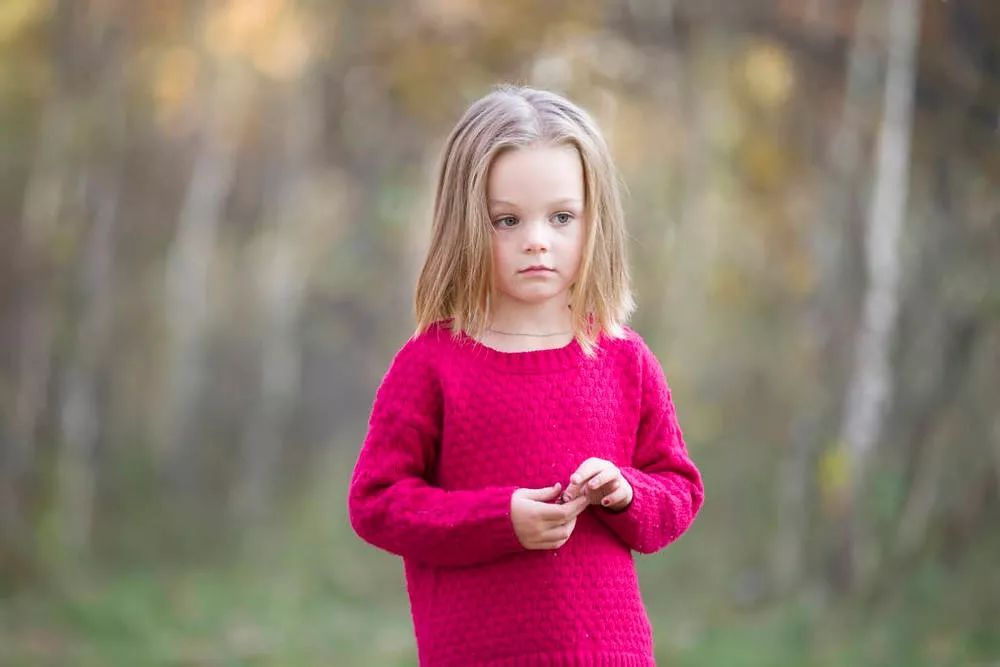 The vision of parents is the boundary of children. 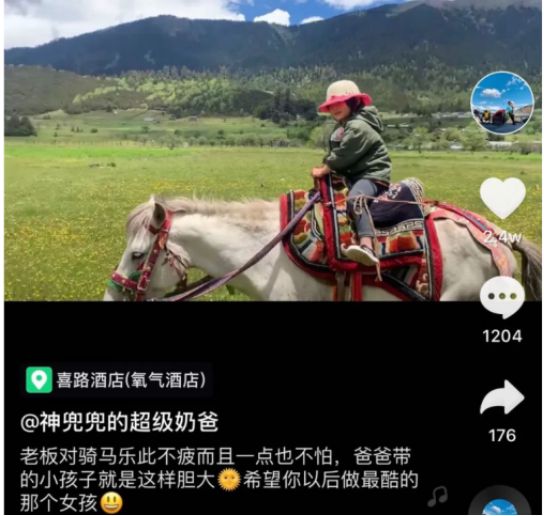 – okra mother: what can a 4-year-old child do? Snack or play games? The 4-year-old girl went for a ride with her father to Tibet. 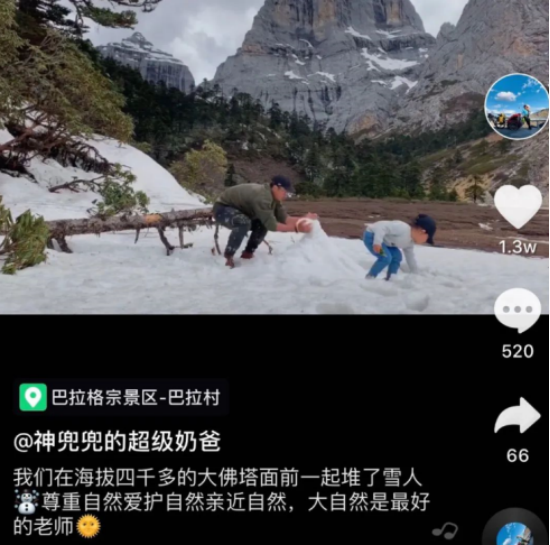 Recently, a video of “single parent father riding to Lhasa with his 4-year-old daughter” became popular on the Internet. 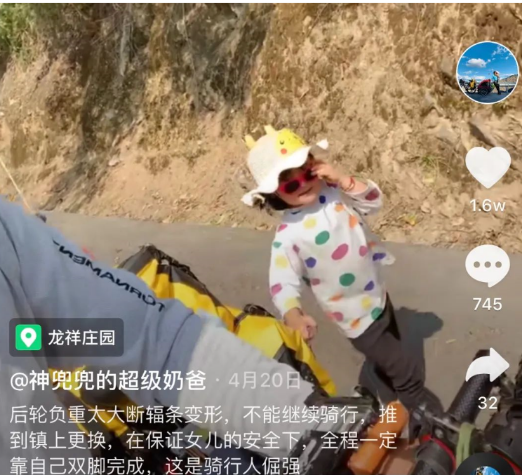 In April this year, ATU, 26, made a bold decision: take her daughter to Tibet by bike. 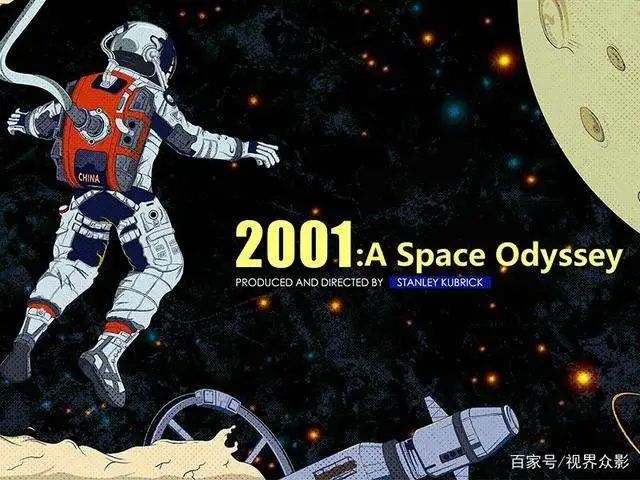 They set out from Dongguan with a total journey of more than 4000 kilometers, which lasted 71 days. 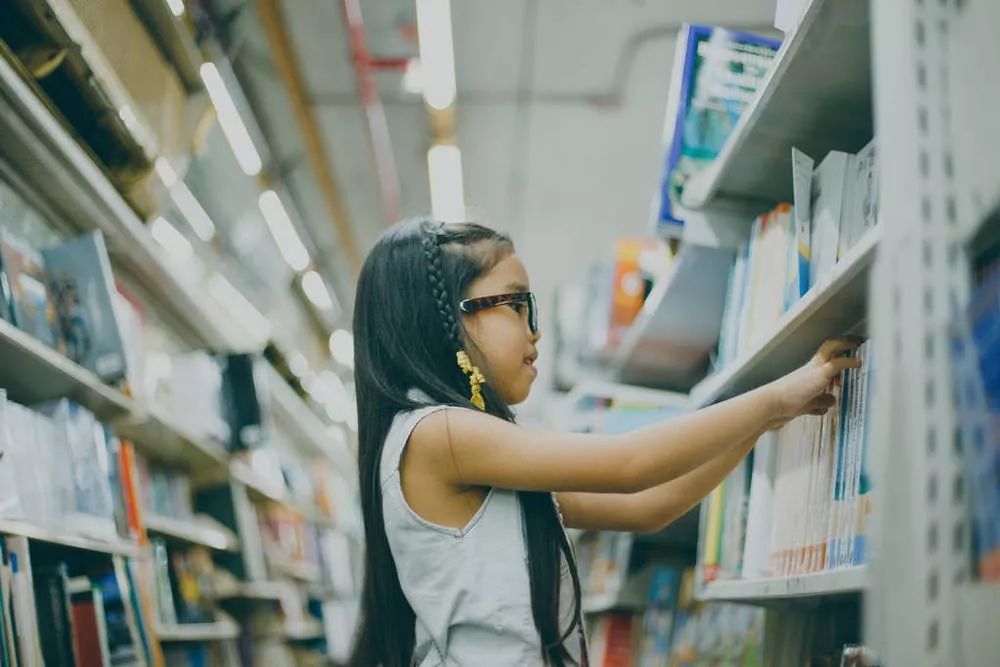 Along the way, ah Tao recorded every bit of his and his daughter with his mobile phone. 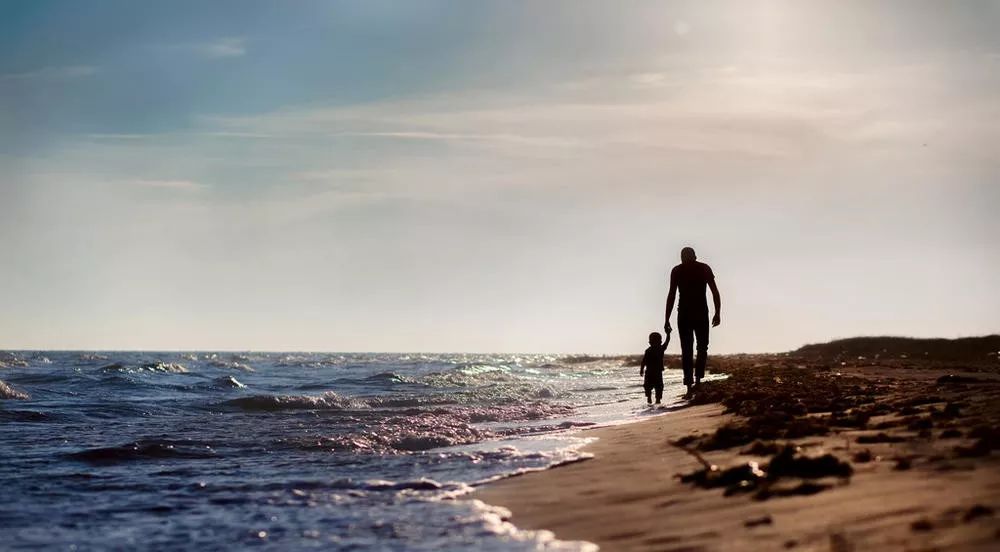 They rode under the blue sky and white clouds. 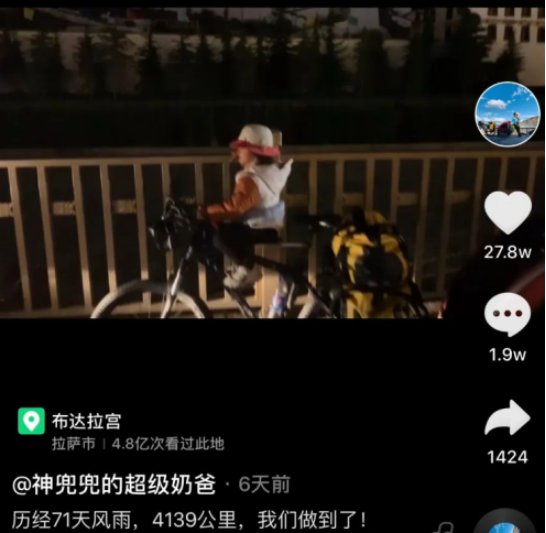 In the snowy area 4000 meters above sea level, they make snowmen together. 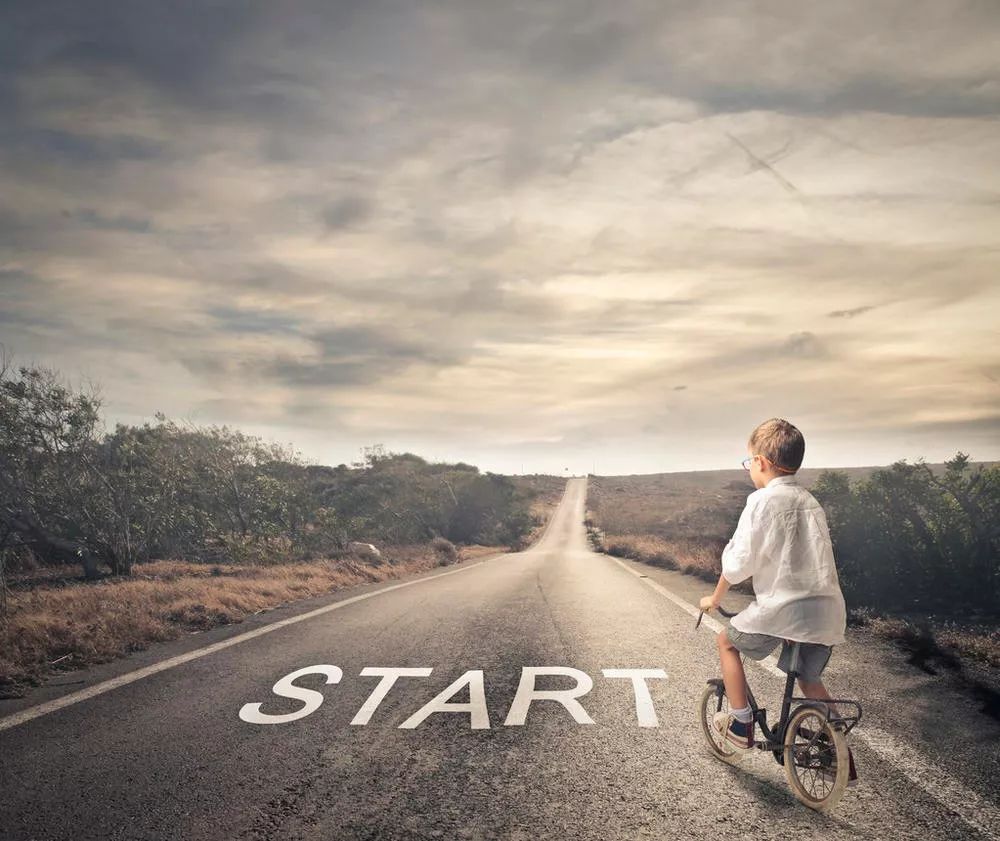 When passing Yunnan Road section, due to the heavy load of the bicycle and the deformation of the rear wheel spokes, they had to push the cart forward.

Doudou not only didn’t cry, but happily followed his father on the way: “you took me on an adventure, and I’ll accompany you through difficulties!” Sometimes, ah Tao teases his daughter and says, “Dad, buy a ticket and send you back, okay?” The answer is always: “no, I want to continue riding with my father.” Whether it’s running around and tired, or the wind and rain, the 4-year-old pocket didn’t resist and shrink back, and his face always bloomed with a bright smile.

I have to say that the heart of toudou is really strong.

Why do some children jump off a building and commit suicide when they are faced with difficulties; Some are optimistic and open-minded? I think a highly praised comment on the Internet gives a good answer: because the world we have seen is different, the growth environment is also different.

For most people, the south pole is out of reach.

However, Simba, a 5-year-old boy, has already been to the South Pole.

Because of his father’s working relationship, Simba has been traveling with his father since he was 3 years old…

At first, like other children, he would shrink back.

For example, when fishing for piranhas in the Amazon rainforest, there are countless mosquitoes in the jungle.

After being bitten, they will itch more than ordinary people think, but they can’t catch them.

Simba was bitten and cried loudly, clamoring to go home.

My father said to him, “courage is not not that I am not afraid, but that I will stick to it after I am afraid.” Accompanied by his father, Simba learned to endure like an adult, overcome the bites of mosquitoes and caught piranhas.

At the same time, Simba also understood for the first time: in the face of difficulties, we need to be strong.

Travel brings Simba not only strength, but also independence.

“I can try to be alone and take care of myself,” he said Children who have seen the world believe that there are more ways than difficulties.

As long as they persist, they will be able to overcome them.

Even if they can’t overcome it, they won’t fall back.

Because they know that there are countless ways to live in the world.

If one place fails, there is another world that can accommodate you.

They will not be limited to their own mistakes and the views of others, and they are not easy to abandon themselves when they are frustrated.

In the book “the best upbringing is on the road”, the author Pu Shane wrote: “every encounter between himself and his daughter is an experience.” Visiting places of interest, children know that there are days outside the sky and people outside the people; The warmth and love from strangers make children understand gratitude; Even if they are deceived, children also learn tolerance and understanding…

The more children experience, the more awe they have and know how to advance and retreat, the less they will be trapped in the immediate difficulties.

The scenery and things we have seen will condense into the core of spirit and help children grow into tough themselves in the fertile soil of life.

Yin Jianli, a famous children’s expert, once said: parents should take their children to travel as much as possible if they have conditions.

Don’t always think that their children are still young and don’t understand anything.

Childhood is a special time.

Every child is a pure and beautiful original ecological world, with enigmatic potential and countless development possibilities…

We will be able to find more children’s potentials on the journey.

Taking children to see the world is not only to stimulate children’s imagination and creativity; It can let children know that there are a variety of lifestyles and life choices in the world.

Sometimes, a short journey and a casual touch may change a child’s life.

Ma Yun once talked about his experience.

In order to learn English, young ma Yun often went to the West Lake to be a free guide for foreigners.

As a tour guide, Ma Yun met the Molly family in Australia.

In a foreign country, he saw the new world, saw computers and learned a lot of knowledge…

Ma Yun said that because he went abroad, his life was completely changed.

Only when children see more and try more, what they like and want will be more clear.

When Elon Musk, the founder of SpaceX, was a child, his mother asked him, “what are you going to do when you grow up?” At that time, he didn’t know what he liked.. 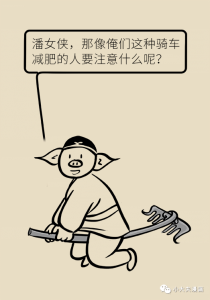 Is cycling healthy? If the posture is wrong, you will suffer! To your friend who robbed your car

It’s horrible! The electric car burned into a fireball while riding, and the father and daughter were swallowed up by the fire… Family: