In the early morning of January 18, a group of old comrades dressed in bright red and yellow colored riding clothes, wearing safety helmets and riding on horses gathered at the gate of the people’s Mall in the old street of the ancient city of Yangzhou. 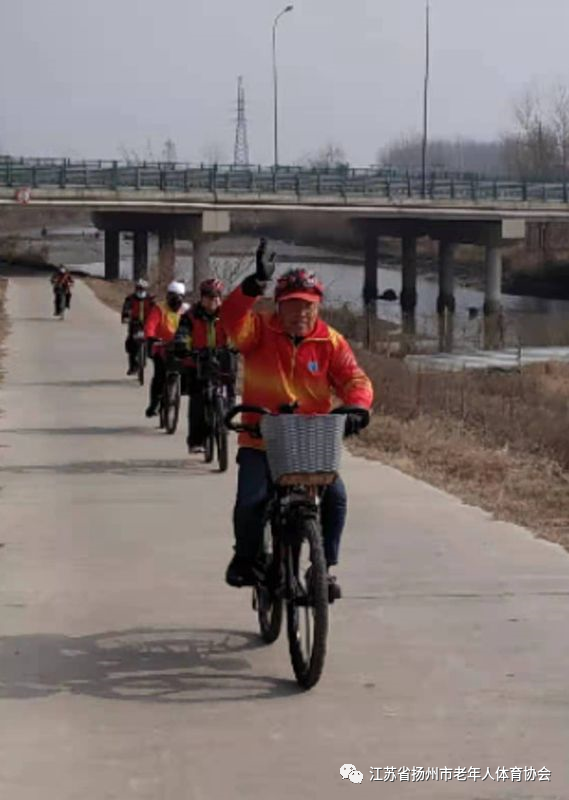 Holding handlebars, they lined up, one by one bright eyed and energetic, waiting for the order to start. 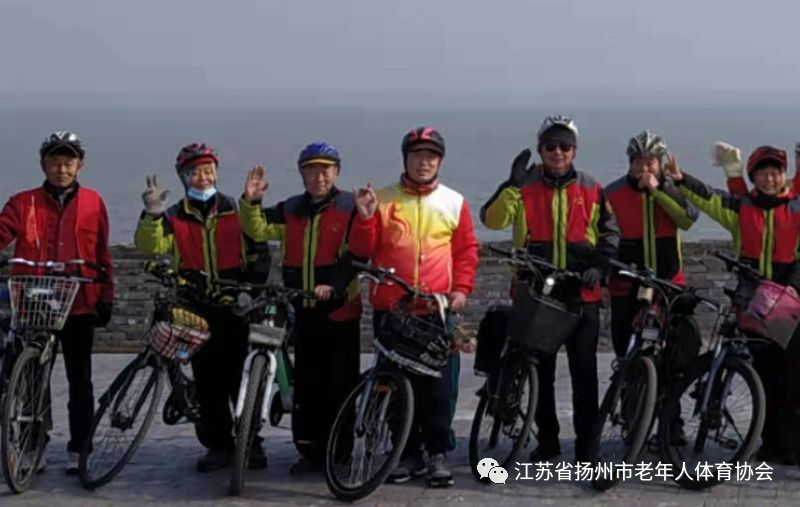 Who are they in the middle of winter? Why not fear the cold to mobilize the masses? They are teammates of the riding sports department of Yangzhou old Sports Association. 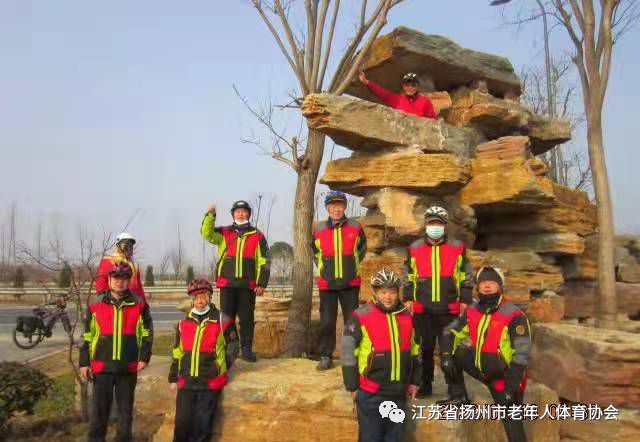 They are practicing a common wish: walking with Olympic athletes to celebrate and welcome the Beijing Winter Olympic Games and Paralympic Games! The team of 15 riders assembled in an instant. 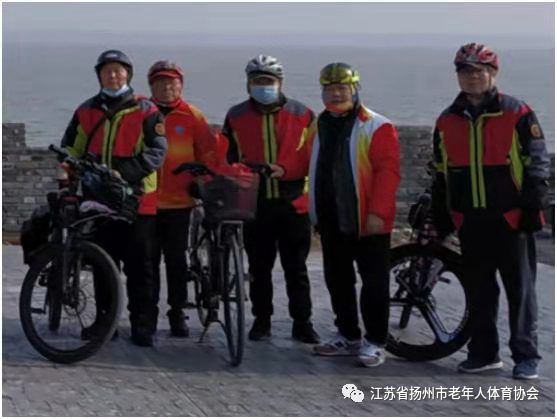 After briefly emphasizing the precautions for riding safety, the team leader gave a command: — let’s go! The teammates lined up in turn and rode neatly in the ancient city area, just like a smart color dragon, shuttling through the prosperous urban area, adding a warm and active vitality to the ancient city in the cold winter, attracting the surprised and praised eyes of the bustling citizens. 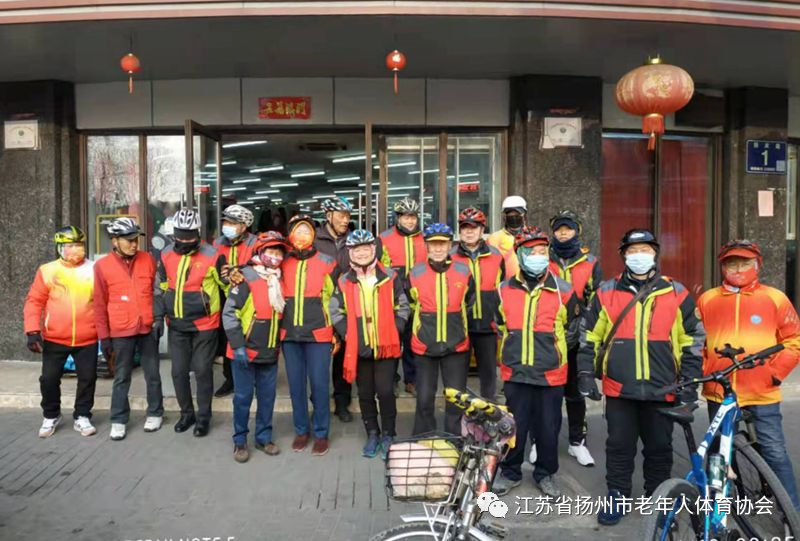 The destination of this cycling activity is the famous lake embankment around Shaobo Lake in Yangzhou.

Out of the urban area, you have to pass through gongdao Town, Ruan Yuan’s hometown in the northern suburb, and then through the famous Intangible Cultural Heritage Village Yanjia village and Fangxiang town where General Zhang Aiping once stayed, with history and scenery all the way.

The rising sun and morning glow shone on the riding team.

Although everyone walked against the wind, their hearts were full of warmth: “we are proud, we are confident, and we move forward all the way”.

The most beautiful riders in the cycling team are three women knights, who go up against the wind and follow the team closely.

Although the male gods are almost old and even old, they all show that they are immortal and hale and hearty.

The wheels whirled, the pedals were light and the speed was stable.

Soon the Shaobo Lake embankment was under your feet.

I saw the boundless wide lake, vast and dense, and the water vapor was steaming.

There were many geese swimming in the lake, cluster by cluster, like white clouds reflecting water, falling on the lake.

There are countless ducks swimming in the water on the bank, floating like ribbons from a distance.

Buffalo can be seen from time to time on the bank.

There are always eight or nine buffalo standing scattered by the water on the slope bank; In the interval, I also saw Aries, although not in groups, but a little white, like cakes and steamed buns, dotted among the colors of Huguang village.

Because I was leading in front, I had no time to stop and take pictures of many beautiful scenery and moving pictures along the way.

I can only feel in my heart: there are still countless beauties in winter, Although the trees are simple and the fields are empty, it gives people a more ethereal and broad sense, and the mind suddenly feels clear and broad-minded.

The fertile land is fallow after harvesting the crops; Not far away, there are red oil drilling and production machines, commonly known as “kowtow machines”, standing in rows, meticulously kowtowing to the earth, as if they were never tired; The lake embankment is curved and long, and the dim shoal is faintly arched in the distance.

It looks like a mighty submarine, dormant in the lake.

A group of 15 riders stretched out a distance of nearly 200 meters from front to back on the winding Lake embankment.

Colored riding clothes, like a bright ribbon, fluttered on the Shaobo Lake embankment.

Some teammates couldn’t help singing, accompanied by the sound of the lake water hitting the embankment, the wind and laughter on the Bank of the lake, bringing vitality to the silent Shaobo Lake in the severe winter.

In the face of such scenery, excited riders took out their mobile phones to capture the beautiful scenery.

Some climbed up the height, climbed the corridor bridge, and some took a group photo to show their affection.

I also took photos and took photos as a souvenir, ignoring that my fingers were stiff and numb by the lake wind.

The beauty is in front of you and the happiness is in your heart.

Through half a day of free riding around the lake embankment, the team members once again realized the significance of “I ride, I am happy, I exercise and I am healthy”.

Cycling can not only bring exercise to the body, but also enhance the pleasure of the soul.

This article ends with a poem written for cyclists the day before yesterday: riding alone to enjoy Qian Mo, I enjoyed myself for nine days.

When you are old and strong, you are more beautiful and dare to gallop in the wind.

There are many heroes riding bicycles in the cycling Department of the elderly Sports Association.

Endless flowers in spring, summer, autumn and winter, waiting for the sunset to shine on the outer suburbs…